JK Rowling: The Colour of Murder 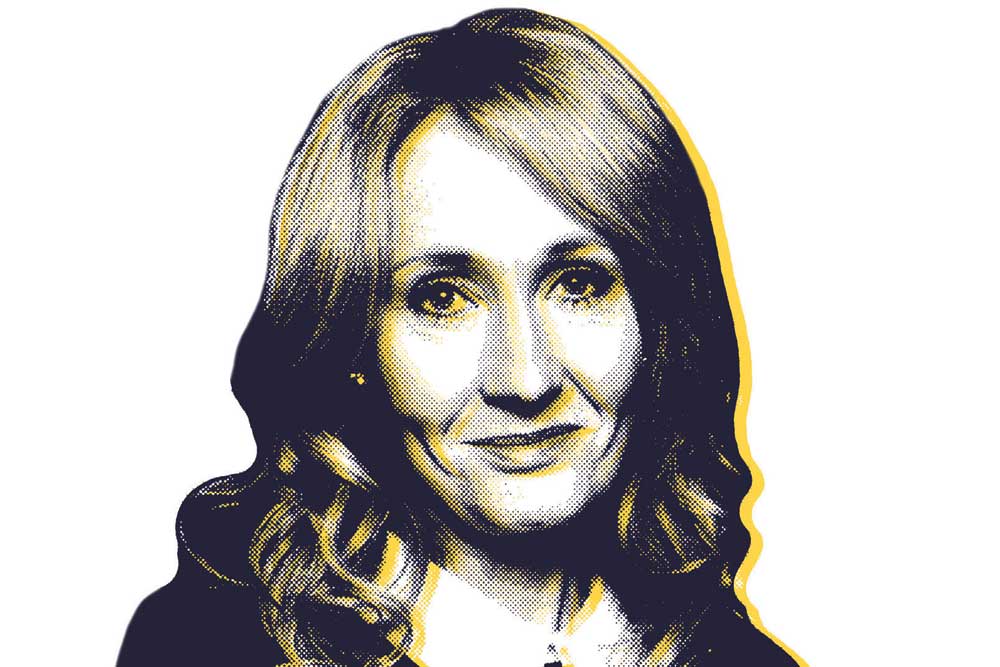 IF EVERY AUTHOR has a particular obsession which shows up in their stories, then Robert Galbraith (JK Rowling’s pseudonym) is most concerned with the unravelling of a love marriage. ‘I think marriage is nearly always an unfathomable entity, even to the people inside it,’ says one character. Rowling has an especially masterful grip on fathoming the mystery and revealing to the reader and to the characters themselves how and why choices are made in love and marriage, and what other choices have to be made to live with the outcomes.

The fourth Cormoran Strike novel is a deeply satisfying read. The mystery itself is shaded in gradually while we, readers, are engrossed in the personal lives of the two lead characters: Private Eye Cormoran Strike and his assistant turned junior partner Robin Ellacott. For those who have not read the previous three books in the series, Strike is the illegitimate child of a rockstar and his supergroupie, and while in the military police lost a leg to a landmine in Afghanistan and now has a prosthetic limb. In the first book, Strike sets up a detective agency, hires a temp (Robin), an efficient and meticulous young woman affianced to an uptight accountant who over the course of the series becomes the secretary and then the junior partner. Strike has no inclination to enter a long-term relationship, having been in a fraught one for more than a decade with an (en)titled girlfriend who marries on the rebound in the first book.

Lethal White begins where the previous one left off—at Robin’s wedding with her childhood sweetheart Matthew and her discovery that her new husband had deleted Strike’s voice message offering her job back. Strike and Robin’s relationship is now fraught with the unspoken attraction simmering between them, even as Robin’s marriage begins to unravel through the gamut of cold silences, furious encounters, tepid rapprochements, suspicion and betrayals.

Set against the background of the 2012 London Olympics, the mystery component begins about 40 pages into this hefty tome with Billy, a mentally challenged young man who comes to Strike’s office and tells him that as a child, he may have witnessed the murder of a girl. He mentions ‘the body was wrapped in a pink blanket’ and a dell. But it is not clear to Strike if the murder is a hallucination experienced by the troubled Billy, who flees in a panic. Strike and Robin, and their new team of part-time detectives investigate Billy’s story, while simultaneously working for a Conservative Member of Parliament, Jasper Chiswell (pronounced Chizzle) who is being blackmailed by a blind fellow-MP’s husband, Geraint Winn, who is in league with Billy’s brother, Jimmy Knight.

As the two investigations intertwine, we are led through the sanctum sanctorum of British Parliament, where Robin, disguised as Chiswell’s goddaughter spies on Winn, and meets his dysfunctional family with the silly nicknames that the British upper crust sport. Chiswell has two daughters, Izzy (who works with her father) and Fizzy (whose husband is to blame for the family’s poor investments), a soldier-son Freddie (whose death in a sniper attack in Afghanistan Strike had investigated while in the Military Police), and a bastard, good-looking black sheep of a son, the half Italian Raff (who has been in prison for killing a young pregnant mother in a drunk driving crash). All of them dislike Chiswell’s voluptuous third wife, a horse mad and troubled diva-ish Kinvara whose marriage too, like Robin’s, is facing a crisis, and who prefers to live in the Chiswell manor, complete with an abandoned cottage and a dell, which may be linked to Billy’s nightmares. A key character is murdered (about 300 pages into the book) and in an Agatha Christie-meets- Raymond Chandler fashion, Robin and Strike use old style detecting (disguises, shadowing suspects) with technological innovations (listening devices hidden in tampons, mobile phones left to record) to unveil the motive for the crime, while also answering Billy’s question: who was murdered in the dell? The denouement, about 600 pages later, while surprising, also strikes the right note.

Each chapter begins with a quote from Henrik Ibsen’s Rosmersholm, originally titled ‘The White Horses’, which is one of the clues in Lethal White. Ibsen’s theme pertains to an unknowable, unstoppable force that comes from the past to trample the present, and is echoed in Lethal White.

While Rowling may be faulted on an excessive use of adverbs (‘glowing gratitude’, ‘asked curiously’) and some purple prose (‘it was four in the morning, the hopeless hour when shivering insomniacs inhabit a world of hollow shadow’) and on an overly long book, the relaxed pace of her storytelling ability is beyond reproach.

In my review of Career of Evil (2015), I had three quibbles: Rowling’s characterisation of the suspects was caricaturish; the distribution of clues was confusing; and there was an inexplicable action on the part of the detectives that postponed the discovery of the murderer. I am pleased to report that at least two of these have been ironed out in Lethal White. The suspects are beautifully etched; there is nothing caricaturish about them. Yes, they conform to types, but Rowling tells the story with ease, sketching the different motivations for the characters who inhabit the upper crust of British establishment (the Chiswell family and friends with their horses, fat labradors and Yorkshire terriers), the rebellious world of socialist fervour (expounded by Jimmy Knight and his girlfriend in demonstrations, pubs and meetings), and the middle- class world (Robin and Matthew and their friends). Since one can distinguish between the characters (unlike in the previous book where the main suspects were monsters), it is also easier to keep track of the clues (or at least most of them).

The mystery component, however, can be criticised for a key omission: if someone is being blackmailed, and several characters know the reason for it but refuse to reveal it, good detectives ought to be able to unearth it much earlier in the book. It would have cut short the book by at least 200 pages or so, and made for a tighter and more cohesive read.

I also have a new quibble: while the spine of the book is the relationship between Strike and Robin, and Strike’s character and motivations vis-a-vis his past and present relationships are nuanced and compelling, the portrayal of Robin’s failing marriage is one- dimensional. I developed a sneaking sympathy for Matthew, who finds himself married to a stranger rather than to his childhood sweetheart, and who is right in suspecting that his wife has romantic feelings for her boss, which she conflates with Matthew resenting her work.

Rowling’s take on evil, however, is more nuanced in this book as compared to the previous books in the series, particularly Career of Evil, where the serial killer had no redeeming qualities and simply blundered down a pre-determined path created in the killer’s childhood. In Lethal White, Rowling focuses on intentionality, where the choice to be better or worse, to commit or refrain from doing an evil act rests with each individual. The book carries shades of a cosy mystery where the source of evil is an envious desire to upend the social order or demonstrate their power. Here, Rowling is following in the footsteps of Agatha Christie whose criminals are one step below (not two or three steps) on the social ladder to their victims. The wronged wife who grieves in silence but is found to be the murderess (Evil Under the Sun), the easygoing doctor who is an unreliable narrator (The Murder of Roger Ackroyd), and so on. The murderer is the one who camouflages his or her aspiration to ascendency.

Rowling also hews close to Aristotle’s depiction of the correct way to tell a detective story—to present the truth in such a way that the intelligent reader is led to create her own mesh of lies. Even the worst criminals should not be portrayed as monsters or caricatures of evil. A reader must be led to believe that the criminal is honourable while a decent character is guilty. By depicting such situations in Lethal White, Rowling exhibits true skill as a mystery writer.

Ultimately, Rowling returns to her point of view in the earlier books that when an individual makes a series of intentional choices to commit evil, then such a person is truly beyond redemption. An engrossing read for a rainy Sunday afternoon.