Philip Pullman’s is perhaps the most important novel yet of the still-young century. It’s a grand tragedy about two brothers—Jesus and Christ. 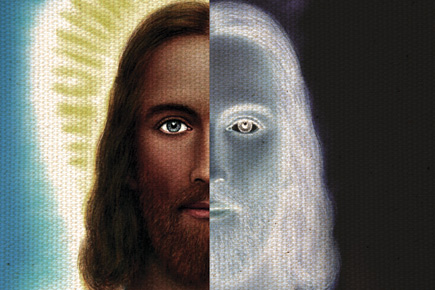 Perhaps the most important novel of the still-young century, Pullman’s opus is a grand tragedy about two brothers—Jesus and Christ.


This is perhaps the most brilliant and important novel written yet in the still-young 21st century. Pullman is one of the least-known genius storytellers working currently, and his His Dark Materials trilogy—The Golden Compass (or Northern Lights, depending on whether you are reading the US version or the UK one), The Subtle Knife and The Amber Spyglass—is in my belief the best epic since The Mahabharat. Call me a fool, but read the three novels before you do so.

Jesus and Christ brings the most ingenious twist ever to a tale about Jesus: he had a twin, named Christ. Rank heresy? Depends on your position on religious faith. Pullman is one of the troika of the most active atheists in the Western world in our times, along with evolutionary biologist Richard Dawkins and writer Christopher Hitchens. But while Dawkins and Hitchens rely on meticulously argued non-fiction, Pullman does it more subtly, through his storybooks which are usually displayed in the children’s fiction section in bookstores, which makes him the most subversive, and perhaps the most influential God-killer in the long-term sense. The Materials trilogy portrays God as a senile geriatric, being carried around by naked sexless angels. In Jesus and Christ, the three ‘astrologers’ from the East come expecting the Son of God to be in the feeding trough in the manger at Bethlehem, and find Christ there, not Jesus, whom Mary is nursing. Was it the wrong selection for the giving of francincense and myrrh? In Pullman’s world, it doesn’t bloody matter.

Jesus grows up extroverted and naughty, and Christ is shy, bright and introspective. Jesus becomes a preacher, hailed as the Messiah, while Christ keeps his distance, though deeply loving his brother. And then come the surprises. According to the Gospels, Jesus was tempted by the Devil when he was fasting. In short, the temptations were: perform miracles—turn stones into loaves of bread, jump from the top of the highest temple, and get plucked off by angels from the air. In Pullman’s novel, it is Christ who offers these to Jesus, who angrily refuses. Then comes an extraordinary passage:

Says Christ (to Jesus): ‘Think of the body of the believers, a structure, an organisation already in place…Groups of families worshipping together with a priest in every village and town, an association of local groups under the advice and guidance of a wise elder of the region, the regional leaders all reporting to the authority of one supreme authority, a kind of regent of God on earth!…And I can see the good rewarded and the wicked punished. I can see missionaries going out bearing the word of God to the darkest and most ignorant lands, and bringing every living man and woman and child into the family of God—yes, Gentiles as well as Jews. I can see all doubts vanquished, I can see all dissent swept away.’ Remind you of something? Jesus rejects the idea.

It is fairly well-established by modern researchers that the idea of the church as we know it was not that of Jesus, but of Paul, who was not one of the original apostles. But to limit an analysis of Jesus and Christ to merely Christianity would be a narrowbanded mistake.

To come back to the story, Christ is now approached by a mysterious stranger who tells him that he (Christ) must record the ‘truth’ of what his brother is doing, beyond the mere ‘history’ of it, which belongs only to time, not beyond that. Christ and his informants take assiduous notes of what Jesus says at his meetings. And Pullman’s reports of the Sermon on the Mount, and his encounters with Mary of Magdala and the 5,000 hungry men are marvels of reportage, never deviating from the broad truth according to the Gospels, but maintaining that it was only common sense and love, no miracles. Yet, the crowds are enthralled, stories are born and retold and spread widely, just as the stranger wants, and he has bigger plans for Jesus, who is, of course, following the diktats of his own heart and nothing else.

Jesus’ tortured soliloquy at the garden at Gethsamene is much discussed (and disputed), and Pullman pulls off his most spellbinding passage from here: ‘Is that what you’re saying to me? That when I hear the wind, I hear your voice? When I look at the stars, I see your writing, or in the bark of a tree, or the ripples on the sand at the edge of the water? Lovely things, yes, all of them, no doubt about that, but why did you make them so hard to read? Who can translate them for us?… God, is there any difference between saying that you are and saying that you are not at all? I can imagine some philosophical smartarse of a priest in years to come pulling the wool over his poor followers’ eyes: ‘God’s great absence is of course the very sign of His presence,’ or some such drivel… Lord, if I thought you were listening, I’d pray for this above all: that any church, set up in your name, should remain poor, and powerless, and modest. That it should wield no authority except that of love, that it should never cast anyone out, that it should own no property, and make no laws, that it should not condemn but only forgive, that it should not be like a palace, with marble walls, and polished floors, and guards standing at the door.’

The central thesis of the novel is that Jesus was a human being by every definition, a Che Guevara figure, an angry perpetual revolutionary, neither perfect nor a power seeker. So who is the anonymous stranger, a man of great erudition and greater foresight and ambition? In Pullman’s world, God and Satan are indistinguishable: they may be just one entity, and his novel carefully defies quick and easy delineations between good and evil as preached by organised religion. A blind beggar tells Christ (a clear reference to Monty Python’s hilarious Life of Brian, the best film made yet on the early days of Christianity) that a cripple who had supposedly been cured by Jesus had been robbed of his livelihood. ‘Begging was the only thing he knew how to do. You and your blether about goodness…Where’s the goodness in throwing an old man out into the street without a trade, without a home, without a penny? Eh? That Jesus is asking too much of people.’ A filthy lame beggar argues that one could see the goodness in Jesus’ eyes, and asks Christ to kiss him, because all that a cripple like him can ask for is some warmth of human companionship. Christ kisses the foul creature, and finds soon after that he has been robbed of his purse.

Whoever the stranger is, he knows he needs a martyr, he needs miracles. And the press—in that age, rumours and noisy tavern chatter and Chinese whispers—manufactured them. I am not going to reveal how it all ends, but I can assure you that you won’t be through with the book after you have finished the last page. What Jesus and Christ tells us is an ineffable truth: the world hasn’t changed much in the last two millennia. We haven’t. And the concept of religion as orchestrated grandeur and pomp rather than humility and love for the least deserving is what we live with. In the end, Jesus and Christ is a tragedy on a grand scale, while pretending to be about two ordinary men, one who is deified and never wanted to be, and the other, confused, but who makes it all much more poignant.