The most imaginative reinterpretations of the Bard are being seen in Asia, says the foremost Shakespeare scholar James Shapiro 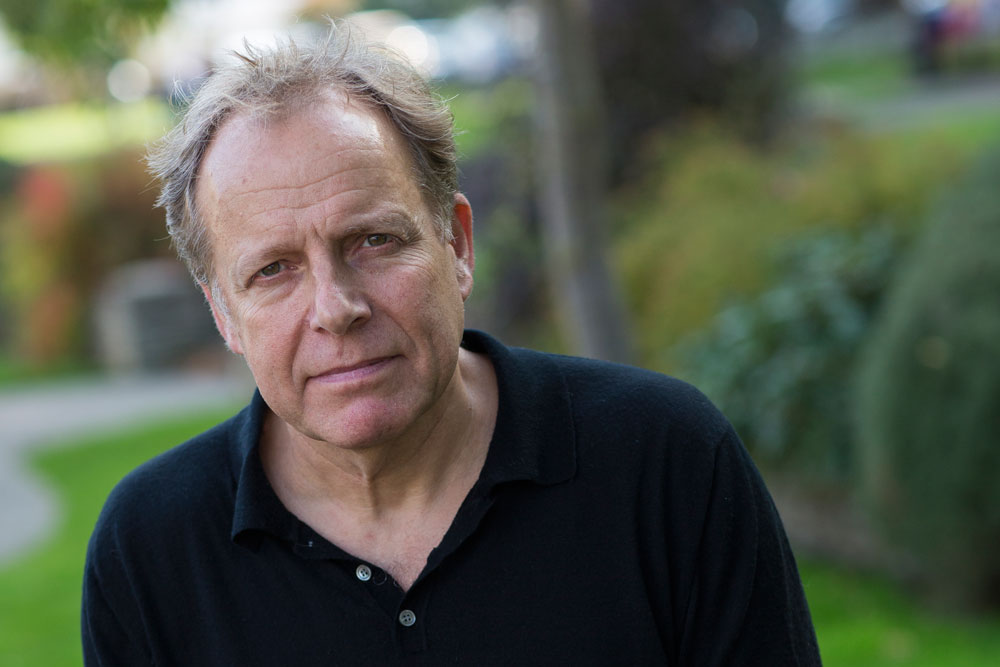 JAMES SHAPIRO, professor of English at Columbia University, New York, is arguably the leading authority on Shakespeare the world over. With half a dozen titles to his name, he has spent much of his adulthood delving into medieval and early modern drama. His most recent book The Year of Lear: Shakespeare in 1606 has won universal acclaim and has been called a ‘dark, enthralling, and brilliant narrative’. It took Shapiro 10 years to write the ‘thick description’ of what a writer’s life was 400 years ago.

Shapiro did not grow up reading and admiring Shakespeare. His interest in the bard was spurred by watching his plays. As a 17-18-year-old he would fly from his home in New York to London and watch 20 plays over 20 days. And found himself hooked. At the Jaipur Literature Festival, he recounted the impact of watching those hundreds of plays, “It was less expensive and more satisfying than any drug I had found.”

In his books, Shapiro doesn’t bother about Shakespeare’s personal life, but is more interested in unpacking his process. His Shakespeare is someone who is making a living as a dramatist and writer among the first generation of writers who could do so with this new form and who could speak to a large and vibrant crowd. He brings him down from the pedestal of an idol to portray him as a dramatist with his own struggles and difficulties. In an email interview with Nandini Nair, he discusses Shakespeare in India and how he is still the best window to our times.

You mentioned that in India and Japan, Shakespeare is being interpreted in innovative and intelligent ways on film. Why do you think that is the case? How has Shakespeare remained ‘contemporary’ to these countries?

The best Shakespeare films, globally or in the Anglo-American world, are ones that, like Shakespeare’s plays in their own day, speak to their cultural moment, revisiting the social and political issues so powerfully explored in the plays. So, for example, Haider, directed by Vishal Bhardwaj and co-written by Basharat Peer, is a brilliant retelling of Shakespeare’s most famous play, one that by controversially relocating the play to Kashmir, brings to the story the same urgency felt by Elizabethans.

When you first saw Omkara and Maqbool, what were the thoughts racing through your head?

My immediate reaction was that they were both thrilling and amazing films that captured something essential about Shakespeare’s great tragedies of Othello and Macbeth, so often lost in productions, especially filmed ones.

You have said that one can understand race and gender relations in the US by examining the actors who have played the lead roles in Shakespeare plays. Is there an actor or actress who you wish to see as a Shakespeare character, someone who is ready for the role but hasn’t been cast yet? Who would that be and in which role?

I’m excited to see Paapa Essiedu, a Black actor, play Hamlet for the Royal Shakespeare Company later this year. I’m no less excited that Phyllida Lloyd will be staging The Taming of the Shrew—a disturbing, even toxic play—with an all-women cast this coming summer for the Public Theater in New York. If I could choose one actor in one role, it would have to be John Douglas Thompson, a supremely talented Africa-American actor, in the role of Coriolanus. He has played Macbeth, Othello and Tamburlaine brilliantly, and I think he would put his mark on this too-rarely-staged tragedy.

You have written about how the audience at the time of Shakespeare was used to complexity and he nurtured that. Do you think today’s theatre audience (in the US or UK) is accustomed to the same kind of complexity and nuance?

I do. Never condescend to audiences— or underestimate them. The challenge is to prepare directors and actors to master the language and issues of Shakespeare’s plays; if they understand the plays they are staging, audiences will too.

Over a span of 400 years, why has no other playwright come close to Shakespeare?

It’s a shame that the plays of so many of Shakespeare’s great contemporaries are not staged today. If playgoers had a chance to see John Webster’s The Duchess of Malfi or John Ford’s ‘Tis Pity She’s a Whore performed as regularly as Shakespeare’s tragedies, they might wonder why Shakespeare alone stands as ‘the god of our idolatry.’