Ayaan Hirsi Ali once supported the fatwa on Salman Rushdie. Today, she believes that the notion that the US is attacking Islam is a conspiracy theory. 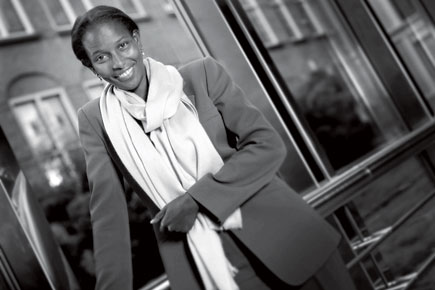 Ayaan Hirsi Ali once supported the fatwa on Salman Rushdie. Today, she believes that the notion that the US is attacking Islam is a conspiracy theory.


When the controversial Ayaan Hirsi Ali spoke at the Jaipur Literature Festival in January, her appearance was veiled in secrecy and announced only a short hour before the event. Even the festival bookshop was unprepared and had no copies of her book, Infidel, for fascinated readers to have signed by the woman whose dramatic memoir has been described as ‘simply a great work of literature’, and who is widely known to be under fatwa for her vocal criticism of Islam.

In a secured space at the festival, the beautiful Hirsi Ali talked about her childhood experience of Islam as it moved “from benign superstition to a militant form” and her own initial involvement in “the growing group which knew right from wrong so clearly”.

Hirsi Ali’s father is a Somali politician and revolutionary opposition leader. Her family left Somalia, settling in Kenya, when she was eight. In 1992, when she was 23, she sought and obtained political asylum in the Netherlands.

While she had once supported the fatwa against Salman Rushdie, exposure to Western liberal thinking now, she says, showed her an alternative moral system, one that was not based on religion. “This caused me to question certain tenets which seemed unreasonable to me… But it was not possible to have a discussion beyond a point… There are those who use Islam as a tool to gain power and anyone with a question is simply cut off, as I was. I was accused of living in sin.”

“In my film Submission, I showed women in positions described in the Quran—under a veil, being beaten, being stoned to death for adultery—
with the specific verses prescribing these remedies inscribed on their bodies. It is a very gentle, beautiful film.” The producer of this supposed gentle, beautiful film, Theo van Gogh, however, was murdered on an Amsterdam street in 2004 by a militant who left a death threat to Hirsi Ali pinned to the body with a knife. After this, she went into hiding under the protection of the Dutch government.

Due to her education and experiences, she speaks six languages: English, Somali, Arabic, Swahili, Amharic and Dutch. She recalls: “I began
reading the Quran with a critical mind and at first I hated myself for doing it, but in 2002, I renounced Islam and became an atheist.”
“I wrote articles and tried to draw attention to the need for reform. I am not the first to do this. A group approached Dutch parliament with a bill to reduce the legal age of marriage for women to 15.” The Prophet Muhammad may have married his wife Ayesha when she was six. This was normal at the time but is a crime under Dutch laws today, she says.

“I believe that the Quran should be examined line by line and modified to the present times. Every religion has fundamentalists, and in other
societies, their ideas are discussed…there are various forms of criticism. It’s only in Islam that a group of power brokers will not allow this criticism and that is the risk to global peace.”

“Consequences are also easy to see. After Partition, Pakistan followed Shariat—and today India is economically much more successful.”
Hirsi Ali’s talk was eloquent and moving but the audience felt let down when in answer to questions about America’s attack on Islam and the American reliance on Saudi oil, she said, “On 9/11, it was America that was attacked! They have given so much money to Arab countries!
They have made mistakes. But the idea they are attacking Islam is a conspiracy theory.”

Said one viewer: “It seems she has a tendency to get brainwashed—as she was by militant Islam when she was younger, and now by the American Enterprise Institute.”