Interpreter of a Malady

Piketty needs his critique of capitalism shorn of overreach, not overhyped 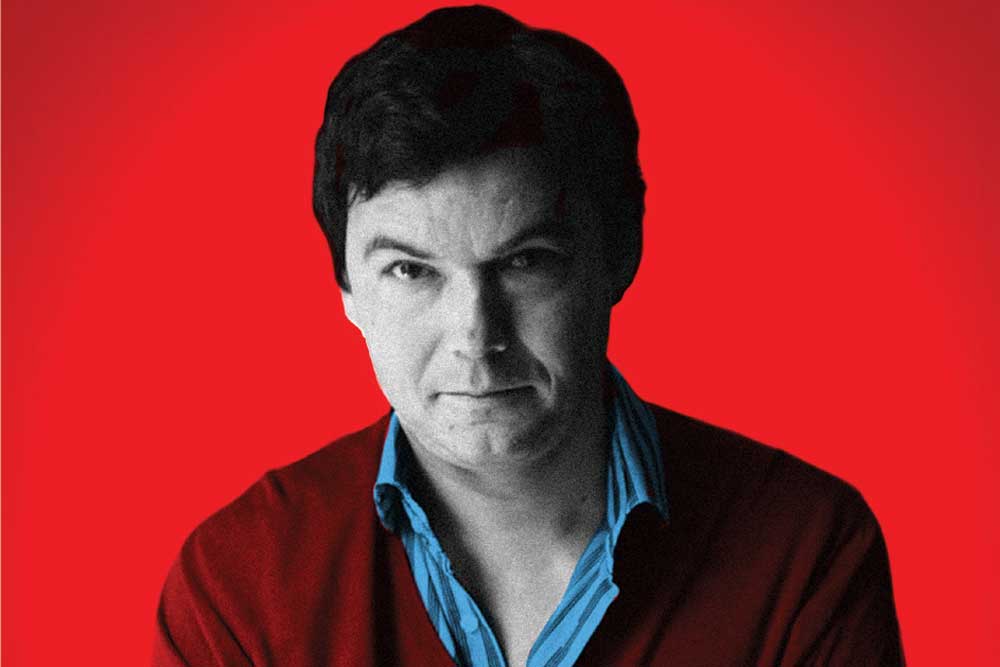 OF ALL THE questions stirred up by Thomas Piketty’s Capital in the 21st Century (2014), the most relevant might well be this: Is inequality too important to be left to economists? It arises again, now that Swedish researcher Jesper Roine has ventured out to rescue readers knocked cold by that data-laden groan-evoker of a volume with Pocket Piketty, his handy little guide to explain—ahem—‘the biggest economics book of the century’. Hype aside, it does a fine job of the original book’s primary purpose. It pricks your conscience alright. And that too with the ease of a pickpocket who’d have you kick yourself for your negligence.

What Piketty has startled the world with is his apparent validation of an ugly aspect of capitalism: the rich get richer faster than the rest can hope to catch up. With some three centuries of data drawn from the West under his lens, he has shown that barring an extended American blip from World War II until 1980 or so, the rate of return on capital over the long run has been much higher than the overall economy’s rate of growth. What this implies ought to make us squirm. Broadly speaking, all income goes to capital and labour, the two classic factors of production, and the first has been expanding its share at the cost of the second. If this trend is true (a few critics contend not), then the future looks grim. For one, it shatters the delusion of the so-called Kuznets Curve, which relied on blip-era charts and lulled the lazy into expecting inequality to worsen before getting better in an emergent economy. For another, it finally backs with hard numbers what has always seemed obvious: so long as money made off money beats what is earned working, owners of capital will leave others further and further behind no matter how hard they slog. Of course, there’s no clear-cut divide between capitalists and employees any longer, and Piketty acknowledges as much. Business tycoons are pushed by market competition to toil hard, too, and recruits often have equity shares of their own.

That Roine should sound somewhat thunder-struck by Piketty’s critique is no surprise. He is not alone. The fairness of capitalism—or lack thereof—has rarely ever been put under such severe statistical scrutiny, and the evidence is alarming. So it’s a pity that Capital pickets itself into an ideological corner with a hoary Marxist placard at the end of an elegant exposition. To Piketty, the ideal way out of inequity is to tax away vast chunks of wealth for the benefit of have-nots—as if this can be done without the state turning to tyranny.

Is there a less reactive way to address inequality? An equitable economy, one had hoped, would be aided by a shift away from the industrial age. Instead of education and openness serving just to enhance the ‘productivity’ of capital and labour, a creative combine of information and imagination (I+i ) could plausibly play an exponential role in an economy’s output. In theory, if value generation per se were to transform into a function of stuff available to all, the dispersal of its rewards would surely get wider and wider. Alas, it hasn’t panned out that way, has it? That enabler of a better world, the exponent I+i, seems stuck in dismal decimals. The industrial paradigm lives on.

Meanwhile, the young everywhere are being asked to go capitalist en masse. Practical advice indeed, except that they get loans at interest rates far higher than do big-name industrialists. Credit allocation goes by the market’s scale of who is worthy of what. If this process has an inherent inequity, it’s at least partly because moolah has hardened into the mould of an authority that brooks no defiance. Money, you see, is ‘awesome’. And how this happens, why awe is so damn easy for some things to command, is not for an economist to explain.

Piketty may have interpreted an important part of the world. But his book will not change it.