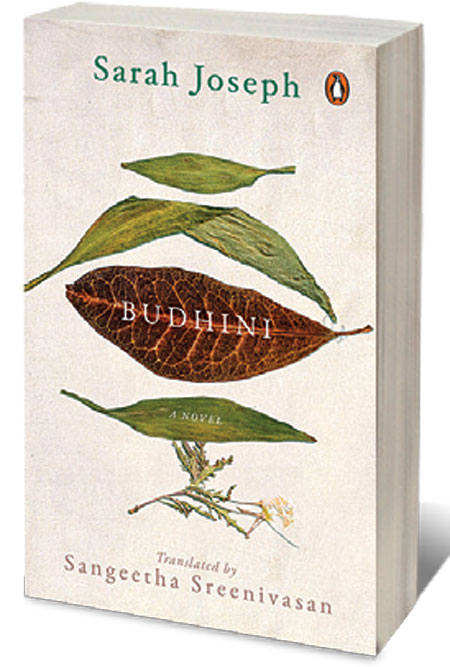 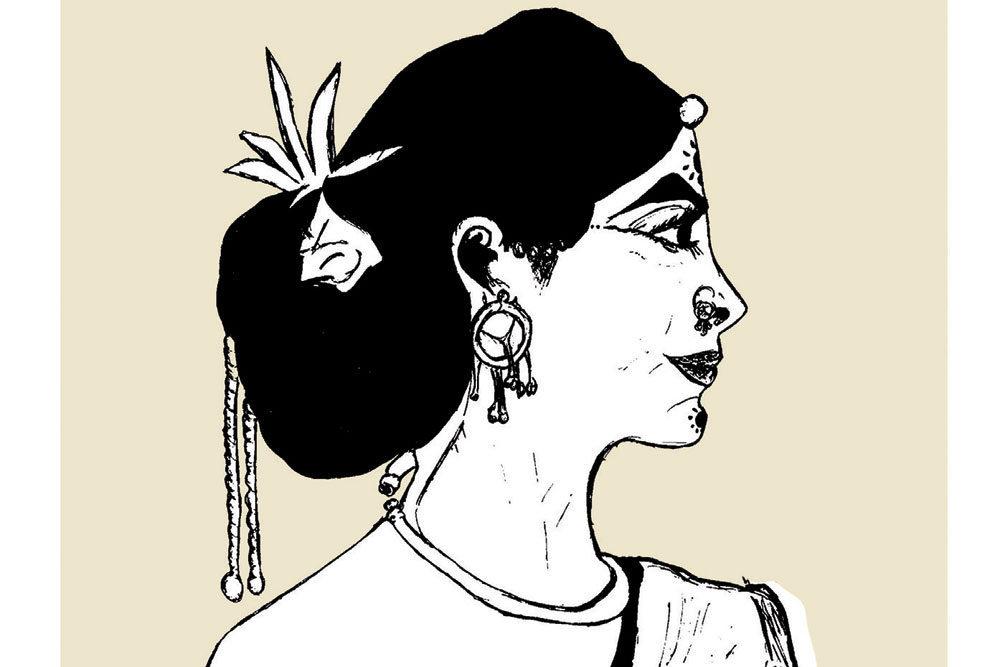 
ON DECEMBER 6TH, 1959, when former Prime Minister Jawaharlal Nehru inaugurated the Panchet Dam on the Damodar River, in present day Jharkhand, a 15-year-old Santhal girl who was a labourer at the Damodar Valley Corporation (DVC) was asked by the company to welcome Nehru by garlanding him. This honour ended up as a lifelong-nightmare for the young girl; she was cast out of her tribe for ‘marrying Nehru’, and also dismissed from the DVC without reason. She disappeared soon after. In her novel Budhini, Sarah Joseph, acclaimed Malayalam novelist, has sketched the fictional life of Budhini Mejhan, once dubbed ‘the tribal wife of Nehru’.

The writer came across the story of Budhini at a protest meeting for a proposed dam in Kerala, and there began a quest, which lead her not just to Budhini, but also to the stories of numerous others who’ve been displaced and made invisible. Discovering how 75,000 families had been robbed of their existence with no rehabilitation, by a welfare state that was still finding its foothold, brought on this sensitive documentation of uprooted people. It speaks for the banished, in the name of development, across the globe.

The Budhini thread opens and concludes this brilliantly crafted novel. Alongside are a number of other protagonists who shared the human cost of nation-building, their lives swallowed by coalfields and dam water. Their days—flavoured by sal leaves, perfumed by the genda, livened with the melody of tiriao (bamboo flute), the rhythm of dhak, dhanak, tamak, and the dance of life—are suddenly walled up by water. They understand the Damodar River flooding every year, but are caught unaware by the devastation caused when the dam becomes functional. The community loses their dancing grounds, forever; and are thrown out onto the streets at the mercy of the ‘dikus’ (outsiders) for the rest of their lives, stripped of their farm, their forest, even their history.

Joseph sketches the onset of the catastrophe in visuals that impact the reader with terrible foreboding; “All of them saw it. Each day, by daybreak, the woods seem to have marched some miles away. Earlier, the forest was straight across the fields. Later, a view became possible from only the lower dale. And then the forest was seen climbing up the hill. It seemed like the woods had settled on the summit for a while. And then the forest started climbing down. The blue curtain that had been draped across the village had been folded and set aside, leaving Karbona naked.”

The first impact of the dam deluge is shown by what is thought as a rainless flash flood. The flood soon leads to loss of livelihoods, an exodus, the search for jobs, and the reduction of a full life to nomadic survival. Budhini snubs all our urban arguments with her concluding comment, “Nation! What nation? Which is my nation?”
The post-dam-deluge ordeals are laid out in a narration by Rupi Murmu, a grandchild of Jagdip Murmu, a relative of Budhini, who researches ‘The Other Side of the Great Indian Temples’ (a reference to Nehru’s term for dams, ‘Temples of Modern India’). Budhini, assumed dead, is traced down by Rupi. As she chases trails the reader comes to know other inhabitants chased out from an alluvion, and the reader learns of Santhal history in association with the early Independence movement. We are reminded that the marginalised were one of us but were not treated so when a new country coveted development.

Backed by rigorous research into Santhali life, complete with tangible character sketches, this is a novel that will stay long with any reader. Published first in Malayalam in 2019, after being serialised to acclaim, the English translation is by writer Sangeetha Sreenivasan, who is also the daughter of the novelist. The translation feels like the perfect flute accompaniment to the glorious vocals of Budhini.