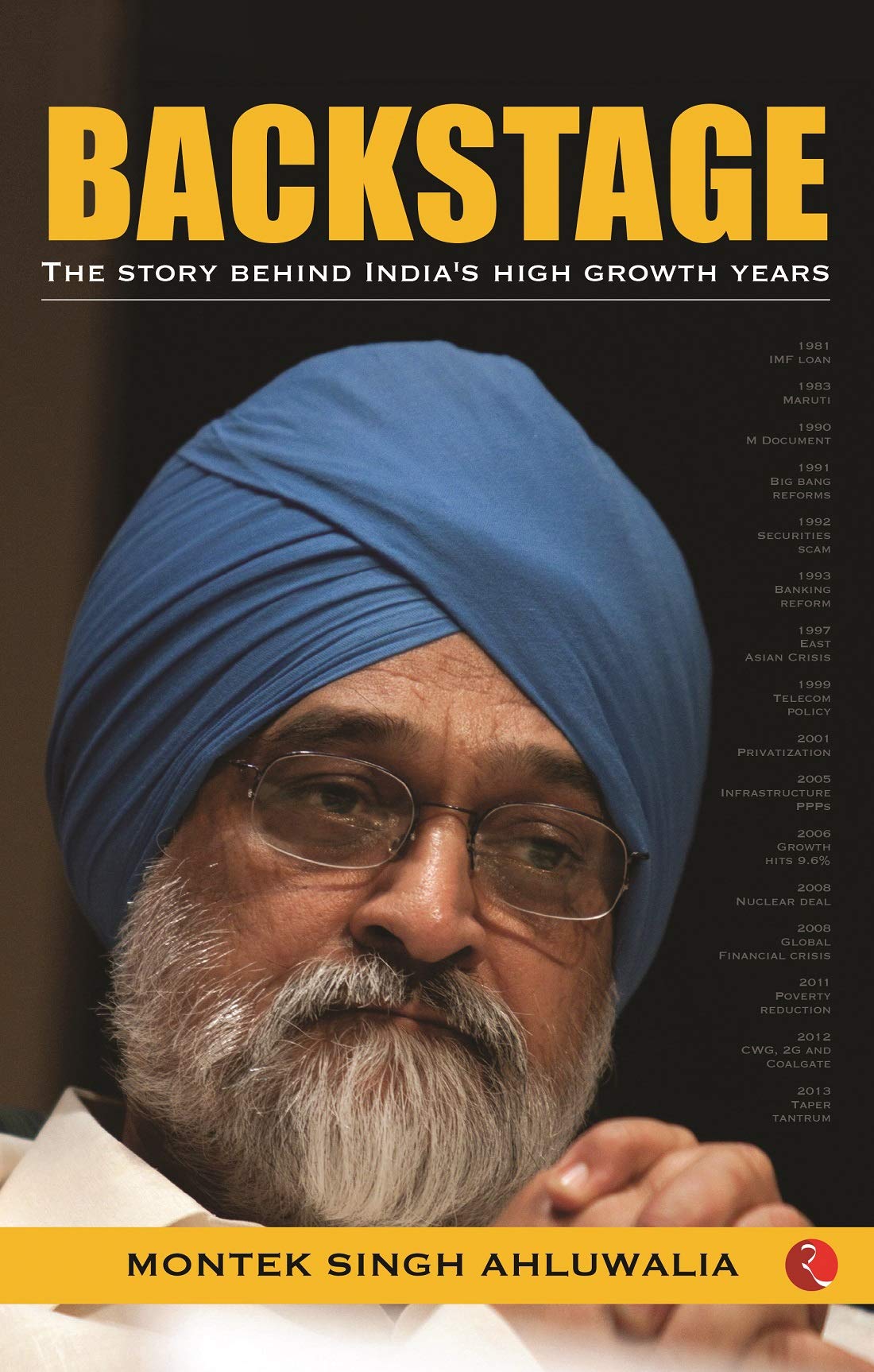 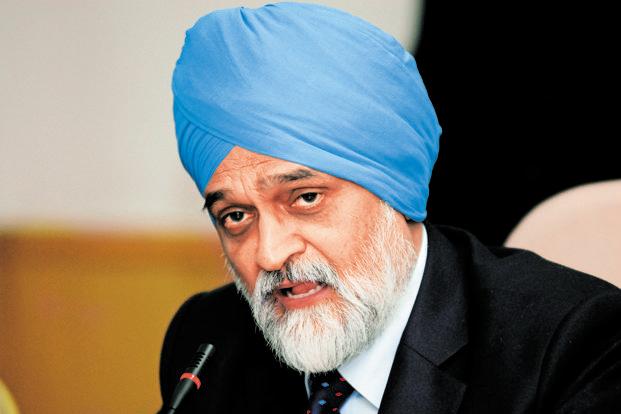 
Reading Backstage, one observation that lingered was the claim that Manmohan Singh had the longest continuous stint as PM since Nehru, overlooking Indira Gandhi’s claim. On further reflection, I felt that it was one of the minor errors.

Montek starts with a caveat; it is not a memoir, but a ‘travelogue of India’s journey of economic reforms.’ He avoided the word memoir as someone called them selfies in book form.

When he and Isher left plush jobs in Washington to return to India, Raj Krishna had just coined ‘Hindu Rate of Growth’, and China had just embarked on its reforms. Morarji Desai was PM, and Manmohan Singh, Finance Secretary. Rising to become Finance Secretary, and later Deputy Chairman of Planning Commission, Montek witnessed the reforms as it unfolded.

The book has interesting anecdotes, and insights into key events, including how the Indian reform experience differed from China’s. But, the disappointments are many.

Attempts at anointing Manmohan Singh as the architect of reforms could make even Manmohan cringe. That Narasimha Rao was the father and architect of reforms is well established, with even Daman Singh, Manmohan’s daughter, quoting her father to say that Narasimha Rao deserved credit for the success of the reforms, with his determination and courage.

The coverage of financial sector is sketchy. Missing are the sordid chapters of granting licence to BCCI (the bank, denied licence earlier by Manmohan’s predecessor, IG Patel), Indian Bank recording the highest loss in Indian banking, and Global Trust Bank, folding up in ten years. The developments in the stock market, commodity and financial derivatives, and payment systems get omitted. There is hardly any insight from Ahluwalia’s seven years on the Board of the Reserve Bank. Forgotten in this travelogue are the Mistry and Srikrishna Committees, Raghuram Rajan’s Committee finding a passing mention.

Quoting Narasimham Committee, that supervision be moved to another body, he says that if this was done, ‘we might have avoided some of the problems with bank lending that surfaced much later.’ In one stroke, he sweeps responsibility for the current banking mess at the Reserve Bank’s door. It then becomes convenient to forget ‘phone banking’, and regulatory capture through the finance ministry’s persistent and pervasive interference in public sector bank functioning. No wonder that Narasimham had also wanted the Banking Division to be abolished.

Also misunderstood is the JPC Report of 1992, which did name top functionaries of RBI. The one who deserved admonition was a banker handpicked in 1982 to enjoy a ten-year tenure as Deputy Governor, that covered Manmohan at the helm. Forgotten is that it was Venkitaramanan, the Governor, who blew the whistle and investigated the source of funds for the stock market boom. Also misunderstood is the history of computerisation in RBI which started in the 1960s and not with the JPC. Successive Governors, including Manmohan, are answerable for the slow progress.

Montek’s lucid explanation of corruption that plagued UPA-II is spoiled by an endorsement of Sibal’s false analogy comparing 2G licensing with subsidised water. Cheap 2G creates rent to be exploited by many. Cheap water does not create such opportunities. Misusing public office for private profit is what corruption is.

Wading into politics, he suggests that NDA projects were initiated by UPA, not explaining why they were stuck. He credits UPA for Right to Information Act, 2005, at the core of which was Vajpayee’s Freedom of Information Act, 2002. Also appropriated are the JAM trinity and highway projects.

Ahluwalia owns up to advising Manmohan against resigning, after the ordinance tearing episode. He unwittingly projects Manmohan as without an independent view, or unable to stand by his convictions. Daman Singh writes that the Ahluwalias were the only couple that her parents socialised with, staying with each other, having known since the 1970s. She adds that Manmohan was ‘instrumental in Montek joining him in the finance ministry…’ though Montek suggests otherwise.

The book compares less favourably with those of earlier financial bureaucrats from CD Deshmukh and BK Nehru to IG Patel and YV Reddy. It remains a selfie, mentor in the foreground, rest photoshopped to obscurity. For a clearer picture of reforms, await another travelogue, complete and credible.