In the Land of Blue Hills 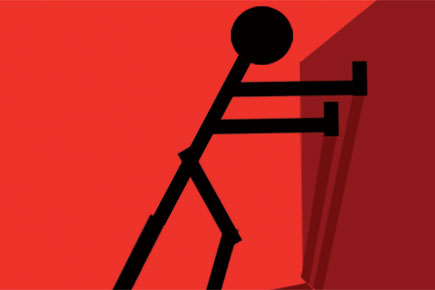 To read an Imran Hussain story is to experience a postmodern affinity with the process of creation. I say ‘postmodern’ because the end of the story is not the end of the wondering and the anxiety: why did it not take any of the half-a-dozen trajectories that you thought it would? Little by little, the story assumes a larger-than-life meaning for you, deeply challenging your own ideas and identities: it is then that you become the Barthesian reader, insolent enough to assume an equal part in the creative process. This, in a nutshell, is Hussain’s art, exemplified by the superb new collection The Water Spirit and Other Stories, Mitali Goswami’s translation of Hudumdao aru Anannya Galpo, the original Assamese book (published 2003, Sahitya Akademi).

In the story Jatra, we get a glimpse of the difficult train journeys that firewood seller Rabeya has to undertake. Her niece Dulali is surprised at her aunt’s ability to silence a very male-dominated train population through her foul-mouthed speech. This is a story of ‘an enraged tigress’ taking recourse to slang and invective to overthrow the inherently phallic nature of language and religion. Rabeya and later Dulali know that in order to defeat the ritual of abusing women, they need to break the linguistic order. A tender version of Rabeya would be Chandraprava, wife of Jagat Mahaldar in the story Utsav who disliked the animal cruelty meted out during Uruka’s Moh Juj (Buffalo fight). She bursts out in ‘uncontrollable rage’ against the sadomasochism in these games—in no way were a group of the Mahaldar’s friends less animalistic when they bet an old opium addict to finish a basketful of bhoot-jolokia (red hot chillies). They derived pleasure in seeing the old man’s suffering, his blood-stained vomit.

It is important to note here that not only is this suffering, it is ritualised suffering, orchestrated and executed for the pleasure of the elite. Hussain’s genius is in making the reader complicit in this process. Franz Kafka once wrote: ‘Art for the artist is only suffering through which he releases himself for further suffering.’ This holds true for most 20th century writers. However, with the coming of the 21st century, we have invented a new artist: the reader, and the reader’s suffering looms large as a literary and a philosophical question. In a way, both Kafka and Hussain meditate upon the crisis of the reader placed within a social structure, from where the only gateway to survive oppression is rebelling in strategic ways, every single time. But rebellion, too, eventually becomes an organised, familiar exercise and ceases to be subversive in the eyes of commoners.

Togor, the protagonist of Pokhila (The Butterfly) walks down the post-puberty path, one full of sexual exploitation until she learns the key to survival. This story symbolically explores menstruation, a taboo topic in Assam, with references to a dream where a butterfly seeks freedom. The organic nomenclature of characters is what strikes me—Togor, whose name is derived from a white, sweet-smelling flower, totally subverts the flower-like qualities in her mother Golapi (the rose-like woman). Then, in Hudumdao, another masterful story, the protagonist Behula’s name evokes Sati Behula (as mentioned in the afterword), the woman who coaxed Yama, god of death, to return her husband. The story revolves around a ritualised fertility dance performed by women in the nude: the Hudum puja. In Hussain’s story, however, religious power is not enough—Behula does not bring back her dead spouse but she avenges his death by killing the Jautadhar, the man who had him killed. In general, Hussain’s women have tremendous survival skills, honed no doubt by the abundance of real-life Yamas all around them.

Hussain’s fictional landscape is set in Goalpara and Dhubri districts in Western Assam, a rich cultural zone marginalised in mainstream Assamese literature but blessed with a diverse range of languages and dialects. In the original book, these dialects lend a unique flavour to his characters. This is also a hint at how, in spite of linguistic differences, common people find their gateways to resist oppression by the powerful. The colloquial rural essence is retained rather well in Mitali Goswami’s translation. A teacher of Political Science in Sipajhar College, Hussain is a bona fide original. In the book’s original preface, he wrote that his stories are ‘an endless quest for historical research and knowledge’ because he ‘believes in the subsequent births of an author rather than the death of the author’.

One must not miss the last story Bosikaran (The Enchantment). I am optimistic that Hussain’s antaheen yatra is going to open new doors for literature in regional languages, and will encourage readers, young and old, to take renewed interest in such literary experiments.