Britain was not a benign overlord 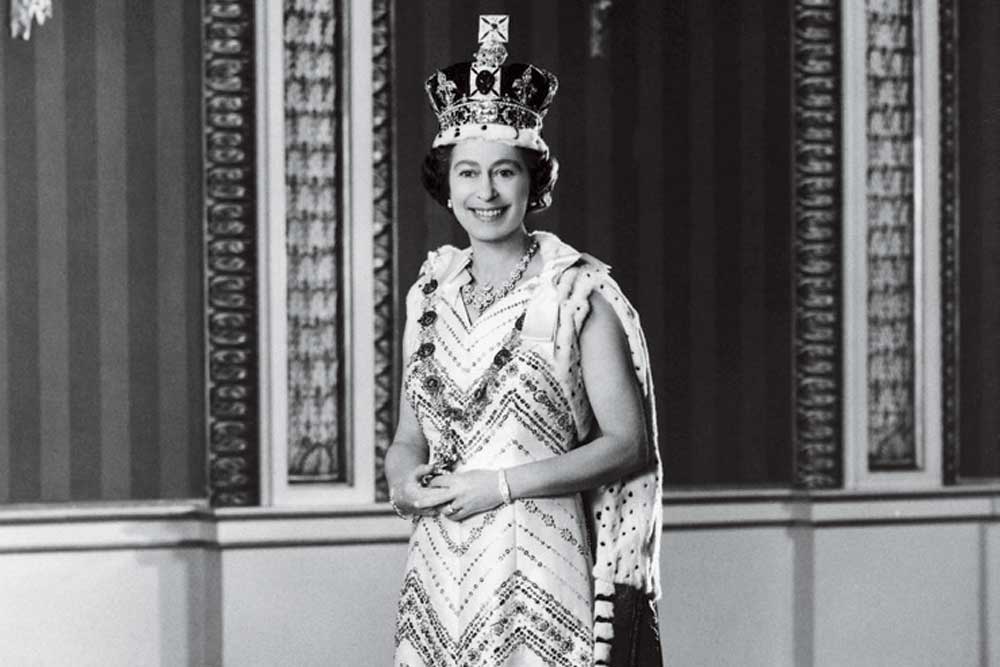 INDIA WAS THE jewel the crown lost in 1947. The Kohinoor is the jewel still embedded in the crown that the late Queen Elizabeth, the Queen Mother, wore. Linked by a gem that is uniquely Indian, the two books bear witness to a continuing fascination with an institution that came to an end nearly 70 years ago. There is satisfaction for a stricken Britain in savouring the triumphs of its imperial achievements.

For Indians, those years of foreign control, when a modern nation crystallised out of the ruins of the Mughal Empire beset by a jumble of aspirant kingdoms, seem halcyon in retrospect.

The books also overlap at a more fundamental level. They represent a new generation in chronicling the history of empire. While Rudyard Kipling and Sir Henry Newbolt (among others) gloried in Britain’s dominion over palm and pine, more recent writers like Jan Morris who evoked the nostalgia of the Raj remain studiedly neutral when it comes to morality. Now, post-decolonisation literature assumes that the Afro-Asian nationalistic image of Britain as a greedy and grasping power clinging tenaciously to its jewels, literal or figurative, was not too far off the mark after all. Neither book reflects creditably on the projected self-image of Britain as a benign nation with a sense of mission towards less fortunate peoples.

It’s not Walter Reid’s style to beat about the bush. His excellent and original work proclaims its purpose in the title: Keeping the Jewel in the Crown: The British Betrayal of India. William Dalrymple and Anita Anand also talk of imperial greed and chicanery in Kohinoor: The Story of the World’s Most Infamous Diamond, but a niche topic and a stylishly racy narrative masks the thrust of their tale and makes it sound less censorious. Their story reads like a thriller, but it is the story of India through the centuries that unfolds in the blood-curdling adventures of a stone that “had become in the lapse of ages a sort of historical emblem of conquest in India”, to cite Lord Dalhousie. This sophisticated version of the ‘adventures of a rupee’ essay that children used to be instructed to write once upon a time travels far and wide along perilous trails to demolish many myths. Perhaps the story that ever since Queen Victoria allowed him to hold the diamond, Duleep Singh referred to her as ‘Mrs Fagin’ —receiver of stolen goods—is one of them, since it finds no place in this book. Dalrymple and Anand also tell us that the view that Duleep Singh wasn’t Ranjit Singh’s son and that his mother was a scandalous whore is the product of British propaganda.

Whatever his lineage, Duleep Singh, who was the subject many years ago of a full-length biography by Michael Alexander and Sushila Anand (a relative?), gets short shrift from the present authors. That is as it should be. Max Beerbohm’s dismissal of George IV’s estranged wife, Caroline of Brunswick—‘Fate wrote her a most tremendous tragedy, and she played it in tights’—could also apply to this Sikh-turned-Christian-back-to-Sikh gadfly of a man who would be king. In itself, the Kohinoor, whatever its price, is not of much consequence. It’s impossible to take seriously a claimant’s contention that it is ‘part of our history and culture’. Yes, it’s loot, unethical and immoral plunder, for the British. But who is the authentic owner? India, Pakistan, the Taliban, Afghanistan or Iran? A profusion of technical details regarding size and weight and pages of notes and supporting information is rather tiresome. Unlike the Elgin Marbles or the Rosetta Stone, the diamond isn’t an example of human creativity. Inder Kumar Gujral’s refusal to ask for the diamond is not mentioned though a ragbag of claimants is listed. When pressed to stake a claim, Gujral retorted, “India’s wealth does not depend on the Kohinoor. We have several Kohinoors in our treasury—not the stones, but the wealth as such—so I hardly think about such things.” Sensible man.

If at all the bauble has to be taken seriously, it’s only because of the history of rapacity and cruelty it invokes. It also raises questions about another trinket not mentioned here. That is the Imperial State Crown of India that a London jeweller made so that George V and Queen Mary could play-act as Emperor and Empress of India and receive the homage of the Indian princes at the Delhi Durbar. The crown cost the impoverished Indian exchequer £60,000 in 1911—how much is that today?—and was also whisked away to the Tower of London. This useless crown was a criminal waste of Indian money, but is still better off there than among squabbling claimants here and the permanent risk of its stones being prised out and replaced with glass.

Reid’s thesis needs no such accidental justification. But it must be treated as part of an overall re-evaluation of British colonialism rather than a definitive indictment. Take, for instance, Lord Irwin’s Declaration of October 31st, 1929, which stated clearly enough that “the attainment of Dominion status” was the objective of constitutional progress. Reid marshals a range of dignitaries who deny the very idea of Brown India ranking with White Canada in the forseeable future. He would have readers believe it was all spin. Perhaps that can’t altogether be brushed aside. But it strains credulity to think of the viceroy, secretary of state for India, the prime minister, the leader of the opposition, backbench members of parliament, newspaper proprietors and even the King, who did not otherwise interfere in politics but obviously took his emperor role very seriously, all hatching conspiracies to delude the world by proclaiming exactly the opposite of what they planned to do. That would be too perfectly Machiavellian even for ‘perfidious Albion’.

It’s more likely that since ‘every word (of Irwin’s Declaration) was subjected to analysis and exegesis’, agreement eluded all the parties. As Reid says, ‘It was impossible for two people to be sure that they meant the same thing by the same words.’ Since both sides merrily prevaricate and equivocate, the Britain-India encounter was between two practised and persistent poseurs. No wonder all those pacts and conferences led nowhere. Neither side said what it meant or meant what it said. Yet, there is the ring of truth in the very pomposity of Macaulay’s boast quoted in Reid’s very last paragraph—that Indian independence would ‘be the proudest day in English history. To have found a great people sunk in the lowest depths of slavery and superstition, to have so ruled them as to have made them desirous and capable of all the privileges of citizens, would indeed be a title to glory all our own’.

Two further points. First, Reid brings out, without labouring the point, the racism of the British Raj. Unhappily, this begins with an avoidable howler. Quoting Lord Minto, the viceroy, writing, ‘Sinha is comparatively white whilst Mookerjee is as black as my hat!’ when the first Indian was being selected to join the Viceroy’s executive council, he assumes the latter was Syama Prasad Mookerjee. A little research would have told Reid that the Jana Sangh founder who died in custody in Srinagar was only eight in 1909 when Satyendra Prasanna Sinha, the only non-White raised to the hereditary peerage, joined the viceroy’s council. The Mookerjee rejected on grounds of colour was probably Sir Rajen Mookerjee, the brilliant industrialist, whose son, Sir Biren, was known as the ‘Black Knight’, after the whisky. It’s an unfortunate slip in an otherwise meticulously researched pioneering study whose dismissal of the Raj as ‘an unsettling story of deceit and double-speak’ will appeal to many in both countries. Second, no assessment of British rule is complete without noting Manmohan Singh’s acknowledgement when accepting Oxford’s honorary doctorate of civil law “that India’s experience with Britain had its beneficial consequences too. Our notions of the rule of law, of a constitutional government, of a free press, of a professional civil service, of modern universities and research laboratories have all been fashioned in the crucible where an age-old civilisation met the dominant Empire of the day.” He went on to mention India’s legal system, bureaucracy and police as “great institutions, derived from British-Indian administration” that “served the country well”.

Much can be forgiven a serious historian who is also a brilliant raconteur. ‘The Irwins were less pompous than the Readings,’ Reid writes comparing viceregal families, ‘to the extent, that is, that they expected only three curtsies from ladies in the course of an evening, rather than seven… When tennis was played there were fifteen men to pick up the balls.’ One winter’s day in 1937-38, one of Lord Linlithgow’s sons found him lying on the study floor scrutinising a map. ‘He said something which few others noted until the fact had been brought home with tragic clarity: ‘I believe that our guns in Singapore are facing the wrong way’.’ We have a picture of the imperturbable Wavell continuing to shave as he was told Churchill had sacked him as Theatre Commander in North Africa. Mountbatten himself received Labour party activists very sympathetically but warned when they asked to interview the staff, “I’m afraid you’ll find them frightfully conservative.”

The three words with which Reid ends, Res ipsa loquitur, are significant. Yes, there is truth in the Latin principle in the common law of torts that the mere occurrence of some types of accident suffices to imply negligence. But negligence doesn’t amount to mala fide intention and action. Judged in the context of the times, Britain merits the benefit of the doubt.