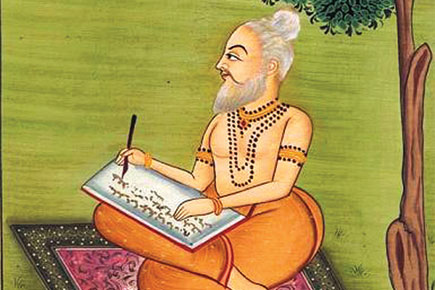 This isn’t Rajiv Malhotra’s first book, nor will it be the last. All his books generate discussion and debate. This is no different. It is titled The Battle for Sanskrit. Sanskrit is the foundation for much of our history, culture, legacy, knowledge and language and there is indeed a battle that needs to be waged for its preservation. Other than an Introduction and five appendices, there are 11 chapters in this book. Two of those (Chapter IX on declaring Sanskrit dead and the conclusion) are on this battle. The other nine chapters are on a parallel, though related, battle, that of the capture of Indology and Sanskrit studies by Western academia, with its warts and prejudices. Western Sanskrit studies aren’t new. But the Malhotra critique is primarily (not exclusively) of the variety of more recent vintage: that is, the discourse with an origin in the US (called American Orientalism). Within that, Malhotra singles out Sheldon Pollock for special battering. The style adopted is the Sanskrit tarka shastra (dialectics and debate) tradition of reasoning. You cite your opponent’s argument (purva paksha) and counter it with your own argument (uttara paksha). Down the years, many people have used it with great effect. It was said of Adi Shankaracharya (788-820 CE) that he summarised Buddhist ideas in his exposition of uttara paksha far better than Buddhist scholars themselves did.

Malhotra does the same with Pollock, setting out the Pollock arguments first and focusing particularly on Pollock’s views on the Valmiki Ramayana. There is a heavy dose of Pollock in the book. Indeed, though a battle for Sanskrit, the book is pegged on Pollock. (This is a style Malhotra has adopted in his other writings too, such as vis-à-vis Wendy Doniger). In fairness, the author does cite his reasons for giving Pollock this prominence. Despite those arguments, one does feel the Pollock presence is too pervasive. The titles of the chapters are an indication of the way the argument flows.

There is a lot of Pollock and there is a lot of polemics. But there is a lot of stuff to read and ponder over too. The essential point is about the discourse being captured by a certain Western approach, which is no longer purely Western, but is increasingly being internalised and portrayed as an Indian approach too, since many Indian Indologists, historians and journalists have studied in the West and are part of the same intellectual networks and support systems. This is not a binary situation of one approach being wrong and the other one being right. However, there is an indigenous and original Indian knowledge system and approach too, even though it may have fallen somewhat into disuse, partly because it is not familiar with the language and paradigm in which intellectual debates are increasingly conducted. That alternative paradigm needs to be energised (what Malhotra calls the ‘home team’). It is no one’s case that this book represents the alternative paradigm. Indeed, that alternative paradigm is a work in progress, even if in its very early stages. This volume is best understood as an exhortation for that alternative paradigm. As Indians, if we don’t bother, we will have to discover our knowledge when it is rediscovered by the West and repackaged and delivered back to us. For people to be persuaded that this would be a terrible idea, this is a wonderful book that needs to be read and disseminated. Though labelled a ‘Battle for Sanskrit’, it is about our legacy. In the process, if more people are motivated to save the legacy, if not to join the battle, this book will have served its purpose. Beyond the Pollock pickle, there is a lot of staple fare to worry and mull over.