From behind the Bars

Varavara Rao’s Captive Imagination is one of the most vivid prison diaries of our time. 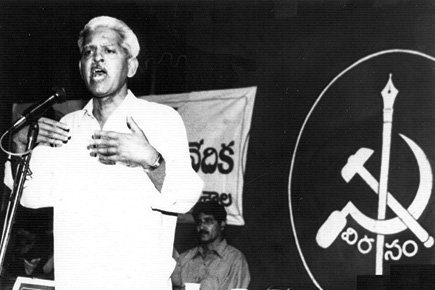 Varavara Rao’s Captive Imagination is one of the most vivid prison diaries of our time.


Varavara Rao’s Captive Imagination is one of the most vivid prison diaries of our time.

Varavara Rao is often called an ideologue of Maoist politics. But he is much more than that. It was he who, through his firebrand poetry, inspired a whole generation to leave their comfortable lives and instead fight it out in the forests of Andhra Pradesh and elsewhere. In a recent interview, Maoist leader Kishenji clearly points this out: “Several things motivated me. Writer Varavara Rao, who founded the Revolutionary Writers Association, India’s political atmosphere and the progressive environment in which I grew up.” But it is not that Varavara Rao watched from the margins while the Maoist movement grew from strength to strength. In fact, he has been prosecuted and persecuted by the State for more than two decades. During the mid 1980s, he spent about one thousand days in jail in the ‘Secundrabad and Ramnagar conspiracy case’. It was then that Arun Shourie, then editor of The Indian Express, asked him to write a column for the paper from jail. Varavara Rao, popularly known as VV, wrote 13 columns in Telugu, which were translated into English.

These columns are now collected in this book, aptly titled Captive Imagination. Though what VV wrote had to pass through strict censorship of the jail authorities, it still offers very clear glimpses of the man who wrote them.

In jail, VV devoured books—just any kind of books—sent by friends from all over. There’s a book on Satya Sai Baba and another on Charlie Chaplin. From Hitopadesa to John Steinbeck’s The Grapes of Wrath, VV quotes verbatim from texts and scriptures. The columns also contain many of his poems: ‘Poetry is/Truth that cannot be concealed—People with no need of a government/Life that doesn’t require nectar.’

Captive Imagination is a meditation of life in jail and of the revolutionary road that VV and his comrades have taken. It is about the paradoxes a political prisoner faces: a jail with blooming flowers and a cell near Phansi Ghat (the gallows).

In a column titled ‘Where the Mind is Free’, VV writes about an illiterate detainee who stares at the pages of a heap of newspapers each day. When asked about it, he replies: “Just looking at the pictures.” ‘By touching the printed words with his fingers, by looking at photographs, by smelling the ink, by feeling the density of the paper, he was certainly extracting some news,’ writes VV.

To sum it up, VV’s Captive Imagination is a compulsory read for those who want to understand what it takes to walk the road that might end at Phansi Ghat. Or arrest in a city and death in a fake encounter in a forest. It’s one of the most vivid prison diaries of our times. 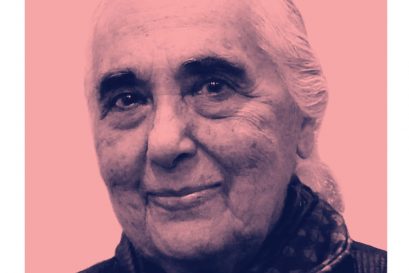