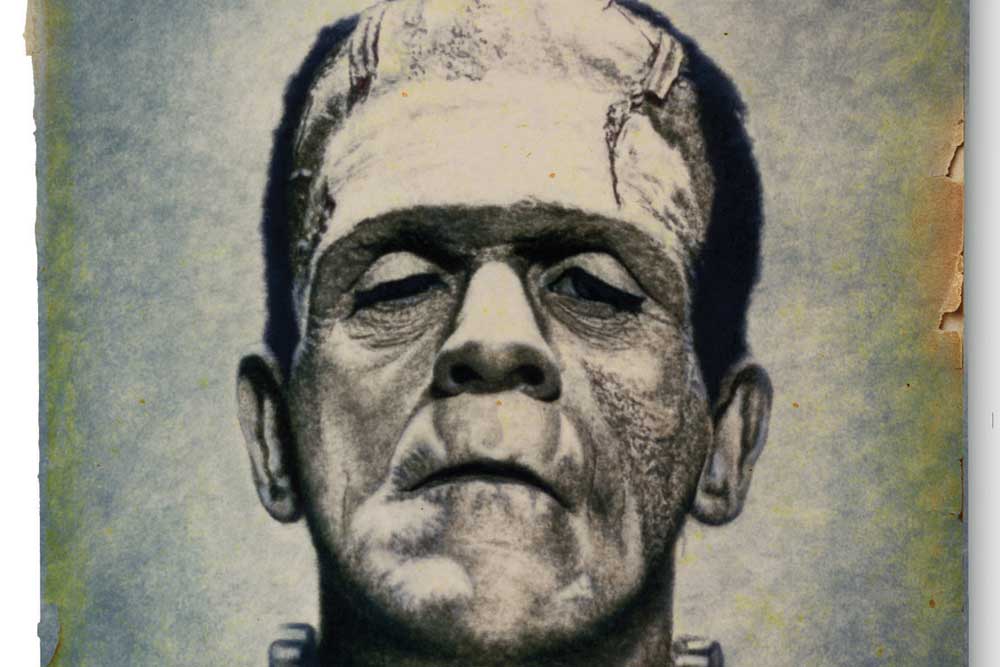 EARLY THIS MONTH, the United Kingdom saw a small literary controversy after The Sun, a leading tabloid, ran a story which said that university students were now sympathising with Frankenstein’s monster. The headline, ‘FLAKENSTEINS: Snowflake students claim Frankenstein’s monster was ‘misunderstood’— and is in fact a VICTIM’ had a line under it which said a university professor ‘even claimed that the murdering monster could have been protected by human rights laws today’. To which, numerous scholars pointed out that while this may have been startling new information to The Sun, the ambiguity of its evil was precisely the point of the book when it was first written and published in 1818. It is what makes Frankenstein so deserving of the label ‘timeless classic’.

This year marking its 200th anniversary has seen a revival of interest in the novel. There are new editions being published and, besides the engineered clickbaits of The Sun variety, the story’s science and ethics are now the subject of fresh discussion. As with art that crosses a critical threshold of popularity, its interpretation becomes open ended depending on who is doing it—from philosophers to artists to engineers, everyone finds their dilemmas reflected in it. The curated online magazine The Conversation had a piece by a biochemist who wrote, ‘…after rereading Frankenstein, I couldn’t shake one thought: If Mary Shelley were writing the book today, Victor would surely be a synthetic biologist.’ He went on to add that even though technology could unleash monsters, he ‘read Mary Shelley’s Frankenstein not as an injunction against bioengineering as such. Rather, the story reveals what can happen when we—scientists and nonscientists alike— run away from the responsibilities that science and technology demand. Victor is a deeply flawed scientist. He is solitary, lacks foresight and is blinded by a selfish desire for power. He abandons his work when he realises it could be dangerous, but at that point it’s already too late. This is alien to the community of synthetic biologists I know, who are vocal about the potential dangers of the technologies they develop and are actively working to ensure their safety.’

Meanwhile, The Guardian had an article by the author of a book called Making the Monster: The Science of Mary Shelley’s Frankenstein which sought to draw a parallel between technology as it exists today—cryogenics, etcetera—to what was available in the early 18th century when it came to theoretically creating life in a laboratory. It helpfully observed, ‘Current methods of tissue preservation would certainly help those aspiring to be modern day Frankensteins. However, there are still a few technical hurdles to overcome before you can become the proud creator of your own living, breathing creature. Tissue matching, the staggeringly complex surgical techniques needed to assemble everything, as well as the small detail of giving life to your creation are just a few things to consider before you embark on your own DIY monster project.’

It was after I chanced upon an essay in The New Yorker, ‘The Strange and Twisted Life of Frankenstein’ that it struck me that whereas the story had been second nature since childhood, I had never read the book itself. I am probably not an exception. Most of us have known Frankenstein and his ‘monster’ through pop culture derivatives, abridged story books, movies, spoofs. Just last month, Netflix released in India a show called Frankenstein Chronicles, which was initially aired in ITV in 2015. The first season is a whodunit set in the years after the publication of the novel. Someone is stitching together different parts of murdered children and a police officer is assigned to solve the mystery. He finds clues from Shelley herself, who is a character in the story. The detective is then framed for a murder, hanged, and after his death, the corpse is revived by the murderer he is chasing. He thus ends up undead like Frankenstein’s creation—the story becomes the setting becomes the story.

A few things become apparent when you read the book. While it spawned much fixation on the science behind it, Shelley herself has entirely bypassed it, providing no detail on how Frankenstein creates the being except for vague generalities. ‘Who shall conceive the horrors of my secret toil, as I dabbled among the unhallowed damps of the grave, or tortured the living animal to animate the lifeless clay?’ , ‘I collected bones from charnel houses; and disturbed, with profane fingers, the tremendous secrets of the human frame’—nice lines, but that is about all one gets by way of explanation. In other places, Frankenstein refuses to reveal the secret because he does not want anyone else to emulate him, which seems suspiciously like an excuse to hide the fact that Shelley just did not know how to spin a lucid theory; the least a science fiction writer is expected to do. The writing is melodramatic, a pepper spray of adjectives (Shelley didn’t really believe in ‘Show, don’t tell’), and even if you discount for the flavour of the times, somewhat too over the top to evoke any emotion in today’s reader. Like this exchange after Frankenstein tells his tormenter that he will not create a mate for him despite his threats: ‘Devil, cease; and do not poison the air with these sounds of malice. I have declared my resolution to you, and I am no coward to bend beneath words. Leave me; I am inexorable.’

Why is it then that two centuries later, Frankenstein continues to resonate? Because of the Big Idea it explores—whether man is allowed to step into areas reserved for gods. Frankenstein’s unambiguous realisation that comes too late is that he had no business creating life. The tragedy that befalls him, as his creation starts killing off those who he holds dear, is however not the result of him overstepping the limits of man but in abandoning what he gave birth to in the laboratory. And the reason for him doing so is the basest of all—that it did not look good. What sympathy would we have if a mother abandons her newborn because she is revolted by the baby’s appearance? None, and so we feel that Frankenstein deserves his fate. But the revenge is also disproportional, without a moral compass. The monster kills his child brother, his best friend and wife, all of whom have nothing to do with Frankenstein’s decision. Both the protagonists are flawed, deserving of sympathy and contempt in equal measure. The creature’s bitterness overshadows any good in it. Frankenstein’s guilt and weakness lead to him dying forlorn and shattered. Shelley allows the creature to live but he too is racked with guilt and condemned to isolation. The meaning of creation. The idea of justice. The emptiness of ambition. The questions that afflict Frankenstein have been forever with man. Without any answers everyone finds their truths in the story.