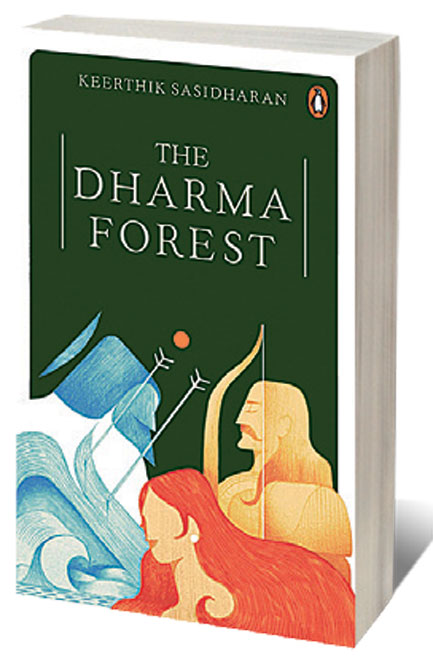 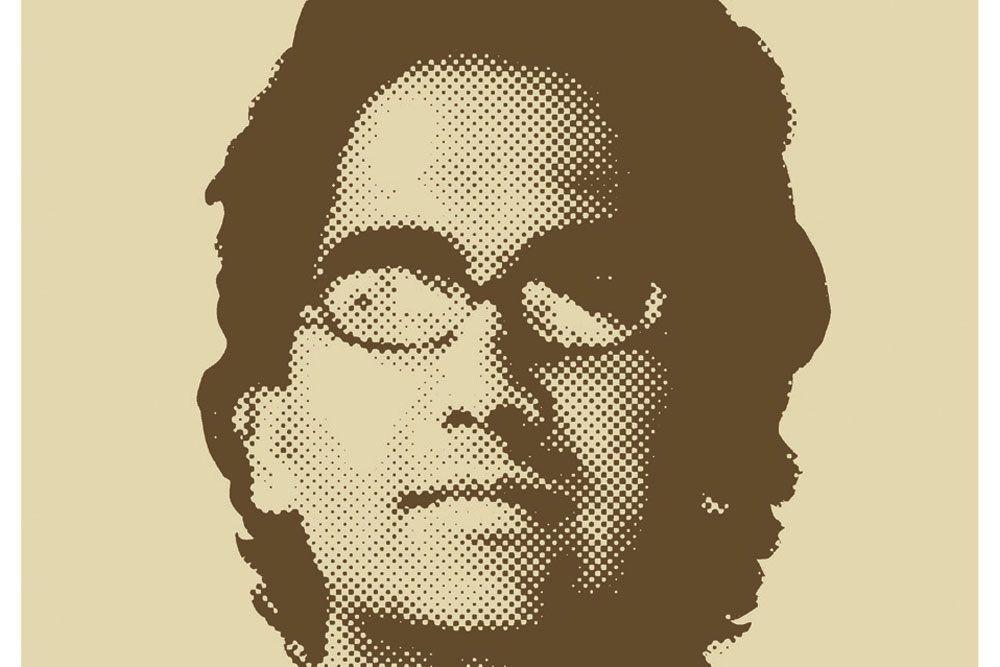 
‘HOURS BEFORE JARA the hunter killed the much beloved eighth avatar of our Lord who was seated under that leprous tree of enlightenment, he found himself awash in a wave of melancholy that crashed in as he dreamed of making love to his wife who, even in that ephemera between deep sleep and wakefulness, straddled over him, as she usually did, with the purposefulness of a good samaritan trying to resuscitate a drowned man.’

If you make it past this opening sentence into Keerthik Sasidharan’s re-visioned Mahabharata, you will, indeed, find yourself in a forest. The Dharma Forest, lit by a sun-filtered sincerity and fed by both writerly ambition and imagination, is dense with words and ideas whose lush and fertile undergrowth reaches deep into an ancient text to find truth and some kind of transcendental meaning for the 21st century individual.

Sasidharan plans to write a trilogy that experiences the Mahabharata through the lives and deeds of different characters and this first volume explores Bhishma, Draupadi and Arjuna.

Sasidharan sets an interesting frame for the story that he wants to tell. The book opens with Krishna, who has just been shot in the foot by the hunter Jara. As he lies bleeding, occupying the twilight state between life and what comes after, Krishna, avatar of the great god Vishnu, asks perhaps the most critical question of all—what does it mean to be human? It is Jara who answers the question by narrating the lives of two great warriors and one angry woman. And we, as readers, listen along with Krishna and are afforded another view of the events that we already know, a view now coloured by a search for what might make these characters like you and me.

This is a great setup—a dying god, who has just spent his life in the world of men, asking the most fundamental of all questions and being given a series of answers by a truly minor player in the great game that he, god, has just unfurled for the benefit of all beings. Krishna has lived his life as a god,
performing miracles and subverting the natural order of things. Rama, on the other hand, has lived through his avatar largely as a man and says to the gods at the end of war, ‘I always thought I was human, that I was Rama, the son of Dasharatha. Tell me who I am. Where did I come from?

Why am I here?’ Whichever be the answer that the avatar seeks, be it knowledge of the divine condition or the human one, the conundrum of the man-god is compelling.

Since neither text in itself answers these questions, it falls upon later commentators and re-tellers of the story to carry this theological and existential burden forward and to respond from within their own time and place. Sasidharan does this, as have countless others. I believe that those of us who know the Mahabharata well will find that Sasidharan’s valiant attempt to address the question that he himself raises falls short. There is little here about the characters and enhanced situations that I have not read elsewhere or thought before. But it could well be that I simply missed the dharma forest for the trees.

However, I have little doubt that a vast and hungry public which seeks to valorise a mythic past as history via ‘real’-ised characters will be enthralled by Sasidharan’s narratives. This growing readership discovers classical texts almost exclusively through their modern retellings which are inflected with both commentary and interpretation by their authors. It’s good to remember, though, that every retelling is necessarily incomplete in terms of the original text. And so, we should all read as many of them as we can as we strive to reach an approximate understanding of how our ancestors wrote about being in the world.