Militancy as a gender study 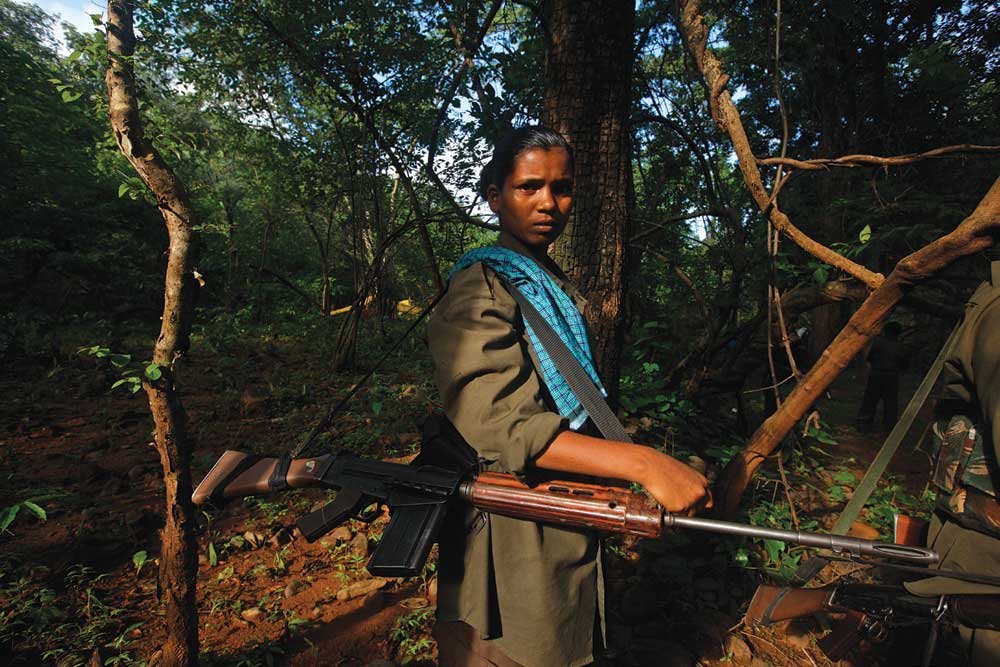 WOMEN HAVE PLAYED a significant role in insurgencies across the world. However, their role in combat operations and planning has evolved over the years—from being sympathisers to armed fighters. Given the evolution of the nature of female involvement in armed rebellion, Rashmi Saksena’s book, She Goes to War, narrates the stories of women insurgents who have played a crucial role in the military zones of Kashmir, Chhattisgarh, Nagaland, Assam and Manipur.

Through the lives of 16 female insurgents, Saksena gives a sympathetic account of these women and unravels the compulsions and challenges that are part of the ‘making of a woman militant’. In her quest to learn about the lives of these women involved in combat operations, Saksena moved beyond the boxed categories of ‘terrorist’ and ‘women militants’. Curious to discover the person behind the terror attacks, the author navigates through the corridors of the unconventional paths undertaken by the women combatants, who either worked as couriers or engaged in ambush with security forces.

Locating the personal profiles of each woman in the social landscape that they come from, the author weaves a narrative that at one point converges and at the other diverges. While the issue of convergence is generally seen in the longevity of female insurgents across the different theatres of war, the divergence has to do with the cultural and political differences that each war zone exhibits.

The formidable profiles of female combatants from the conservative social milieu of Kashmir—where women are not given a frontline role wielding a gun—is in stark contrast to the women in the Maoist movement in Chhattisgarh who hail from a tribal social milieu and assert equality with men by participating in ambush and combat. This seems to be an ideological difference, where the former is set in the Islamic religious discourse and the latter’s role is engrained in the Maoist ideology of class and gender equality.

There is a kind of poignancy attached to each female character in the book. The most painful and disturbing account is that of Ruhi, a young Kashmiri school girl who crossed the border in 1990 with five other companions to live in a training camp. Their world fell apart when they were confined as prisoners and faced physical abuse at the hands of their trainers. Ruhi’s prolonged incarceration in the training camp came to an end with a marriage proposal from one-time trainer at the camp, who abandoned her after impregnating her as it was ‘part of his assignment’. Her arduous journey in Pakistan in search of her estranged husband and then back to her home in Kashmir reveals the perilous life across the border and the ‘unequal status that women get in separatist camps’.

In reading these profiles, one finds a pervasive sense of betrayal entwined in the patriarchal structures of organisations they operate in.

Unlike the women militants in Kashmir, the female cadres in Naxal camps feel empowered with a gun and a uniform. The Maoist cadres are discouraged to start a family. However, the desire of motherhood and domesticity is predominant, especially among the women in these camps. Soon after Kamla, the deputy commander of All Woman Ambush Team-CPI-Maoist, exchanged garlands with her lover Patu he had to rush to the hospital for sterilisation as ‘having children in a Naxal camp was strictly against the rule’. Bearing children can happen only after surrender, which seems to be the accepted route for women militants in Chhattisgarh Naxal camps.

While the book argues about the strategic and tactical evolution of insurgent and militant groups operating in the five states of the country, it does not give the political and social vicissitudes of violence. There is a complete lack of historical background of the war zones covered in the book. However, the book is a smooth read that clearly attempts to open up the travails of ‘being a woman militant’.