A masterly tribute to a cult Gond artist 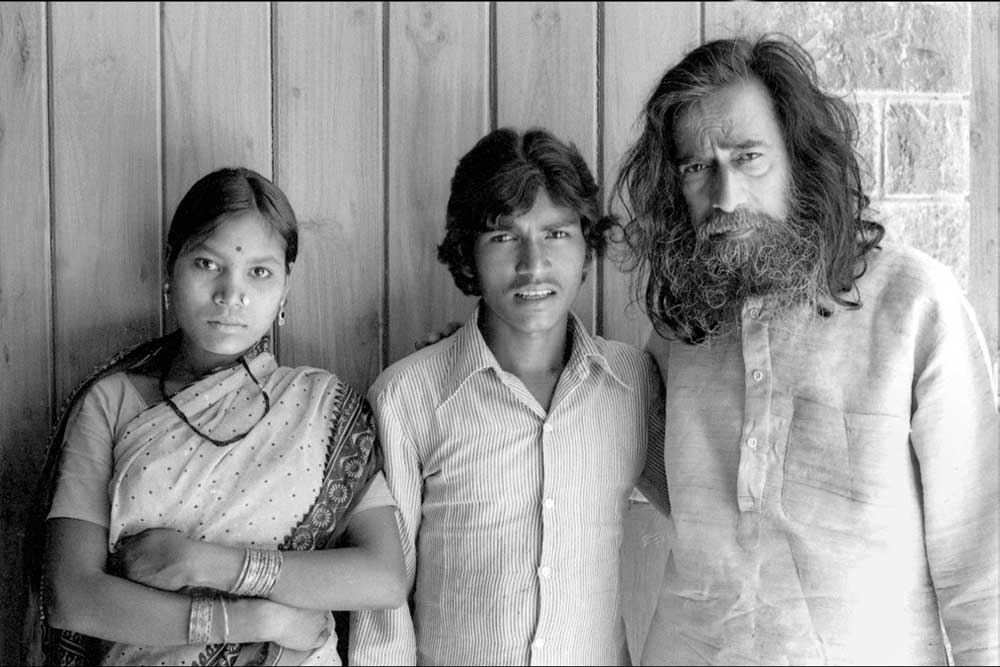 MUCH HAS BEEN said and written about the almost mythical artist Jangarh Singh Shyam—the Gond artist whose meteoric rise and inclusion in several major international museum shows ended tragically with his suicide in Japan in 2001. Written by academic and printmaker Dr Aurogeeta Das, her book The Enchanted Forest: Paintings and Drawings from the Crites Collection is meant as a tribute to the tribal artist who has inspired generations of Gond artists who continue producing art in the Jangarh Kalam style.

The first publication of its kind, this book examines Jangarh’s life and works from an academic and historical point of view. It focuses largely but not only on the Crites Collection of Jangarh’s work, collected by Mitchell and Niloufer from the artist directly between 1983 and 2001. The Crites Collection forms the largest body of Jangarh’s work and traces his artistic development from its very early stages when he first showed his work at the Surajkund mela in Delhi.

Divided into three parts, the first chapter contextualises the artist’s work and traces his journey from Patangarh village in Madhya Pradesh to Bharat Bhawan in Bhopal and onwards to Delhi, Paris and Japan. The second and third chapters are focused on an indepth examination of Jangarh’s artistic practice and thematic influences. The book also traces the development of major cultural institutions and movements in India from the early 1980s onwards, correlating to the rise of Jangarh’s influence as an artist. In the context of the ‘resurgence’ of indigenous arts in India, the book touches upon the work of cultural leaders like J Swaminathan, Gulam Mohammed Sheikh, Pupul Jayakar, Ashok Vajpeyi, Jyotindra Jain and others.

In a small village in Madhya Pradesh in the early 1960s, Jangarh was born into a family of Pardhans who were customarily storytellers of the Gond community. There is still speculation about the exact year and date of his birth. Growing up, he was a skilled musician and flutist; it was only later in life that he became a pioneering visual artist depicting different aspects of village life, beliefs and worship using various mediums, creating almost a pantheon of Gond visual idioms that had never been depicted this way before.

The Enchanted Forest unpacks critical issues in art history that form a basis for understanding Jangarh’s work, central among them being a debate on the classification and reception of tribal art versus contemporary art. Das argues that while these definitions need to be examined critically, Jangarh’s work ‘transcends these binaries’ given their universal appeal and technical prowess. His dot-and-line depictions of anthropomorphic deities to create auras around them and his signature ‘wave’ technique helped him create unique patterns and shapes that set him apart. Like in his Tillee, Keeda, Ganesh, Pakshee (Sesame Plant, Worm, Ganesh and Birds) work, one can see Jangarh’s perfected dot-and-line method and his compositional abilities as he pastes together four separate postcard-sized works and connects them with four monitor lizards drawn across the image.

Refreshingly, apart from registering Jangarh’s artistic triumphs, Das also traces techniques and mediums that he experimented with but didn’t always master, including attempts at printmaking, composition, colour and themes. The book also explores the impact and development of the relationship between the artist and his patrons.

While dry in some places, especially for a lay reader without an academic interest in the arts, Enchanted Forest will without doubt serve as a critical resource for researchers looking to study not only Jangarh’s work but also the reception of folk and tribal art in the global context. Replete with images of the Crites Collection, this book is by far the most important publication on the artist’s work to date.