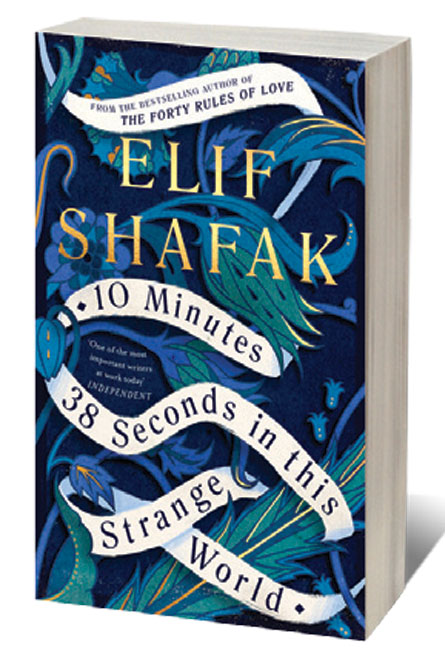 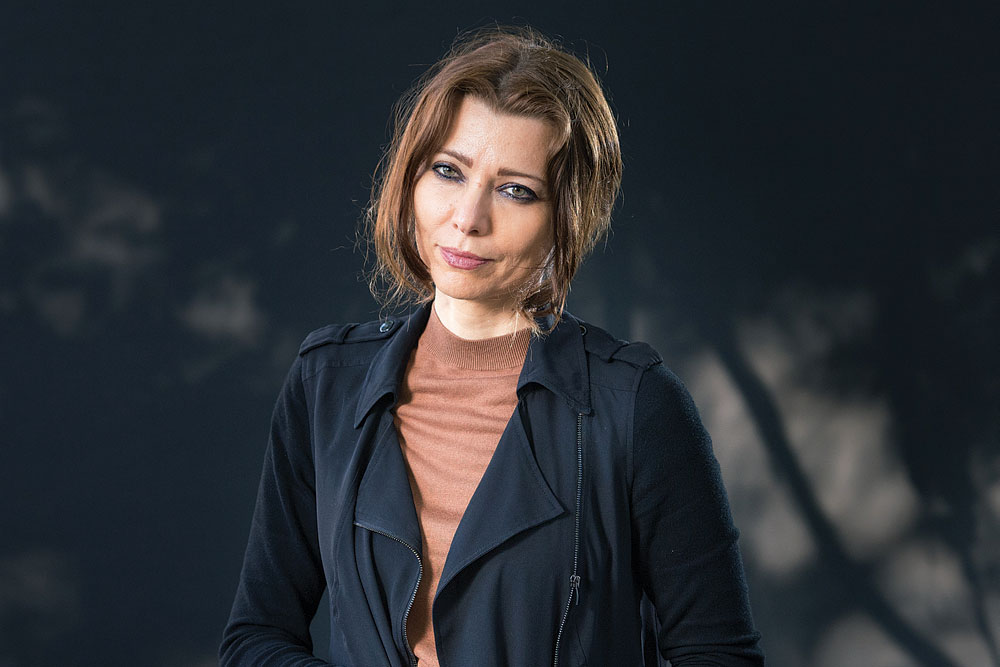 SOARING FAR ABOVE the limits traditionally set for fiction by non-mainstream writers—a woman of colour, writing from within and about a country straddling the East and the West— British Turkish Elif Shafak is an international publishing phenomenon. She has taught at Oxford University and been a TED Global speaker; she judges major literary prizes such as the Man Booker International Prize and has been awarded the title of Chevalier des Arts et des Lettres. Her 17 books, including the best-selling The Bastard of Istanbul and Three Daughters of Eve, combine with her work as a prominent human rights activist and academic to give her considerable influence. Shafak is bold and spirited, issuing a clarion call to her readers. Named on a list of 12 people who make the world better (Politico, 2017), Shafak responds to the challenge through her words and activism.

‘If you happen to be a storyteller from a wounded-democracy—such as Turkey, Nigeria, Pakistan, Venezuela, Philippines, Brazil… and the list is so long—you never had the luxury of being apolitical. You cannot say, ‘I am only going to write my stories, I don’t want to know what’s going on outside the window.’ But the interesting thing is, after the year 2016, more and more Western authors began to feel this way too,’ Shafak told me over email, recently. ‘I want to go beyond party politics. Writers need to talk about core issues, such as human rights, freedom of speech, women’s rights, rule of law, freedom of media and academia, diversity and inclusion. These are the things that keep a society together and it is that common ground that literature can strengthen. The art of storytelling builds empathy and connects us across borders, it gives us cognitive flexibility and helps us to think and speak in a more nuanced way. And in this age empathy is needed more than ever before.’

In her latest novel, 10 Minutes 38 Seconds in This Strange World, (Viking; Rs699; 305 pages) her sex worker heroine, Tequila Leila, speaks to us in the last ten minutes of her life. ‘There have been a number of remarkable scientific studies showing that after the moment of death, after the heart has stopped beating, the brain continues to function for another few minutes,’ says London-based Shafak. ‘Doctors in an intensive care unit in Canada have observed persistent brain activity in dead people, and they saw that it was the part of the brain in charge of memory that shut down the last. In some cases this process went on for about ten minutes. As a novelist I was intrigued by this and I asked: What does a human being remember in that limited amount of time?

Lots more than you think, it turns out. ‘My main protagonist is… an extraordinary woman who has been mistreated by life, society, culture,’ says Shafak. Lying abandoned in a rubbish bin and thinking back on her life, this ravaged woman watches as young men steal the pendant off her, and thinks back to her childhood in the provinces. She is one of 55,000 people who die in Istanbul every year, the novel tells us, yet it cherishes each of the many memories which emerge from her dying mind, evoked by a smell or taste.

How does the individual act within and counter or engage with society, I ask Shafak; in the novel, Leila tells us, before dying: ‘The possibility of an immediate and wholesale decimation of civilisation was not half as frightening as the simple realisation that our individual passing had no impact on the order of things, and life would go on just the same with or without us.’


‘All my life I have defended women’s rights, minority rights, democracy and freedom of speech. In my books I try to give a voice to the voiceless,’ says Elif Shafak

‘There are two extremes that we need to be aware of: extreme individualism and extreme collectivism,’ Shafak replies. ‘None of them are good for the human soul. In extremely individualistic societies, human beings are disconnected, atomised and essentially, lonely. In extremely collectivistic societies, on the other hand, differences are suppressed and a ‘rhetoric of sameness’ is being imposed on everyone. I defend a pluralistic, liberal democracy and an active civic culture where we can celebrate diversity, recognise and appreciate differences and at the same time, appreciate what we have in common, and encourage inclusion, co-existence, harmony. That is why the outcasts in my novel are ‘the tribe of the tribeless’. These are people who don’t quite fit anywhere. They feel like they don’t belong. But they find each other and support each other. We have two types of families: blood family and water family. Your water family is composed of your friends. This is a book that explains why water family is all the more important in countries where democracy has been broken.’

While Leila’s family of friends band together to look for her, this apparently marginal figure seeks a final freedom that eludes us perhaps all our lives, in this slow, searching examination of trauma. ‘I am interested in stories as well as silences—people who have been silenced, forgotten, the outcasts,’ says Shafak. ‘The Istanbul that Tequila Leila has lived and experienced is not the Istanbul that the Ministry of Tourism would have wanted foreigners to see.’

For, Shafak has given us a searing portrait of sexual violence, even as she faces considerable pressure from her government for daring to present the world as she does. ‘I have been receiving so many abusive messages on social media, mostly spread by bots and trolls, accusing me of ‘indecency’, Shafak says. ‘Police officers came to my publishing house and asked to see books both by me and by another author, Duygu Asena, an iconic feminist who passed away about a decade ago. So at the moment a prosecutor is investigating fiction for obscenity. This is all very, very sad. All my life I have defended women’s rights, minority rights, democracy and freedom of speech. In my books I try to give a voice to the voiceless. Turkey has a serious problem with sexual harassment and gender-based discrimination and violence. One third of all marriages involve child brides. The cases of harassment against women and children have escalated. But instead of taking urgent action to deal with the problem, instead of changing the sexist laws, protecting the victims in the court, opening up shelters for abused women and children, instead of doing what needs to be done, they are targeting authors who dare to write about these problems.’

How does a writer like Shafak, writing today in the digital era, handle feedback, both positive and dangerous, online?

‘Social media is like the moon,’ she says. ‘It has a bright side but it also has a dark side. It does connect us beyond borders, and that’s valuable. But we need to talk about the dark side because for too long, the tech companies only talked about the bright side. There is a lot of slander, misinformation, hate speech and abuse online. Extremists have found a louder voice in this new algorithm while democrats and progressives only whisper. All of us together need to keep an eye on digital platforms and put pressure on tech monopolies to take further action against extremisms of all kinds. We need to defend freedom of speech and at the same time be aware of the dark side of the digital world and act together as world citizens.’

Shafak says she might write non- fiction next. ‘But the centre of my work will always be fiction. Imagination. Stories. Storytelling. In Turkey oral culture is usually looked down upon as ‘the domain of ignorant, uneducated women’. I never belittle oral culture. Also I am an academic, so I like to read about a range of disciplines: history, philosophy, neuroscience, political science. I think a novelist should be a curious creature and keep learning, keep reading. I equally believe that novelists need to be good listeners. We need to listen to people as well as to the universe. So right now, I am in that phase: I am just listening.’

Runs in the Family