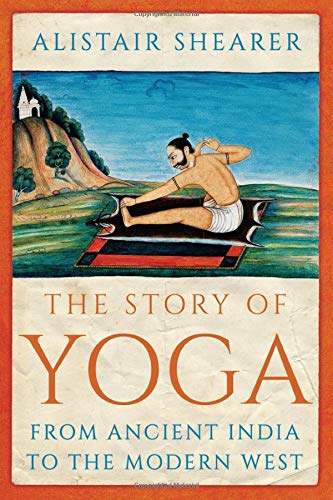 The Story of Yoga: From Ancient India to the Modern West Alistair Shearer
Viking
421 pages | ₹ 799 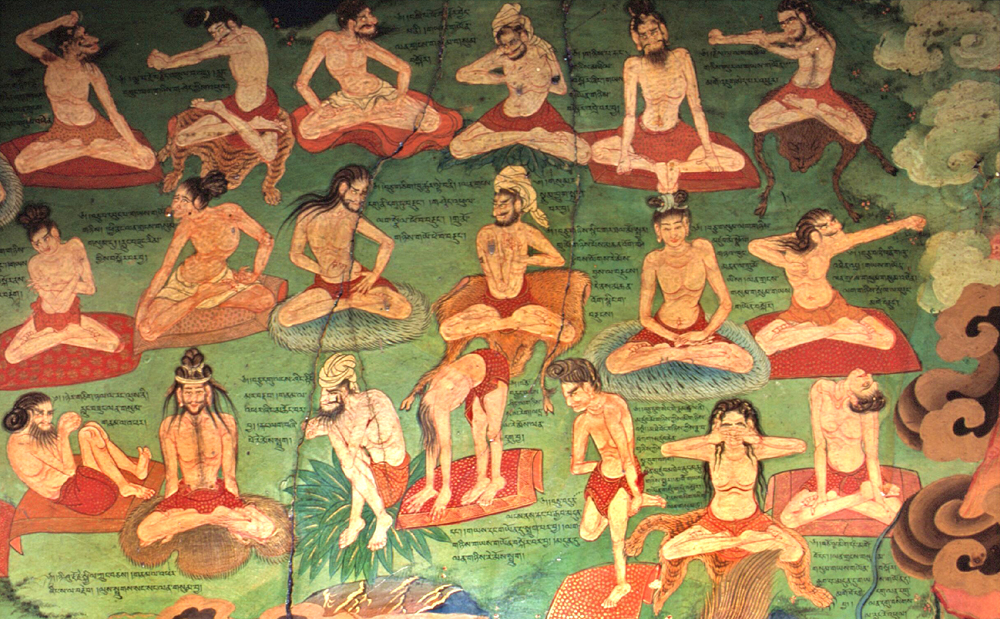 Did you know that the United States Ohio Representative Tim Ryan has been organising weekly meditation sessions for members of Congress since the last three years? The Quiet Time Caucus is meant to help them calm down so that they make better decisions when they vote.

Back in the 1960s, American poet and anti-war protestor Allen Ginsberg had led a mass chanting of ‘Om’ outside the White House to exorcise the demons he believed had taken over the place. More recently, a California form called Abacus Wealth Partners has devised ‘the money breath’, an exercise to help clients maintain their equanimity amidst the ups and downs of a volatile market.

Alistair Shearer’s book The Story of Yoga: From Ancient India to the Modern West is filled with sparkling anecdotes like these to help you charm the yoga pants off fellow yogis aligning their chakras at the next retreat you sign up for. ‘How come a time-honoured road to enlightenment has turned into a $25 billion-a-year wellness industry?’ is the question he wants to answer. Embedded in his survey of the east-west encounter is a critical perspective on the shift from practising yoga as a means to transcend the limitations of the physical body to adopting it as a lifestyle choice that celebrates physical fitness. He writes eloquently about the way in which capitalism has reduced yoga to a series of postures to be perfected under the instruction of a trainer, and alienated contemporary practitioners from its root intention: to remove metaphysical ignorance.

While it is heartening to know that yogic practice has made prisoners report better sleep and a marked decrease in drug abuse, it is disturbing to learn about a signature yoga practice called ‘Broga’ that has been designed for ‘real blokes’ who do not want any of the ‘mystical fluff’. This is a far cry from Patanjali’s view of yoga as liberation from all forms of egotism, including the desire to develop supernatural powers, and the dangers of spiritual pride. Shearer’s book interrogates the cult of personality built around charismatic teachers who exalt their own status at the expense of yogic discipline, and have been held accountable for sexual harassment. Sadly, the author is silent about casteist ideas of purity and pollution that circulate in yoga classes under the garb of esoteric wisdom.

On the flipside, this thick volume that promises to deliver a ‘comprehensive history’ of ‘yoga in its global cultural context’ oscillates mostly between the caves and forests of ancient India on one hand, and the gyms and studios of the US and the UK on the other. His narrative provides too much space to people who have approached yoga, and India at large, from an orientalist gaze, and makes little effort to unpack the racism in efforts to popularise yoga as an exotic import. If you are hoping to learn about the life of yoga as practice and philosophy within Nepal, Bangladesh, Pakistan, Afghanistan, Sri Lanka, Tibet, Bhutan and Myanmar, or the South Asian diaspora in other parts of the world, this is not the book to pick. The passing reference to Colombia, Senegal and Argentina is too brief to even register an impression.

This book participates, perhaps unwittingly, in the construction of a glorious Indian past that is almost entirely ‘Hindu’—with Buddhism and Jainism subsumed under that category—an idea that is the dream of divisive politicians who would like to strip India of its pluralistic heritage. It also appears to blur the distinction between the India in which Maharishi Patanjali composed the Yoga Sutras, and the India that is a postcolonial nation-state surrounded by countries it shares a long and complex cultural history with. While Shearer does note that critics of Prime Minister Narendra Modi ‘see his vociferous promotion of yoga as a part of a suspiciously nationalist attempt to implement cultural conformity,’ but he does not account for India’s attempt to unilaterally claim a body of knowledge that also belongs to its neighbours.