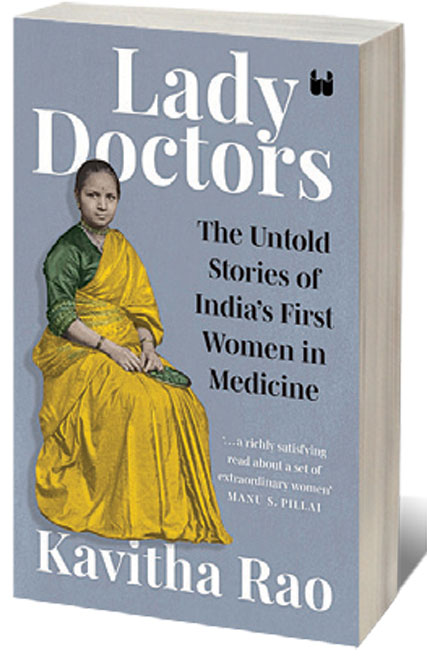 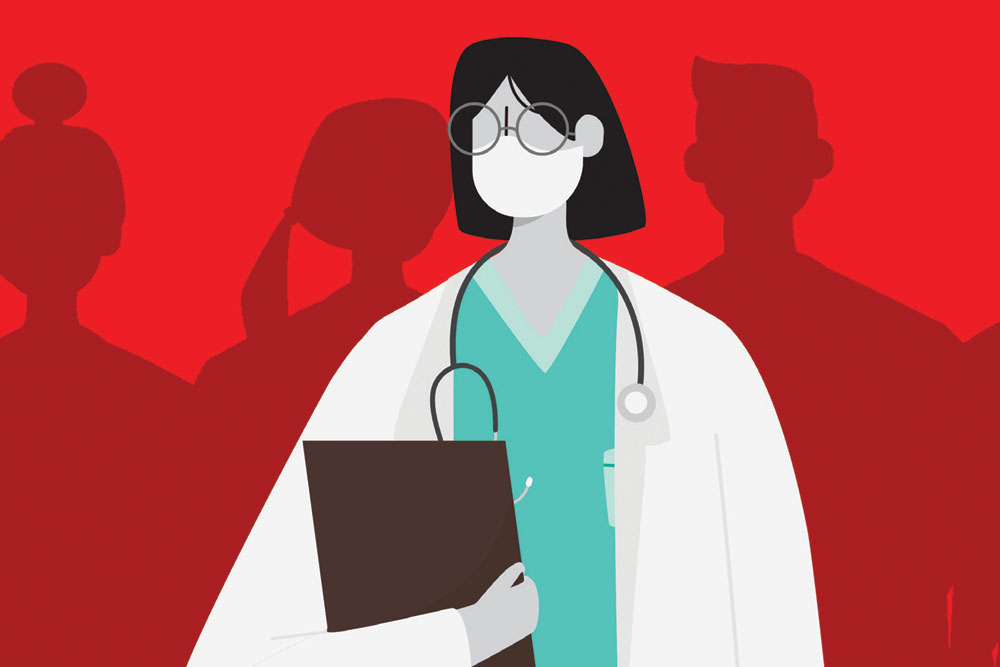 
IT’S UNSURPRISING THAT a girl born in 1865 in Kalyan, Maharashtra who went on to become the first Indian woman to receive a Western medical degree did not make it to the history books. Furthermore, Anandibai Joshi died before she could practice what she had braved—sea voyages, stigma and the growing insecurities of her husband—to learn. In Lady Doctors: The Untold Stories of India’s First Women in Medicine, journalist Kavitha Rao writes about six such women between the 1860s and the 1930s who forged paths others could scarcely imagine at the time. What is commonplace now—choosing to become a doctor as a woman—was made so by women whose stories have been lost to time, lack of interest and prejudice. Rao, aided by these women’s words and the painstaking work of biographers, helps write some of them back into our collective history, complicating and deepening our understanding of how modern India came to be.

In this remarkable book, Rao paints a portrait of an India that was fighting for self-rule while simultaneously clinging to ultraconservative Hindu mores such as child marriage and sati. Sections of Hindu society chafed against proposed change to their structures and strictures, creating interesting (and monstrous) paradoxes such as Bal Gangadhar Tilak who advocated for freedom from foreign rule but argued against upward social mobility for women and oppressed castes. The fight to become a female doctor ran converse to Hindu society’s desire for respectable, homebound women. Some of the most vociferous opponents these aspiring doctors faced were other women who feared disrepute and the consequences superstitions promised disobedient women. Though many men opposed and abused these aspiring doctors, it was also men who seemed to have the social flexibility to encourage their ambitious daughters and wives to attempt the unprecedented. Rao’s Lady Doctors is particularly intriguing because it provokes questions like these: Did male privilege make it easier for these men to come out as relatively progressive? Why do women stand in the way of other women?

Rao has done a commendable job piecing together the fascinating characters—other doctors, family members, supporters, local royalty, members of the Brahmo Samaj—that surrounded these women, presenting a picture of a society whose defences against change were weakening, with more and more powerful detractors emerging with time who would support these women with finances, connections, knowledge and even confidence. There is a complex debt these stories owe to white benefactors who were in the unique position of being able to help and whose universities offered a safer haven for these women, marked by their ambition in their home country. The book abounds with uncomfortable heroes such as these—colonisers who could be benevolent, fathers who would cave to pressure to marry off their underage daughters but would also support their continued education. Support, especially from local society, depended on these women succeeding at their roles as wives and mothers.

The small details and incidents Rao unearths allows this period in history to come alive. Lady Doctors brings to light a fascinating aspect to the male resistance to the growing power of female medical aspirants in Europe. The men’s objections were completely without artifice—in the face of female success, the men do not pretend that women are unsuited to the profession, but instead argue that the competitive performances of female students will be damaging to male morale.

In addition to diving into the social forces that plagued these women’s careers, Rao empathetically shows how different these women were in personality and outlook from one another. Some kept journals, some complained, others were stoic, some tried to enact change within the bounds of what was socially acceptable and others rejected entirely that which held them back. If there was a trait they had in common, Rao demonstrates, it was a tenacity that defied reason.