Illiberal instincts and the future of politics in the age of Trump, Putin and Xi 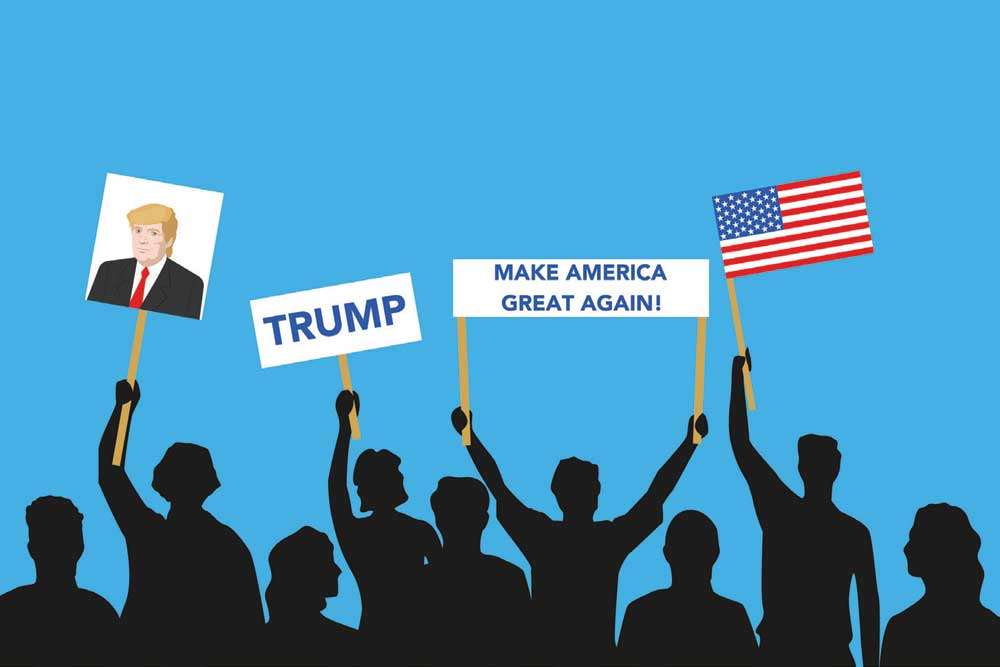 IN FEBRUARY THIS year, Poland passed a controversial law that makes it illegal to claim the country was in any way complicit in the Nazi atrocities against Jewish people during World War II. In the run up to its passage, leaders, academics and activists from different countries emphasised that Poland was making a mistake and the law was nothing less than an erasure of historical memory. To no avail. Nationalist sentiment in Poland was in favour of it and the country’s leaders knew that. That was not the first time Poland had a brush with controversy. The emasculation of its judiciary in recent years was criticised by the European Union as being against the ‘spirit’ of what is expected of a member country.

Some political scientists and observers have been quick to point out that Poland is now better classed as an authoritarian country than a democracy. Others have described it as an ‘illiberal democracy’ and yet others call it a populist democracy. The profusion of labels notwithstanding, there is a degree of consensus now that the changes seen in Poland are also occurring elsewhere: Hungary, Turkey and the Czech Republic are cited as examples. Some stretch the list considerably to include countries such as the US and India as well. If scholars of a certain persuasion are to be believed, the world is no longer favourable to democracy.

Much of the alarm about these developments dates to the election of Donald Trump as president of the US. Since then, a virtual industry analysing ‘anti-democratic’ and ‘illiberal’ trends has sprouted. Not a day passes when an article or an op-ed does not bemoan this state of affairs. A number of books, too, have been published, with some being rolled off the press even before the changes could be understood properly. Most have a slant toward explaining the emergence of the illiberal phenomenon in the US. In the mass of such books, two in particular stand out. Yascha Mounk’s The People vs. Democracy: Why Our Freedom Is in Danger and How to Save It (Harvard University Press; 400 pages; $29.95) and Can it Happen Here? Authoritarianism in America, edited by Cass Sunstein (Dey Street; 496 pages; $17.99), offer a mix of empirical trends and analysis.

The People is Mounk’s third book and some of the themes elaborated in it follow from his earlier work, The Age of Responsibility: Luck, Choice and The Welfare State (Harvard University Press, 2017). In that book, he analysed contemporary ‘neoliberalism’ and how it had left a huge number of people behind even as a tiny elite that is well- educated, has good jobs and moves seamlessly from country to country has prospered. In The People, he partially returns to that reflection (chapters five and eight) and makes a persuasive case for ensuring that more, if not most, people benefit from economic growth. He is also on very solid ground in his analysis of empirical trends about ‘democratic deconsolidation’. The picture that he paints is alarming. Beginning somewhere with the generation that was born in the 1980s, democracy ceased to be ‘important’ as a political ideal. First highlighted in two papers that he published in the Journal of Democracy, this trend has now been verified in many countries. Paradoxically, the last wave of democratic consolidation began even as the 1980s generation was taking birth. Now mature, this age cohort does not seem to believe in democracy anymore.

If Mounk’s empirics are sound, his diagnosis of the problem and the solutions that he prescribes are weak if not problematic outright. His concern is with liberal democracy, and that too, skewed massively on the ‘liberal’ side. This variant of democracy is new, its global appeal dating largely to the end of the Cold War. It is also marked by internal inconsistencies that subject it to hard-to-resolve crises. For one, its liberalism was packaged along with free markets and deregulated capitalism. It worked spectacularly well for those who were well-educated and had the skills needed to work through an ever-changing system. These are, however, expensive assets to acquire. The result being that most people living in countries without sustainable redistributive systems were ‘left behind’. Voter apathy, loneliness and incurable dejection were the toxic by-products of this age in the West.

The picture Mounk paints is alarming. Beginning somewhere with the generation born in the 1980s, democracy ceased to be ‘important’ as a political ideal. First highlighted in two papers, this trend has now been verified in many countries

Mounk, who is a lecturer of politics at Harvard University, thinks this can be changed by ‘fixing the economy’, renewing civic faith and taming nationalism. Without being pejorative, one can safely say this is quixotic. His emphasis on renewing civic faith is particularly touching and harks back to the ancient Greek ideal of paedeia. His remarks about his role of a political scientist as a citizen and the difficulties he encountered in that capacity are inspiring. But consider the formidable obstacles at hand, and in particular, the issue of low voter turnouts in Western democracies. Modern political economy has a simple answer on why this is so: at the margin, an individual voter cannot change anything by a single vote. If anything, he has to compare the gain from voting—which is negligible—with the cost of the effort to go out and vote. From this perspective, there is little reason for him to vote. Mounk wants to change this. Alas, in an age where different intellectual foundations inform us what is good, informed civic participation will require nothing short of a revolution in how countries are run.

The changes that are required to fix these problems—from the current economic order to political processes—are not impossible. But they are projects that cannot be carried out with sufficient speed to influence near- time outcomes (for example the next presidential election in the US). These are projects that need to run at least for a generation before changes will be visible. In the short-run something else is needed.

Cass Sunstein’s Can it Happen Here? is a more relaxed take on what is going on. Unlike Mounk’s pessimistic appraisal, this work expresses anxiety but little alarm at the prospect of authoritarianism. Some of the essays—especially the ones by Jon Elster, Jack Goldsmith, Tyler Cowen and Noah Feldman—are a delight to read. Elster uses the rise of Louis Bonaparte—analysed famously by Marx in The Eighteenth Brumaire of Louis Napoleon—to ask the question if modern authoritarians can be stopped in their tracks. Cowen, in the span of 17 pages, shows how it is very hard for a single powerful leader to take over complex modern nation-states. Feldman responds with a carefully considered ‘no’ to the question ‘Can it happen here?’

These essays, written by senior scholars, attain an enviable equilibrium between the ennui of an op-ed and the denseness of a journal paper. Written simply, they elaborate complex ideas that are not only pertinent to the American situation but have a much greater, global resonance. It is refreshing to see these scholars—all liberals to boot—not give in to silly ideas about ‘resistance’ and ad hominem abuse of political expressions such as ‘fascism’ and ‘authoritarianism’. There is hope for honesty among intellectuals.

So how should one assess the prospects of democracy? Between Francis Fukuyama’s The End of History and The Last Man and Mounk’s The People, there is a gulf of a quarter century. The dominant political emotion of Fukuyama’s time was euphoria; in Mounk’s age, it is despondency. Both works are marked by the emotions of their age in a somewhat exaggerated manner, if one may say. In both cases, the reality was different: Fukuyama’s liberal democracy was more a product of historical deduction than reality. The Balkan Wars (if not internecine conflicts in Africa) had put paid that vision by the late 1990s. Will Mounk’s despondency meet a similar fate? One wishes that to be the case, and perhaps secretly the author too desires the same end. Maybe that will happen: even in the age of Xi Jinping and Vladimir Putin, there is hope. India, for all its flaws, remains a solid democracy, as do Australia, Britain and much of Europe. Others may follow after the tempests have ceased. But one should not expect countries to adhere to the script of liberal democracy. That would be too much to hope for.