A memorial stroll through the changing history of Delhi 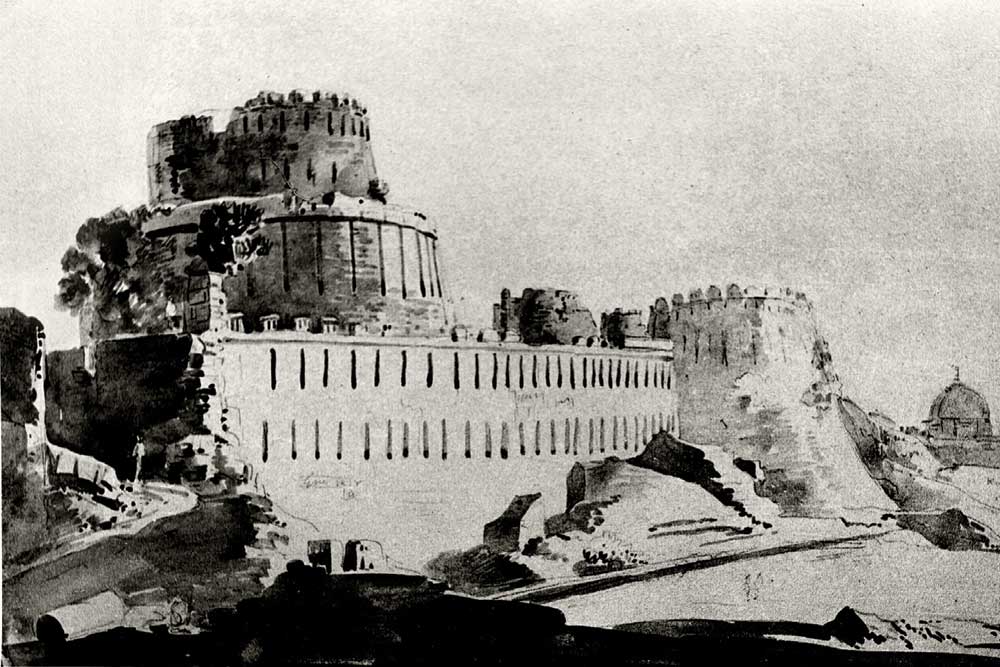 FOR ME, ONE of the great fascinations for maps is their gift of inaccuracy. While travelling in Rajasthan in the 1980s, we relied on local road maps to get us from one city to the next. In some areas, the roads disappeared under sand, in others, the road’s absence on the map was due to poor printing. Every flaw kept us guessing. On the road between Jodhpur and Jaisalmer, the driver brought the jeep to a sudden halt in the middle of nowhere. I got out from the back to check only to find that the tarmac before us had disappeared altogether. Far away, I could see, it reappeared again from underneath a sand dune. In another instance, an old PWD map indicated ‘a water source’ near Udaipur. A hand pump? A well? A tap? It turned out to be the Rajsamand Lake. GPS has taken all the fun out of maps.

For years, my only use of maps was for rudimentary information—which direction to take, where was Prague in relation to Delhi. The very idea of a map as architectural abstraction had eluded me. Later, as an architect I began to see that a map was merely the projection of a magnified scale for instant comprehension. If you scroll along a world map on your phone, for instance, it is possible to pick out London, and as you move in, to locate the street on which you live, right down to the entrance of a house on the street. The experience of narrowing the focus turns a map of the world, to a plan of London, to a 3-D of the street, to eventually a picture of the house. Map reading is a lesson in the visible limits of information that an eye can see and a mind absorb.

One of the great thrills of mapping old known cities is the genial discovery of places secured in personal memory. Maps hint at places lost to photographs. A new book, Maps of Delhi by Pilar Maria Guerrieri, provides a memorial stroll through the changing history of the capital. Long-time residents like myself can glimpse into the perceptible physical changes in its structure—not only the stylistic additions of modernism—but the visible intrusion of buildings into familiar green areas and the palpable increase in population densities.

Amongst the many maps in the book, I found one that tracked the very life I lived as a child, growing up in a small colonial settlement with a scattering of Mughal ruins in the suburb. On those winter afternoons, skipping out of school, I would cycle to escape the city, to some unimaginably distant derelict pile of stone strewn over an area of scrub. Sometimes I stood there, on the stone rampart on the ruins of Mehrauli and looked back at the city from which I had come. Except for a few domes and minarets, little was visible—just a rolling green carpet of kikar enveloped by the evening fog. Now, looking at the pencil jottings on the Mehrauli map, tentative and uncertain, they appear more pictorial then cartographic, as if the map-maker had himself taken his own cycle and discovered something worth recording.

The difficulty of making a book out of maps is obvious: the sheer size of a map makes its legibility difficult in book size, and the inconvenience of continual referencing takes away from the readability and the pleasure of poring over a whole city spread over the floor. Still, the book’s production is truly sumptuous and regal—a magnificent buffet.

Within its coffee table spread, the evolving cycle of the city’s cartographic record reveals both a city that has grown from a low-spreading colonial subdivision into an ungainly megacity, and a history of map-making itself. Beginning with a sketch of the Environs of Delhi 1807, the book is a demonstration of the hand skills employed in constructing maps: the lettering, pencil shading, and the faded sepia tints of a water-colourist palette used to convey information as art. When the city was little more than stone buildings sited at the river edge or near baolis, the map was a disjointed record of a selected area—more earth than building. In two centuries, however, the colour of the earth itself changed. Far removed from the tentative union with tree and stone, the new city is recorded only in land use—a colour coding that dismisses details of private occupation and the link with the land’s physical features.

In the most recent maps, it is hard to see if the city belongs to history or to the imagination. The wide swatches of colour that spread from the center of town speak only of dimension. Once a village, then a small town, now mega city, Delhi spreads like water from a broken drain, stretching its boundaries into un-reclaimed countryside, swallowing everything in its path. So wide in reach, it goes beyond the cartographer’s scale into a magnification that becomes, at the end of the book, only a statistical record. Even the phrases are desperate and reductivist: Master Plan 2021, National Capital Territory, Development Zones. The book’s last chapter, titled ‘Under Consideration’, gives ample clues to the impossibility of a conventional record. Far removed from the map-maker’s pencil, the city shifts uneasily, visible in some clarity only from a satellite suspended high above the earth.