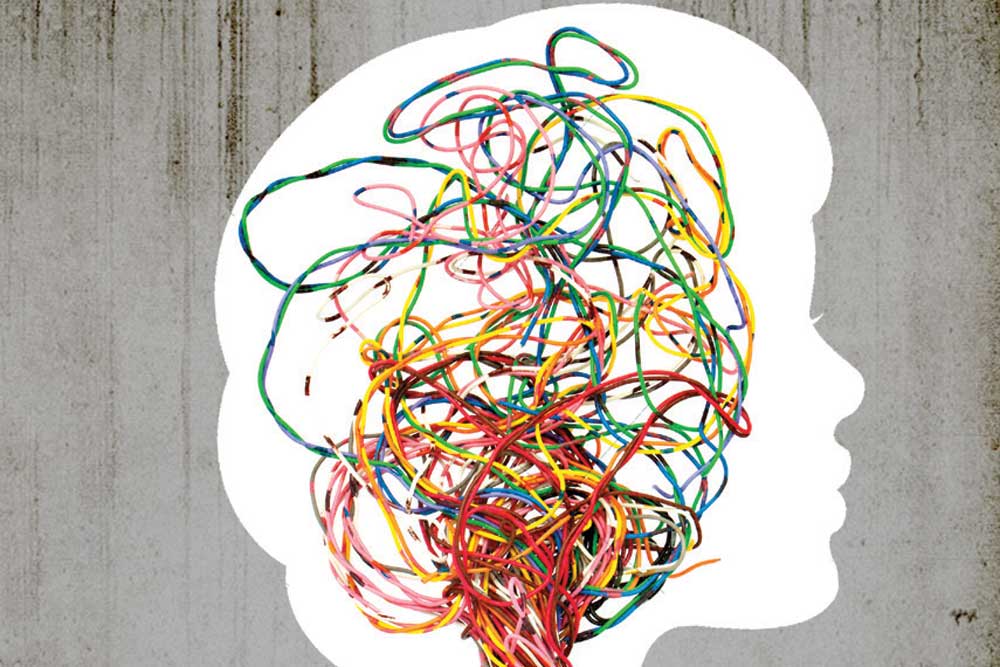 A BOOK OF LIGHT, edited by Jerry Pinto, cannot be reviewed. This collection of essays that tells of those with mental vulnerabilities can only be clutched at night and appreciated for its courage and fortitude. After all, how can one appraise or analyse a description of a daughter’s suicide, a brother’s corpse, a lover’s mania or a mother’s ravings? These are beyond the pale of literature because they cut to the bone and into the core of human experience. All that a reader can and must do is sit down, shut up and listen.

The first sentence of Pinto’s introduction reads: ‘My mother was bipolar’. These four words show there are no euphemisms to hide behind, no formalities to cower under. They set the book’s tone. Issues of mental health can be addressed only by naming and identifying it for what it is. As Pinto writes, ‘…I had always tried to be as open as possible about the fact that my mother had bipolar disorder. I had made a commitment to myself and to her and to our bond that it should be no more than saying ‘My mother has diabetes,’ because it was all a matter of the wrong chemicals, an imbalance in the blood, a misfiring of neurons.’

A bejewelled illustration of neurons (drawn by Pinto) connects A Book of Light to Pinto’s previous novel Em and the Big Hoom. This tessellation that winds its way through both books is important because it ‘normalises’ mental illness, it extracts it from the incomprehensible and makes it medical, a mere question of misfiring, as prosaic as diabetes. Em, published in 2012, but written over 25 years, which details Pinto’s mother’s ‘microweathers’ —from cheer and laughter to unrelieved darkness —and his father’s attempts to make it all manageable, is a book of extraordinary tenderness. It touches and moves the reader by taking her into the innards of a middle-class family, a space that has always remained just behind the curtains and out of reach.

The stories in A Book of Light are set in other such middle-class homes, those of authors and professors, judges and journalists. While our education and affluence might insulate us from many of life’s blows, it also mandates that we appear ‘normal’ at all times. These accounts shatter the myth of the ‘normal home’. Every household has an uncle who is an ‘embarrassment’, or a relative who committed suicide . This book is important as it reminds us that we’d be a more humane society if only we admitted that mental infirmity is the story of everyman and every home. It is not something that occurs in elsewheres; it is here, around us, even within us.

The one emotion that you will not find in these accounts is that of self-pity. The writers never ask ‘why me’, whether it is a father attending to his grown son’s incontinence, or a mother who must cope with ‘survivor’s guilt’ after her young daughter commits suicide. Their fortitude arises from an acceptance that this is their life, these are their family members.

If these stories reveal the fragility of the mind, they also remind us of the capacity of the heart. In these pages we meet sisters who choose to tend to their kin instead of institutionalising them, and sons who nurse their mothers with infinite care. These families learn to adjust and manage. There is no overcoming, no grand ‘getting over’ only day-by- day survival. This is their ‘normal’.

The question of what ‘natural’ is spurs many of Siddhartha Mukherjee’s investigations in The Gene: An Intimate History. As our knowledge of ‘heritable vulnerabilities’ increases, how will we use that information? Will we use it to ‘normalise’ the illnesses that devastate lives? ‘Would that knowledge be used to redefine what is ‘natural’,’ he asks. Even if we don’t yet know the answers, what we do know is that with more information, the possibility for kindness increases. This book holds us in its thrall and whispers: be kind to those who don’t quite seem like you.

But there is one cause of complaint. And that is the lack of voices (except for one encounter) of those who suffer from mental illnesses themselves. The subtitle seems an attempt to absolve itself of that responsibility. But one hopes that Pinto’s next compilation will be essays by those who have a different mind. That would indeed be the Book of Light.