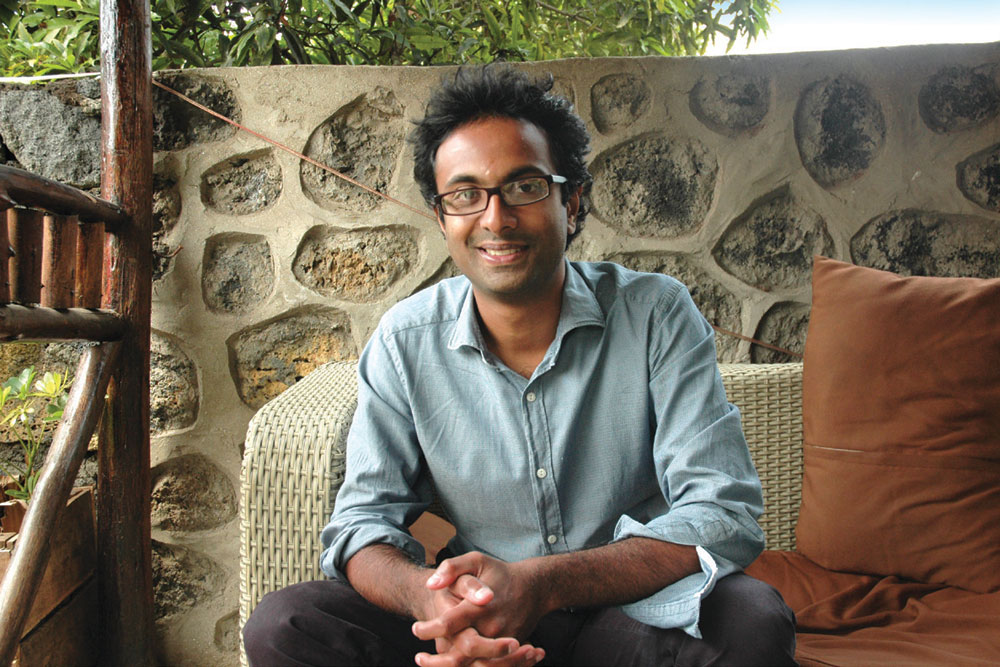 This superb book brilliantly captures the eerie calm, the constant gnawing anxiety of life under extreme political repression. The fear that eats at the mind until author Anjan Sundaram convinces himself the birds on his bedroom roof are crack commandos ready to drop through the ceiling and abduct him. The contagious mistrust slowly rises through the book; like the author, you too wonder whom to trust. It gradually becomes apparent that the surreal veneer of normality is a giant deception that convinces only the foreign diplomats and donors, who pride themselves on their influence with the dictatorship and on its efficiency.

Who better to be the foot soldiers of freedom than Rwandan journalists who pass through Sundaram’s training programme in the capital Kigali? It’s not long before the characters who exude hope and talent are forced to flee or go into hiding, their newspapers closed down. Worse still, several join the ranks of the flatterers who extol the virtues of President Paul Kagame, whose larger- than-life photos dot the town. ‘A big photo pays for your sins,’ explains a man outside a seminar on political reform put on to impress the diplomats. After a while, the journalism students turn on each other. Sundaram describes the betrayal as a kind of negative freedom that earns you more space, more liberty.

The journalism training briefly gives rise to the dream of a new magazine, which is slowly strangled by red tape and outright intimidation. From expressing himself in hundreds of words of elegant copy, one trainee is reduced to beeping Sundaram at night on his mobile phone simply to indicate he’s still alive. That’s after he’s sent a text message saying, ‘I think I may die tonight’. To reinforce the point, a grim appendix lists the many Rwandan journalists who faced problems after criticising their government.

In a metaphor for the book, one night Sundaram is shown what was obvious but he had failed to observe. He gazes at Kigali’s impressive lines of street lamps dotting the empty new roads then hears a shuffling of feet and murmur of voices on the adjacent perilous road. The population prefers to walk home from work in the dark. His Rwandan colleague explains, ‘The truth in our country is hidden and you need to look not for what is there but for what they hide’.

The book begins with a grenade explosion but all the physical evidence is tidied away so fast that the author begins to doubt his own memory of the sound of the blast. It’s hidden away.

The government orders all villagers to wear slippers overnight and it happens; plastic bags are eradicated once the order is issued. Not efficiency but systematic fear transforms reality; every village has its network of informers, which means there’s nowhere for dissidents to hide. Even abroad they’re tracked down.

The government’s giant lies become the truth and it’s a struggle to challenge it. The era of pensee unique, or a single way of thinking, begins to set in once again—the same mindset that fuelled the genocide in Rwanda.

Eventually the regime’s lies become so internalised that the victims of repression don’t even realise they’re victims. Villagers proudly destroy the grass roofs of their own huts because they are told by the government that they’re too primitive. ‘I felt the hut was bad,’ says a man whose family is left exposed to the elements as a result of his obedience. Sundaram stumbles on a landscape of devastation where people have mutilated their own homes. It’s a form of communal self-harm.

Like his debut book Stringer, this is beautiful prose, acutely observing the landscape and characters but in Bad News Sundaram has found something very important to say. This is not travel writing; it’s a portrait of a post-genocide society, a study of repression and mass denial. It should be mandatory reading for all diplomats who sit in capital cities, swapping gossip on the cocktail circuit, so sheltered from the horror under their noses that they almost end up doing the PR of their hosts. They’re the ones who are bad news in my book.