When the state and individuals failed freedom 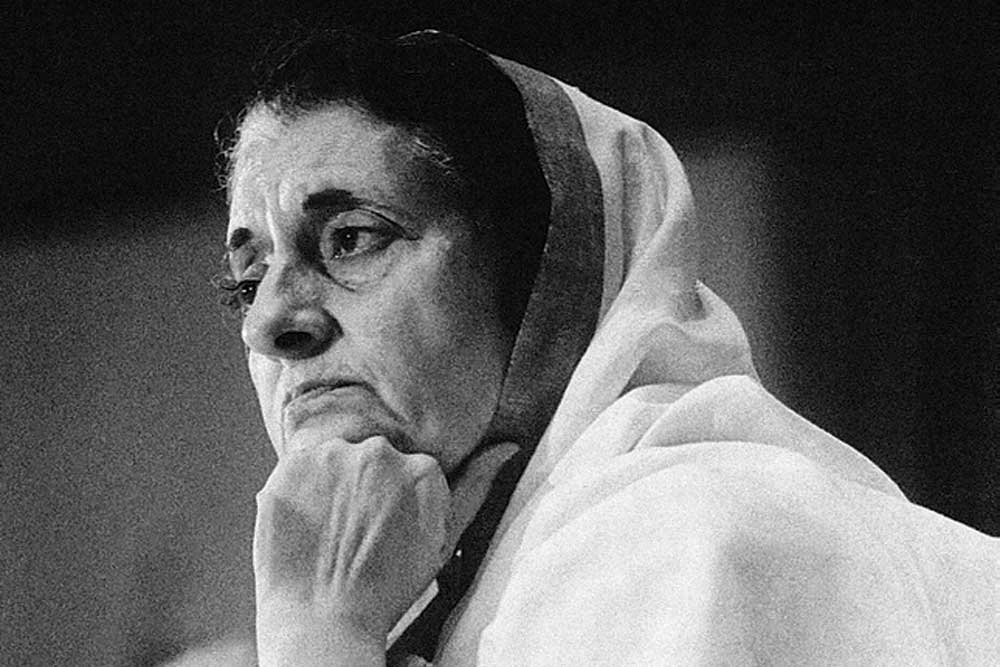 THE 19-MONTH Emergency imposed by Indira Gandhi remains highly controversial. No commentator has risked asking whether Indira Gandhi can be forgiven for it, or seen it as an event that was inevitable for a young democracy’s trial-and-error process, or suggested that it strengthened the Government. The lessons learnt have resulted in perpetual and adjectival vilification of both Indira Gandhi and the event, giving the impression that the bedrock of the world’s largest democracy had been shaken. Considering these formidable positions, it is plausible that any new or significant interpretation of the Emergency has to adjudge not only the established trappings of politically correct and righteous readings, but also cautiously take an approach beyond the argumentative.

Moving away from the usual rhetoric of labelling, Parsa Venkateshwar Rao Jr’s The Emergency: An Unpopular History makes no claim to reinterpret history. This sets it apart from other books on the Emergency. By allowing how the ‘actors of the Emergency drama have themselves spoken’, the book appropriately offers both an archival perspective on this phase of modern Indian history and a scathing affirmation of how popular practices in Indian politics are complicit in statecraft and the individual exercise of authority.

Allahabad High Court Justice Sinha’s June 12th, 1975 quashing of Indira Gandhi’s 1971 election, based on the election petition of defeated socialist leader Raj Narain, is often seen as the main vector for the declaration of Emergency on June 26th, 1975. The finer details of the Emergency are however not restricted to this legal haggling alone, but also include questions of constitutionality and legislative propriety. By referring to Emergency period narratives, Rao’s Emergency brings to life the parliamentary debates on some of the most contentious issues that Gandhi’s Government attempted to whitewash. Similarly, the selection of comments by many parliamentarians representing different parties ably encapsulates a huge corpus of archival material, the author’s main reference source.

Of interest here are some of the debates around the amendments to the Constitution or statutory acts or new bills that were hastily initiated and hurriedly implemented during the Emergency, particularly the 39th Constitution Amendment Act and amendment to the Representation of the People Act, 1951. The two amendments were aimed at thwarting the nemesis of an election- petition case and shielding Gandhi from judicial preview. Rao cites various expert opinions on the judiciary, putting the legislative amendments in the context of the election case. The problem of ‘retrospective legislation’ prompts two observations. First, the Emergency period’s motivated law-making initiated a litmus test to evenly contest judicial intervention and constitutional validity. Second, the documented chagrin undeniably highlights how robustly Indian democracy is rooted in parliamentary civilities and rule of law.

Rao comfortingly passes no meditated judgement, nor lays claims to a theoretical approach to history. But as it is, this short comment on the Emergency and Gandhi is interesting. Reviewing her as a pragmatist and realist, Rao comments that she ‘carried the infuriating tone of self-righteousness, where everyone else who differed with her and the party could be painted as anti-national, though she vehemently disavows the intolerance which she and the [Congress] party practise. Her use of nationalism is the usual ploy of a politician wanting to outwit rivals and opponents. It does not however mean that her nationalism was not sincere or authentic. It was but it was much too blinkered and narrow-minded and it was simply irritating’. Nonetheless, it brings forth the twin questions of how political leaders manipulate powers to either stay in power or be re-elected, and what leaders think of themselves. It shouldn’t surprise us. Rao notes that the socialist rhetoric of Gandhi in the 1971 election was completely different from the ‘reflective tone’ of 1975.

Rao has masterfully resurrected the ghost of an unpopular history, whose political narrative still demands our close attention to understand and situate the perils and future of democracy and also the abuse of the system. As Rao concludes, ‘Individuals err in their use of freedom, and states err in trying to contain it.’