Tales of aspirations and losses 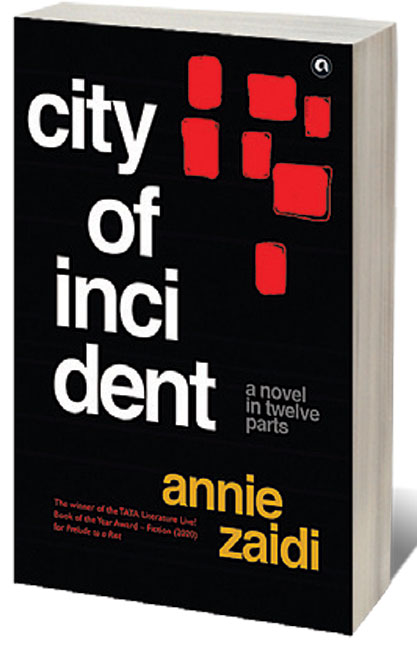 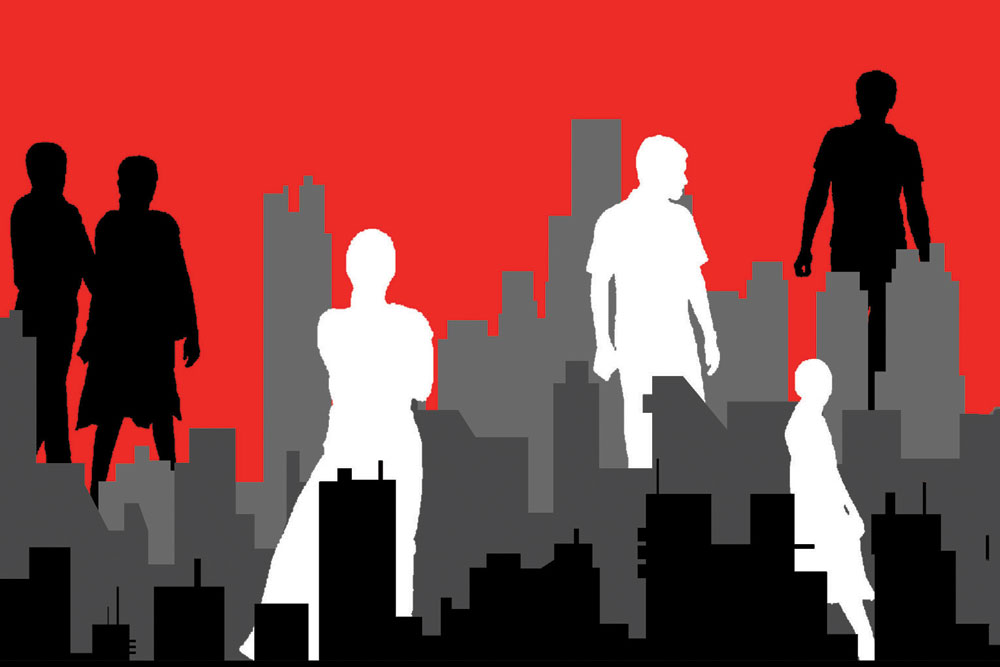 
ANNIE ZAIDI’S CITY of Incident is a small novel that you can devour easily in less than two hours. But you shouldn’t be fooled by its petiteness, for it plumbs the psyches of a metropolis’s inhabitants diligently, thereby making up for what it might lack in volume. So stretch your time out when you pick this book up because you’ll be in for a literary ride. Zaidi comes up with a dozen short tales and strings them together by shifting the points of view. This method allows the protagonist of one chapter to appear as a supporting character in another.

In a way, City of Incident captures the aspirations and losses of a bunch of people irrespective of their socio-economic status—there’s a trinket seller, a bank employee, a policeman, a security guard, etcetera. Most of them are unhappy in their own ways, some more than the other. As an author, Zaidi doesn’t provide her characters with many dialogues. She sets the stage simply by establishing the scene and ruminates on the peripheries that carry it forward. When the dialogues do show up, they are crisp and to the point.

Although each story is just around 10-15 pages long, Zaidi makes you feel that you’ve lurked among the sentences for longer than usual. The rhythm of the calculatingly serious prose is broken at intervals by the inclusion of humorous anecdotes such as, “The secret joke among the staff at her branch is that the sweetness of the scent and brilliance of the flowers in her hair stand in inverse proportion to the sourness of her tongue and the blackness of her mood.”

Zaidi sometimes stalls the plot by unfolding a particular scene again and again. Perhaps it’s the only way to make her readers register that everything’s happening in the same metropolis, where familiar faces pop up at every turn, but heartfelt hellos seldom do. Who has the luxury of doing a stop-and-chat anyway when there are trains to catch, the same trains where there are no places to sit, or stand?

While the stories of men are constructed somewhat lethargically, there’s a certain amount of shared weightlifting done by women here that’s profound and sad in equal measure. Take the bit about the housewife, for example, who “steals” a few extra minutes between 7.45 and 8 am to tussle with her thoughts alone before she has to get back to her husband and in-laws to serve them breakfast. Or another bit where a woman reminds her mother-in-law that the television set came to the house as part of her dowry. After all, when young women stand up for what they feel is right, patriarchy seems to shiver.

These are a little like the pieces of gossip that you pick up from your neighbourhood, but in Zaidi’s hands, they acquire a rich colour of their own. The final chapter, which has a romantic flavour, opens up smoothly, almost invisibly, by centring on a woman and a man who live on different floors of a high-rise. This one is pure in its form and gets all the emotions right—from curiosity to hesitation and then to the web of thoughts surrounding the sacred act of making the next move in a blossoming relationship. Over a cup of tea, the man navigates the conversation, hoping she’ll keep the silences at bay. If not a love story, it can be seen as the beginning of a fruitful friendship at least.

The characters in a City of Incident are left unnamed probably to make them sound universal. Or maybe the names really don’t matter. What matters, nevertheless, is Zaidi’s undying zest for pouring life into a set of characters whose power relies upon being omnipresent and yet whose tribulations go unheard.