What’s it that makes the Bengalis Bengali? 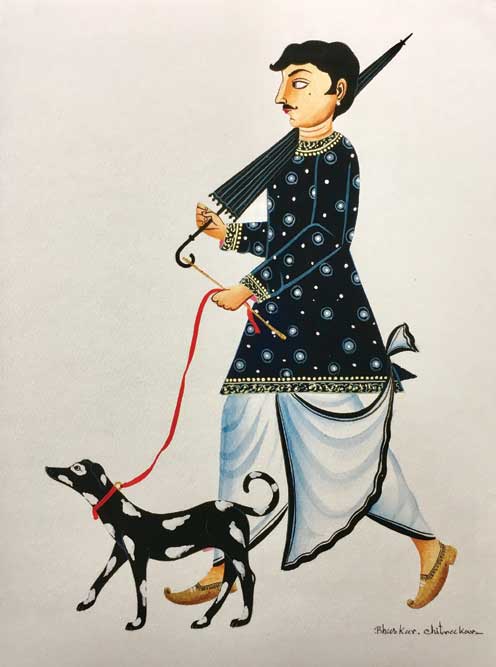 “THE TROUBLE ABOUT saying anything on India,” writer Suketu Mehta said a few years ago, “is that anything you say is true and false at the same time.” Maximum City, his 2005 biography of Mumbai, opened the floodgates for Indian literature in English on the country’s megapolises, but a bit of the writerly focus also spilled over to smaller cities like Patna and Ahmadabad. From there, it might seem like natural progression to move the spotlight to India’s communities, but, if we take what Mehta says to be true of the country, his words are even more germane to its people.

It would take a stout heart, supreme confidence and immense ambition for a writer to attempt a profile of his or her community—a sense of ownership is non-negotiable, so an outsider’s perspective wouldn’t cut it—and none more so than the Bengali, sharp, sensitive, pugnacious, intellectual, eloquent, apathetic. (And yet, it should surprise no one that the first such portrait of an Indian people would be of Bengalis.) On all those counts, Sudeep Chakravarti’s credentials are unimpeachable. A familiar byline for more than 30 years and author of several critically acclaimed books of non-fiction, the Calcutta-bred, Mayo College and St Stephen’s-educated Chakravarti also comes of a rainbow family encompassing, but not limited to, Muslim relatives in Bangladesh, Irish uncles in the UK and Tripura and Malaysia-born Bengali cousins-in-law.

This breadth of personal experience is reflected directly in the breathtaking scope of The Bengalis: A Portrait of a Community, which rejects conventional boundaries to examine Bengalis in West Bengal and Bangladesh and the diaspora, of course but, more unexpectedly, in the overlooked pockets of Assam, Tripura and Manipur. All the places where they are to be found comprise, in Chakravarti’s somewhat precious parlance, the ‘Banglasphere’. This construct—or, should one say, the breakdown of the construct—is the book’s greatest triumph in its examination of identity, introducing layers, textures and dimensions through fraught politics, societal stresses, and cultural tensions.

Indeed, if there is one area Chakravarti makes indisputably his own, it is the exploration of conflicts involving the Bengali through history, starting with his attack of peaceful Jain monks in the 6th century BCE (as recorded in Ramesh Chandra Majumdar’s definitive The History of Bengal, 1943), through the great Pal empire in the 8th century CE, right down to the deception of Mir Jafar at the Battle of Plassey—or Polashi, as Chakravarti calls it, in his ‘transcriptive’ use of Bangla—and into the 20th century partitioning of India and the subsequent birth of Bangladesh, the strong-arming of the tribal cultures of North Bengal and northeastern India, the Naxal/Nokshal uprising as also the more recent skirmishes against Maoists in Jongolmohol.

To cite Mehta, the Bengali, never renowned for his martial prowess, fights nevertheless: Like a guerrilla (Chakravarti recounts a hair-raising conversation with Deepankar Roy, his father- in-law, about raids they led against landlords who were hoarding grains and money while villagers starved in the late-1940s), like a bully (in the Northeast, where numerical weakness is compensated by their ‘entrepreneurial, managerial and survival spirit’, and in the Chittagong Hill Tracts, or even apropos neighbouring states like Bihar and Odisha), like soldiers (the Bangladesh ‘Mukti Juddho’), like unscrupulous politicians (Mamata Banerjee for and then against the Maoists).

In a state that worships the mother goddess, crimes against women are among the highest in the country. Chakravarti takes some joy in pricking the feel-good image balloon of emancipated Bengali

Consider the Tebhaga movement. If post-1970s children learnt of the Nokshals by eavesdropping on whispered adult conversation and decontextualised cinema and literature in later days, the Tebhaga movement—spearheaded by sharecroppers of undivided Bengal against unfair distribution of the fruits of their labour—has been elided completely from schoolbook history. Yet the protests empowered the Communist Party of India and bolstered the Nokshal movement years later. Invoking Roy, an active participant in the movement, again, Chakravarti writes, ‘… his anger was not just founded in the injustices he was protesting but was part of a long and continuous tradition of anger and protest that was integral to a certain strand of Bengali society, and which was reflected in its literature and culture.’

In a history as wide-ranging as The Bengalis aspires to be, these are the sections that work best, informed by Chakravarti’s deep study (the select bibliography runs into 13 pages) and experience in incisive reportage and analysis. While much of the material may be familiar to those conversant with Bengal’s chequered past and psychology—especially someone who shares Chakravarti’s demographic matrix—for large parts of the book, I felt the text was adding colour to a painting or photograph that had faded under constant exposure to light.

This is especially true of the brilliant account of the political and social impact of what Chakravarti calls ‘mastanocracy’, the rule of mastans, thugs, first encouraged and systematically enshrined by the Communists and then won over by Banerjee. From Marichjhapi in 1979 to the Singur-Nandigram upheaval that unseated the CPM from power after three decades, Chakravarti joins the dots in a detached yet masterly fashion to dissect one of the major factors for the long decline of the state.

On the flip side, I found the book’s references to contemporary culture, as also the allusions to Bengal’s feted art and literature—making up the bulk of the middle section of the book— inexplicably glib and dated. The subaltern, celebrated in the political and protest sections of the narrative, defers almost completely to the usual suspects of Tagore-Ray-Mahasweta; the humour at the expense of the middle-class Bengali accent or the mispronunciation of English words is smug and disdainful; the explanation of street slang is at least a couple of decades late in coming. Art, music, even theatre are conspicuous by their near absence.

Chakravarti is more acute when it comes to homing in on the side the Bengali likes to ignore or disown altogether: His racism, his classism (the Bangali/ Obangali and bhodrolok/chhotolok binaries are well taken), his intellectual arrogance, even his hypocrisy with regard to the treatment of women. In a state that worships the mother goddess with increasing fanfare each year—and has been, since apparently the fifth and sixth centuries CE—crime-against- women statistics, for instance, continue to be some of the highest in the country. Chakravarti takes some joy in pricking the feel-good image-balloon of the liberal, emancipated Bangali.

The Bengalis is an important work, melding scholarship and reportage-fed analysis with style. It is uneven and certainly not perfect; indeed, some of the flaws of the Bangali could be imputed to the author, writing as he seems to of and for his own class. Also, I was genuinely confounded by some of the punctuation, which makes reading the book quite tiresome. But it is hard to question the passion that underlies the work.

Among Bangalis across the Banglasphere— Chakravarti deserves special credit for acknowledging and uniting the power of Bengalis worldwide—the book will be read, defended and torn apart for years to come. For non-Bangalis, well, there’s no better way of finding out what the ‘others’ are all about.