Beauty and Beasts in Nepal 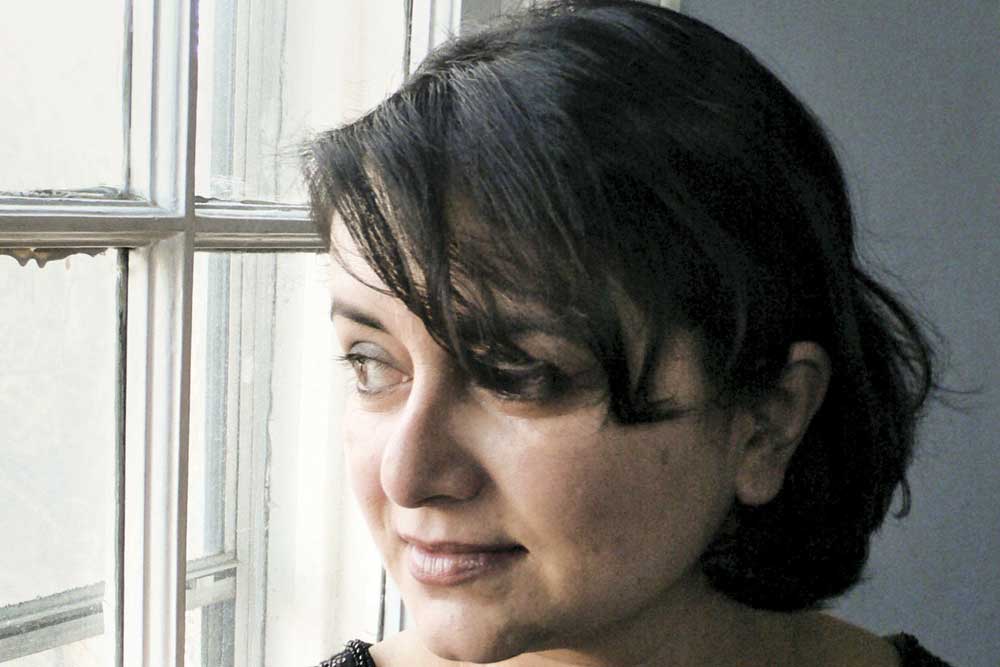 WHEN MANJUSHREE Thapa quietly, without ceremony, burnt Nepal’s constitution at the banks of Boulder Creek in Colorado last year, she wrote: ‘Something in me—hope, perhaps, for a better future for Nepal— had died. My loyalty had faded…The fire flared, blazed briefly, and flickered out. My emotions toward my country burned away.’ Thapa felt gutted that Nepal had yet again failed to give equal citizenship rights to women in its new constitution, brazenly ignoring the feminist movement that Nepali activists and citizens such as her had spent years fighting for.

Thapa, born in Nepal, raised in Canada and the US, now divides her time between Toronto and Kathmandu. It’s these difficult emotions, of feeling rooted yet displaced, of wanting to belong yet feeling betrayed by one’s own homeland that she channels beautifully in her new novel, All of Us in Our Own Lives. Indeed, Thapa has written about living in and away from her country of birth with grace in all her fiction, and with this novel, it comes full circle.

All of Us, in the most unassuming way, is a cracker of a book. It has a page- turner quality, although none of the tropes of one. There’s no heavy-duty romance, heady crime or suspense, nor any dramatic twists and turns. Instead, there is a neatly crafted plot, beautifully realised character arcs and a gentle flow that chugs seductively along.

Thapa pulls you into the murky world of international aid work in Nepal, as her protagonists are placed at different levels of power in this industry. There’s the instantly likeable Ava Berriden, a Canadian lawyer who dumps her corporate job and cheating husband and moves to Nepal (from where she was adopted as a baby). As a big-shot officer at a major aid organisation in Kathmandu, Ava’s introduction to her country of birth is uneasy and at odds with the luxury of freedom and order she had back in Canada.

Freedom has a decidedly different meaning for Indira Sharma, the senior gender activist at an NGO in Kathmandu. She is ambitious at work but can’t call the shots at home, where she’s hemmed in by the duties and restrictions imposed on a Nepali daughter-in- law. Further down the power ladder is Sapana Karki, an enthusiastic, idealistic young girl in a small village, who wants to make a difference by mobilising the women in her community. Her step- brother Gyanu is wizened by his years in Dubai, where he works as a chef. The only male character among the protagonists, Gyanu sees the women around him as equal individuals. He is quite unlike others we come across, whether it’s Indira’s and Ava’s colleagues at the aid organisations, Indira’s husband, or the village folk. Gyanu is, like many others of his generation, torn between his roots in Nepal and ties to the family, and a better life in a land far away from home.

These four lives intersect over the course of the novel, through aid work spearheaded by Ava. Strangers to each other, Thapa finds touching ways of connecting them through memorable moments. Indira, caught in a whirlwind of emotions as she struggles to find her rightful place in an unequal Nepali landscape, finds an unlikely comrade in a woman she thought would see right through her. Ava, who struggles at first to forge connections with Nepali men and women at an intimate level, happens to share some comforting moments with Gyanu and his sister. There are other, peripheral connections that stay with you: would Gyanu have made it through the rough and lonely times in the desert without his friendship with Jairus from Karachi, or Maleah, his Filipino lover?

All of Us is a book in a constant state of movement. Its characters reflect beautifully the flux and chaos of the country in general and their own quests for a better life. In Sapana’s story this sense of upheaval comes through, as she struggles to accept that those she calls her own want to leave, leave her behind as they seek greener pastures. This seems to her a personal blow, which it isn’t meant to be. Sapana’s trip to the border of India and Nepal is a heartbreaking scene. With moments like these, Thapa skilfully creates pauses in a novel in which much happens behind the scenes, but readers are never left out of breath.

It’s hard not to be affected by Thapa’s socio-political perspectives that inform this novel, and her previous work as well. She covers it all, from poverty to uneven development to the use and misuse of international monetary aid to the corrupt corridors of power to insurgency. By making local issues global, she also makes them engrossing. She writes her stories while in Nepal, not from afar, and this gives her books a knowing, intimate feel. Her work with NGOs in the interiors of the country in the early years of her career lends an authenticity to her subject.

All of Us also weaves in 2015’s devastating earthquake, the drafting of the new constitution and the rebuilding of the country, though not in great detail.

There is little doubt that Thapa is an accomplished and prolific writer; who hasn’t always received her due. Her non-fiction work has been topical and has engaged an array of themes. She has written masterfully about a range of subjects from remote corners of Nepal, to Chandra Gurung, the noted conservationist, to the royal massacre and its even more violent aftermath. She has also translated and written the introduction to The Country is Yours, a collection of contemporary Nepali literature. Her novel, Seasons of Flight, about a modern Nepali woman, who leaves her warring country for a life in the US, is a self-assured work, while The Tutor of History is a politically charged social drama.

Over time, Thapa’s writing has only gotten sharper, wittier and more restrained. Her strong, though subtle feminist undertones are telling of the realities of the modern woman in Nepal. In All of Us, Ava may have the advantage of being born into a liberal environment, but Sapana and Indira are their own women, struggling to function within the limitations of their society. Here’s Indira Sharma, at her sardonic best talking to a male colleague about women empowerment: ‘That male glibness: Indira had heard it all her life. Men were always patronising her, talking down to her, telling her that of course she was superior, but also letting her know, through connotation, inference, signs and body language—that they were in charge. All these glib men were always letting her know: I have a penis. I have a penis, and you don’t.’ Indira, in a way, is the book’s most arresting character— the capable, strong-willed Nepali woman, the one with a war raging within who must stay the course.

Thapa also skilfully creates the contrasts and layers of Nepal. If the countryside is breathtaking and pristine, the city tends to be squalid and jagged, all beauty and beast literally. The novel is coloured with a deep sense of time and place and Thapa knows how to create a landscape that can be both hostile and affectionate towards the people who bustle in and out of it. Ava’s journey into the heart of Nepal pulls this thread forward. ‘There was garbage festering openly on the street leading to her hotel. Fortunately, her daily commute to the office was short. She’d have to immerse herself in Nepal eventually, but for now she was grateful for the barriers that existed,’ writes Thapa of Ava’s early experience in Kathmandu. A few pages in, Ava glimpses a life outside of the city, the Nepal of travel magazines: ‘Getting out of the car, Ava had to stop to take in the sweep of undulating green hills and steep black mountains, and beyond, the Himalayas: sharp, spiky, white, shimmering like a hallucination… Nepal was beautiful.’ In Thapa’s hands, this beauty, of nature and human connections, shines through.