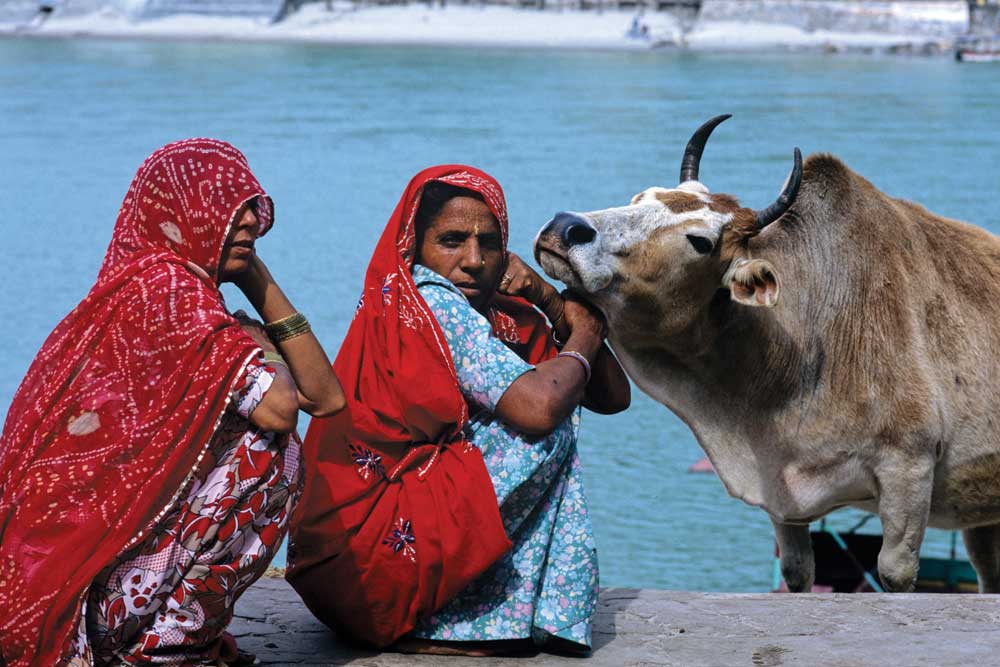 THE LIVES OF animals and people have been inextricably linked—whether either party likes or wants it or not—since time immemorial. This is especially true for people living in rural areas—or as in the case of this wonderful book, the foothills of the Himalayas. Radhika Govindrajan, an assistant professor of anthropology at the University of Washington, spent years in the Kumaon hills, observing and studying the deep relationship people there—especially women—have developed with animals they interact with (domestic or feral) and vice versa. Women figure far more than men, simply because it is they who look after animals, forming deep bonds with them in the process. Govindrajan writes elegantly and fluently —recounting stories involving these relationships—and then, analysing them as an anthropologist.

If you are not familiar with social sciences terminology, you may struggle a bit while going through some parts— though careful reading usually unravels what is being said. Govindrajan refers to a host of other social scientists all through the text too, which, again, you may have little idea about if you are not an expert. None of this detracts from the fascinating stories she tells us and the sheer enjoyment you get from this book. The animals you will encounter include goats, cows, monkeys, wild boars, bears, leopards and dogs. The relationships described are often complex, paradoxical, used as metaphors and not necessarily positive, and can cause anguish and clashes with authority, animal rights’ activists and religious bigots.

There is for a start the matter of sacrificial goats. Women, who have raised goats since they were frisky kids, naturally develop affection for the animals. But when these animals have to be sacrificed to keep the pahari gods happy, their caretakers (and others) are left in tears. How does one make sense of this—because from the beginning caregivers know the ultimate fate of their charges? Surely, no goat being taken for sacrifice is a happy animal. But then animal sacrifice in the hills has been going on for aeons (and has taken the place of human and child sacrifice)—and the villagers justify it by maintaining that pahari goats know they’re being sacrificed for a good cause, so go willingly to their deaths. ‘Pahari animals were related to pahari people by virtue of their shared subjection and relatedness to pahari devi-devata.’ A goat from the plains would not go quietly.

This distinction the Pahari folk make, between themselves and the creatures (animal and human) of the plains is a recurring theme. In the case of cows, a difference is made between pahari cows and Jersey (ex-townie) cows: The former give less milk but high quality dung; the latter produce more milk but disgusting dung. While villagers—again women mainly—may form deep bonds with their cows, they are troubled by the so- called concern for animals being touted by right-wing extremists and cow-protection thugs, using them for political and religious ends.

The case of monkeys is even starker. Hundreds of city-bred (goondas from Delhi and Jaipur for example) monkeys have been clandestinely dumped in the mountain villages, in the dead of night. Unlike the local pahari monkeys, who by and large mind their manners and have a relatively civilised relationship with the Pahari folk, these thugs pillaged crops and orchards, and even attacked villagers apart from intimidating local monkeys. The Pahari folk believe that this was deliberately done, to make them move out of their villages and sell their lands to sharks from the plains, which had happened in several cases. The battle between the city-bred monkeys and mountain monkeys is described with allusions to the Mahabharata—the city- hoodlums being the Kauravas, of course.

Pahari women slyly maintain bears may often turn out to be better lovers than their husbands— gentler, kinder and not beating them

Even worse was their relationship with pigs and wild boars. Govindrajan recounts the story of the notorious sow that escaped the confines of the Indian Veterinary Research Institute at Mukteshwar back in the 1960s and according to the hill folk has given rise to a clan of rapacious wild boars, each of which can destroy a year’s crop in one night. What galls is that they’re not allowed to hunt them because of wildlife protection laws (I think wild boars are now classed as vermin in certain areas), which make them believe that the Government cares more for animals than for them. While the ‘higher’ caste people express revulsion for pork from domestic pigs (which, they say, feed on human excreta), the meat of a wild boar is considered a delicacy. Paharis are however amused and express quiet satisfaction by the fact that a pig could actually escape from such an impassive Government institution—and was never recaptured: Pig 1 (or now 100), Government 0!

There was also the shared ‘relatedness’ between Paharis and animals in regard to their relationships with colonisers who regarded them on, if not below, a par with the animals. It was the colonists who decreed that ‘game’ had to be protected from ‘natives’ who would hunt them to extinction. Only an elite few of the colonists were permitted to hunt—something which became the precursor of our wildlife protection laws.

Then there are the salacious stories of bears abducting and making love to Pahari women. As it is, it is women who take their livestock out for grazing, cut wood and fodder, it is they who tend to encounter bears (sometimes with terrible consequences) more frequently than men. Bears are very much like men, standing up on two legs, and will, according to the stories swilling around, abduct women and keep them in caves and make love to them. But as many women slyly maintain, they may often turn out to be better lovers than their own husbands—gentler and kinder and not given to beating them. These stories enable women to talk, freely and with a great deal of enjoyment and relish—and a wink and a nudge, about subjects that otherwise are taboo, particularly with regards to husbands and mothers-in-law.

All through the book, Govindrajan reiterates how intricately and inextricably intertwined are the lives of people in the hills with the animals they raise and come across in the course of their everyday lives and vice versa. As she writes: ‘What does it mean to live a life that is knotted with other lives for better or worse? How do such knots come to be tied?’ What also emerges as a sort of sidebar, and expressed again through these relationships, is the hill people’s instinctive mistrust of people from the plains, who they suspect (quite rightly in many cases) are out to diddle them of their land and livelihoods. Nor do they trust the authorities.

The area of Govindrajan’s study was centred around three villages near Mukteshwar up in the Kumaon mountains and she made close friends (human and animal) in the course of it. I would suspect much the same ‘relatedness’ would be found in villages which abut forests and protected areas—anywhere in fact, where people and animals live in proximity. But this cannot take away from the fact that this is a warm, wonderful and enriching must-read from start to finish.