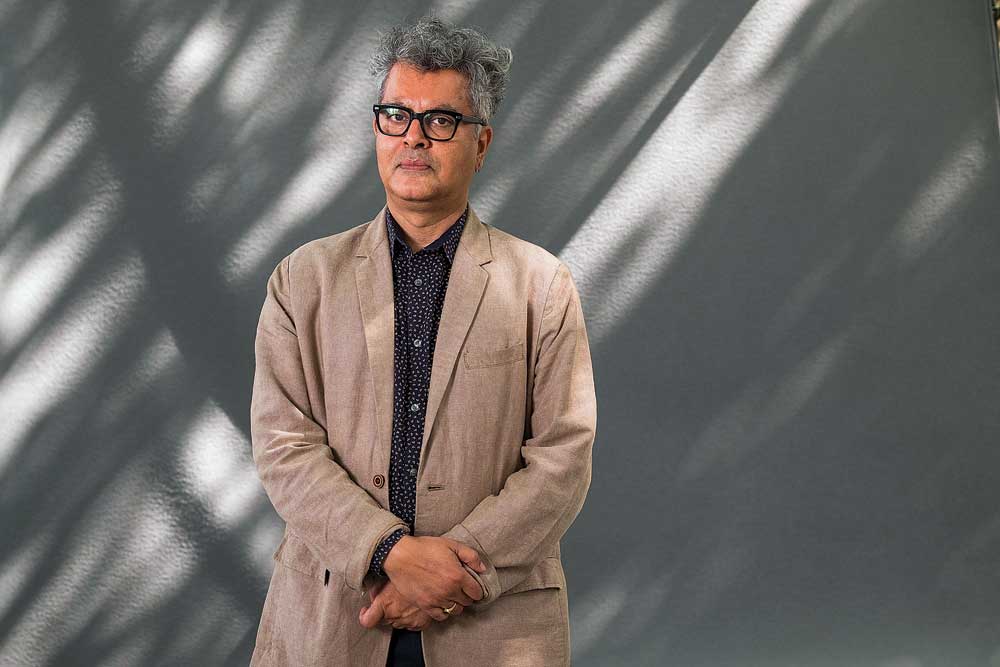 IN THE OPENING pages of Writing Badly is Easy (Aleph; 320 pages; Rs699) Amitava Kumar takes us to the ground zero of bad writing, the judgement in the Arushi Talwar murder case. Kumar quotes the 83-word-long introductory line:

‘The cynosure of judicial determination is the fluctuating fortunes of the dentist couple Dr. Rajesh Talwar and Dr. Nupur Talwar, who have been arraigned for committing and secreting as also deracinating the evidence of commission of the murder of their own adolescent daughter-a beaut damsel and sole heiress Ms. Aarushi and hapless domestic aide Hemraj, who had migrated to India from neighbouring Nepal to eke out living and attended routinely to the chores of domestic drudgery at the house of their masters.

This kind of writing blends unintended comedy with unforgettable tutorial: do not write this way. Judges are often pilloried for their verbosity and Kumar is having none of it. “Every time a prominent judgment is handed out in India, I ask myself: why do judges write this indecipherable, incoherent prose?” he says via email, responding to what prompted the idea for this book. “Honorable justices committing so many crimes against language!”

Writing Badly is Easy trains its guns on judges only in passing. Its more searing broadsides are reserved for academia and all those who dwell in the ivory tower of jargon. In a work of criticism that strings together short pieces on different themes, Kumar, a professor of English at Vassar College in New York State, assesses the landscape and returns with the news: academic writing is for the most part still musty and straitjacketed. Scholars learn and replicate the same coded phrases and writing tics to gain entry into The Academy. Style becomes a casualty.

‘The idea of a stock vocabulary is a certain way to produce language that is stillborn,’ he writes in one place. Elsewhere, there is this obvious-sounding but little-followed dictum: ‘You fail as a writer if your writing is not concrete, if it is vague and abstract, and your reader is unable to see what you mean.’ And this, ‘Everything need not be stated or explained in the very first paragraph, the way academic writers are supposed to lay out when explaining the intent of their essays.’

Kumar makes an impassioned plea against dense prose; writing that by seeming difficult pretends to approach something of value. For instance, he mentions the random academic sentence generator, an online joke-of-sorts that throws up poncey, incomprehensible lines such as: ‘The idea of the proper- name effect allegorizes the de-eroticization of normative value(s)’.

In the interview he narrates the response of the economist who when asked if he had anything to say to those he was theorising about said, ‘Do entomologists talk to ants?’ “Fair enough,” says Kumar. “There is a reason for a specialised vocabulary in any discipline or practice, and no one should have to apologise for it. At the same time, academic language makes a fetish of itself. If you make the mistake of going to an academic conference, you will hear language being used that makes healthy plants wilt. So much hot air!”

That does not mean falling in with knee-jerk anti-intellectualism that dismisses everything slightly highbrow, but Kumar argues for new directions in writing altogether. ‘Instead of merely demanding clarity, I want to emphasise creativity,’ he writes. ‘The question to ask is the following one: whether as academic scholars or as creative writers, are we being inventive in our use of language and in our search for form?’

Kumar isn’t just here to bury what’s not working; he wants to reveal the scaffolding that makes great works great, to show and tell us how writers approach their work. “My main reason [for writing this book] is to present readers with examples of writers who embrace freedom. People whose prose carries a sense of liberation. I would like young scholars in particular to inhale those examples. Bend down and in one short breath take in Geoff Dyer.”

“If you make the mistake of going to an academic conference, you will hear language being used that makes healthy plants wilt. So much hot air”

Geoff Dyer, a master of nimble prose features in the book; as do other favourites like Claudia Rankine, Zadie Smith, Janet Malcolm, John Berger, Suketu Mehta and Annie Dillard.

“There is nothing more depressing in contemporary America than watching TV footage of Black men being shot by the police. One of the sharpest, most illuminating responses to this condition is Claudia Rankine’s book Citizen,” he says. “It was a finalist for both poetry and criticism prizes. Another recent hit is Maggie Nelson’s The Argonauts, part-memoir, part- theoretical exploration of gender and sexuality. Or Max Porter’s Grief is the Thing with Feathers, a short novel about heartbreak and, at the same time, an inventive critical appreciation of Ted Hughes and his poetry.”

Kumar’s book is both a takedown of the bad and an appraisal of the good, a whistle-stop tour of formal experimentation, modern-day classics and genre-eliding work. “The Berlin Wall between creative and critical writing has fallen,” he says. “Academics, whether they are historians, critics, sociologists, even law professors, now are more open to playing with form and writing in ways that are inventive.” But these are the exceptions. “I say this and yet I’m aware that this new writing is far from being the norm. The examples that I have in mind are more like night flares in the dark. They light up the sky momentarily and what your eyes see is a dismal sight: the big ship is going down.”

Kumar grew up in Patna and studied at Delhi University before moving to the US in the eighties. He has written several books of fiction and non-fiction and received various writing fellowships.

“I’m talking to you as an advocate of style. You can also call it voice. Voice is the final frontier. I envy all those whose single sentences betray their identities”

Stitched through the book is his own progress as a writer, from recent immigrant and halting poet to writing teacher and literary elder. ‘The most significant turns in my scholarship, and in my writing, have been attempts to first fit into, and then violently move away from, the existing codes of naturalisation for gaining citizenship in the English Department,’ he writes.

For a full-time academic perhaps theory is indispensable, but what happens then when you write fiction, poetry and journalism? Does the weight of the theory tell on the practice? Kumar revisits a conversation with Salman Rushdie, a writer whose oeuvre has generated a virtual cottage industry of academic writing. To Kumar’s question on how he reconciles the critical readings of his work against the creative impulse of writing, Rushdie says, ‘When I’m making a book, I’m not thinking of theory’. When asked the same question Kumar says, “I find that I have learned from all that theory— Fanon, Said, Spivak—but I need to keep it under the surface, or latent, when I’m writing fiction.”

If writing should be a joyful exercise of leaping across boundaries and sloughing off old restrictions, Kumar is here with the medium as the message. His writing is fluid and wide-ranging; he culls from books and interviews, conversations and correspondences interspersing the text with pictures and lists. ‘This is a call for making style a crucial element of any writing,’ he writes.

Asked if there are hallmarks of good writing regardless of discipline or genre, Kumar falls back on style. “I’m talking to you as an advocate of style. You can also call it voice,” he says. “At the same time, I always remember William Maxwell’s remark: ‘After forty years, what I came to care about most was not style, but the breath of life’.”

Voice is hailed as a cardinal requirement, but how do you procure and polish that ineffable quality? “The short answer: through patience and practice,” he says. “By writing regularly and, as important, by reading widely. Voice is the final frontier. I envy all those whose single sentences betray their identities.” But a two-year long writing degree is not enough to teach voice. That comes with time. “What a writing class or classes can do is introduce you to all those voices and accents that were strangers to you, and then put you on the path to finding your own.”

Some of it might be aimed at scholars, or aspiring scholars, but there are general lessons for anyone who hopes to write well. ‘… if you aren’t writing, you should nevertheless perform the ritual of sitting down to write about what you are not writing,’ he suggests at one point. At another he defers to good advice from the playwright Edward Albee: ‘Read junk, it’s enormously encouraging to tell yourself, ‘I can do better than that’.’

Though the book mimics some of the rules of self-help, even segueing off into an aside about the genre and its history, Kumar hesitates to explicitly list out commandments (though the appendix has some). ‘What advice can one give? Get out more, love what you do, and try to write daily….,’ he writes, before returning to another writer’s words. ‘I can only repeat what Barbara Kingsolver has said, ‘It is harrowing for me to try to teach 20-year-old students, who earnestly want to improve their writing. The best I can think to tell them is: Quit smoking, and observe posted speed limits. This will improve your odds of getting old enough to be wise’.’

The book brims with lessons from other, famous writers and is rich in conversations that Kumar has had with many of those that he quotes. There is the plaintive question to Rushdie on advice for post-colonial writers. Rushdie keeps it simple: they must avoid tropical fruits in the title. ‘No mangoes, no guavas. None of those. Tropical animals are also problematic. Peacocks etc. Avoid that shit.’ Noted. I ask Kumar the same question and he refers to Michael Ondaatje’s Coming Through Slaughter, a novel about a jazz artist in New Orleans. “There is such freedom and invention in that novel,” he says. “No reaching back for the familiar marks of authenticity. No samosas. No saris. I want to challenge others—and myself—to keep crossing the border into new territories, new languages.”

Good writing and good editing are good political acts too. In a recent essay Grammar as Resistance in the Trump Era Kumar lamented President Trump’s disdain for grammar, punctuation and by extension, reality. ‘Good copy editing,’ he writes, ‘will make us better people. Or, at this crucial point in our nation’s history, better citizens certainly.’

Asked to elaborate on that he brings up the old charges against the political class; how they deploy language to befuddle and obfuscate. “We are living in an era of fake news,” he says. “Our leaders are liars. Good copy editing is about getting your facts straight. It is also about finding precision in your language. Those are valuable qualities to have at a time of general civic crisis.”