A State Gone to Seed

A collection of essays fails to shed new light on an old topic. The focus is on Pakistan, not on the great divide 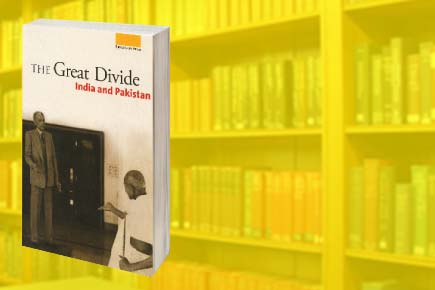 A collection of essays fails to shed new light on an old topic. The focus is on Pakistan, not on the great divide


Is Pakistan a failure of the imagination? Is it a failed State? Is it, as Bernard-Henri Levy once said, “the most delinquent of nations”? Will it implode sooner than later?

These unexceptional posers form the bulk of this collection of some three dozen essays on South Asia’s feuding neighbours. They are interspersed with rare pictures, which are almost always more interesting than most of the writing. Many of the essays are versions or excerpts or mere republication of existing material, including a short story.

There are the usual romantics, doomsayers and soothsayers holding forth on the past, present and future of Pakistan; the ‘great divide’, not surprisingly, gets short thrift during a time when the spotlight is on the ‘rogue State’.

A bit of the material stands out though. In an excerpted essay, political scientist Ashutosh Varshney writes that few nations in the world have such a short ‘gestation period’. It came off a Muslim League endorsement in the last election in British India, but the franchise was severely restricted to the rich and well-to-do. Only 10 to 12 per cent of the Muslim people would have voted. ‘Essentially,’ he says, ‘the nation of Pakistan came into being even before its mass base was established.’

That was not all. The spurious two-nation theory then took more blows. Muslim majority Kashmir did not join Pakistan. The breaking away of the eastern wing into independent Bangladesh wrote the epitaph of the theory. On the other hand, Pakistan was failing to take off: it found itself without a constitution until 1956, which was abrogated two years later. India embraced democracy without any ado; but the first multi-party elections in Pakistan were held only in the late 1960s.

What about premonitions of State failure? State failure, Varshney says, happens when the State is unable to provide or protect public order. According to him, if the armed forces ‘remain reasonably united and do not lose their legitimacy in the eyes of the populace, the conditions of the State failure are unlikely to mature in Pakistan’. Ergo, the army is the negativist State weaned on anti-Indian-ism.This cannot be sweet music to Pakistanis who believe that the army has been responsible for much of the mess in the country. It could be argued that the army ‘continues to enjoy’ a certain legitimacy because of the collapse of other State institutions, for which it is itself responsible to a large extent. Pakistan’s comatose public institutions are its biggest challenges.

Then there is Pervez Hoodbhoy’s eloquently argued rant on what ails Pakistan. The physicist-savant writes of the Saudi-isation of Pakistan, where a ‘stern, unyielding’ Wahhabism has been replacing the gentler Islam of the Sufis and sants. He talks of jihad as an instrument of State policy, the proliferation of radical madrassas and the threat of nuclear weapons in the hands of extremists. ‘India may have to absorb more Mumbais,’ he says, alluding to last November’s deadly attacks, ‘without going to war. The alternative—a nuclear war—is unthinkably worse.’

Clearly, Pakistan will first need to battle its own demons. The war against the Taliban in Swat has created over 1.5 million refugees. Some 10 per cent of the country is under the control of extremists. The mutated Afghan and Pakistan Taliban are all over the Fata areas on the border—this is the world’s new Terrorism Central. Extremists have beaten back the poorly-equipped paramilitary forces deployed in the border areas. And with 80 per cent of its army deployed on the Indian border, only a dramatic improvement in relations with its twin can help Pakistan defeat extremism. The Subcontinent has no great leaders and there are no easy solutions. Things are going to get bleaker before there is even a glimmer of hope.