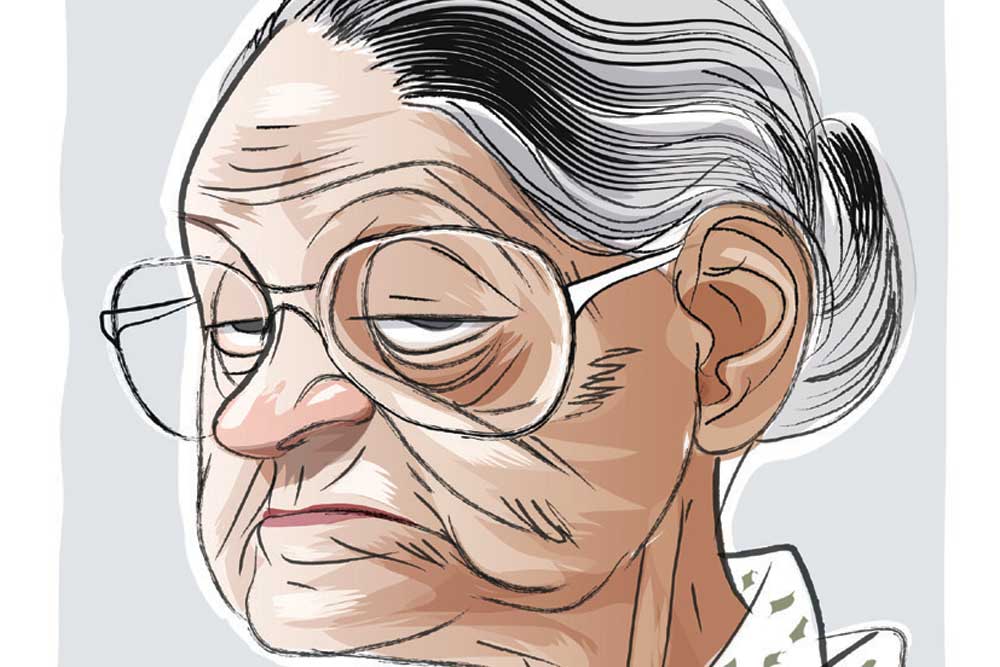 FOR DELHITES LIKE me who have spent pretty much all our lives in the capital city, the Delhi of today, in terms of citizen services, is a much improved place from what it was, say, three decades ago. I remember riding in buses, on our way to college, that would lean over to one side of the road precariously from the weight of all the men who were hanging on to them.

For women, particularly, those buses were a nightmare. There was not a safe space where you could stand or sit that was not fraught with danger, night time travel was impossible, and sexual harassment— known as ‘eve teasing’— was the order of the day.

I remember times when there were long power cuts and we never knew when, or if, the electricity would return. I remember the days when the Delhi government started something called ‘Bhagidari’ and a good number of Resident Welfare Associations across the city were suddenly galvanised into action.

There’s no doubt that Delhi has seen a great deal of change, not all of it positive, and not all of it egalitarian (for example, little has changed for women in the city), but successive governments, in particular the Congress and the Aam Aadmi Party, have brought in their own types of change.

How did this happen? What were some of the issues the state government tried to address? What were the tensions, machinations, power struggles, vested interests that went into the making or scuttling of change? It is some of these questions that Sheila Dikshit’s recently published autobiography, Citizen Delhi, tries to address.

All autobiographical accounts are experiments in a kind of truth telling, and all truths are selective. Clearly then the kinds of truths you can put out—if you are trying to balance different loyalties, whether to a party or a person or a people, and when you are the kind of person who does not wish to speak ill of anyone (as Dikshit is)—are limited.

Dikshit’s natural restraint is much in evidence in this autobiographical account. The reader looking for anger, recrimination, or exposés of scandals will not find them here. Instead, she will find a strong commitment to the values that brought the Congress party into being, a loyalty to the party, a belief in the need for change, but also, between the lines, a sense of hurt and bewilderment at the ways in which political loyalties shift and are betrayed.

And the reader will find silences, predictable and unfortunate silences. The most glaring of these relate to the Emergency, to Bofors, to Sri Lanka, to other scams and scandals relating to the UPA’s fall from power. All of these get a mention, and some minimal discussion, but it’s only just that.

Of course it’s unfair to expect someone who has been so long a party loyalist to now be open and critical, and it is only towards the end, while discussing the rape of Jyoti Singh Pande and the state’s reluctance to engage with its citizens at the time, that Dikshit allows a note of criticism to creep in.

Part of what she says is explanatory and part mildly critical. The Delhi Police, she tells us, are not the responsibility of the Delhi government, but the Centre. True enough, but at a time like that it’s important for the state to speak out regardless, and that did not happen.

But what marks this book as a different sort of political life writing is its first part, where the author describes her transition from an independent liberal college student to a traditional wife, albeit of a man she fell in love with, and then her years as the wife of a bureaucrat and her induction into politics. Throughout all this, the warmth of a loving family surrounds her as she grows into the woman she is meant to be, and at every step, both the natal family and the marital family stand by her.

Dikshit is instinctively sympathetic to women, although she does not identify as a feminist. But the personal part of this story is something that would be hard to find in a traditional political life story. Just for that, and for a glimpse into the workings of governance and government, it is worth reading.