A Note of Dissent

Where politics is a theatre of the absurd 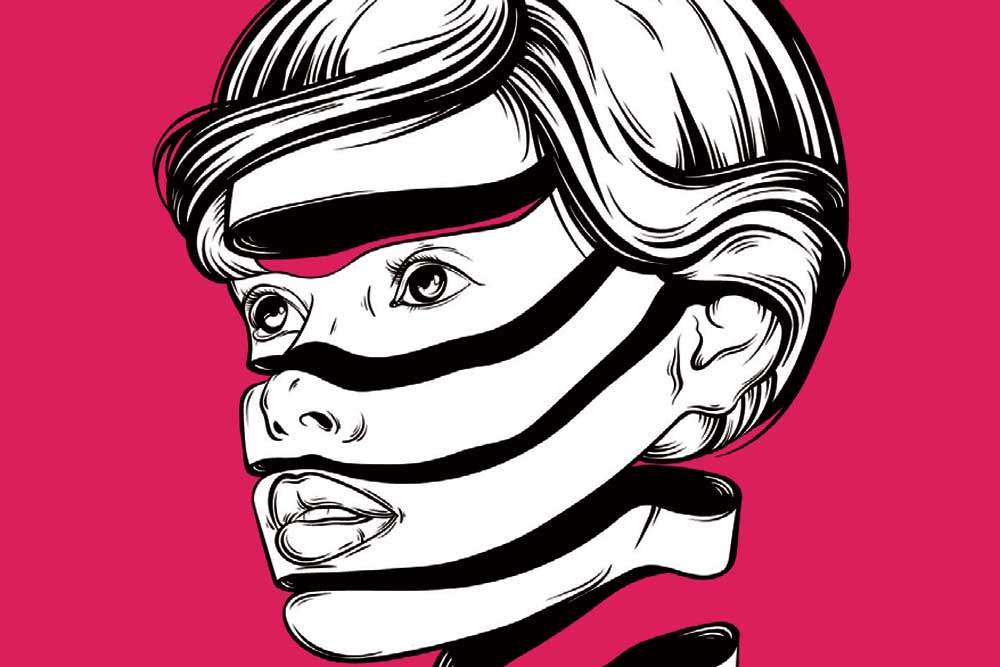 WORDS PRINTED ON paper, though only words, can threaten to pull down a state from under itself. Manu Joseph’s latest book, Miss Laila, Armed and Dangerous, treads this uncertain ground. It sets out to, if not dismantle a government, unapologetically call out its transgressions.

Miss Laila covers events and recollections within a span of 24 hours on the counting day of an election won by Damodarbhai and his Sangh-led government. This victory forms the backdrop for the fulcrum of the story, a building that has collapsed in Mumbai. Akhila Iyer, a political satirist who mocks both the right and left-wing in her video pranks, rushes to the site. In the debris, the Army has located a man who is still breathing. The approach to the man is treacherous and the soldiers cannot fit through a tunnel to reach him. Akhila, agile enough for the task, offers to go back and forth over the next several hours to nourish the man while the soldiers try to rescue him. Akhila converses with the man to try identifying him. As she ferries fragments of information to the police outside, it emerges that this unidentified man knows of an impending terror plot involving Jamal, a Brahmin who converted to Islam for love, and Laila, a 19-year-old girl. As the bits of information stack up, different factions of law enforcement and the government try to nab Jamal and Laila for different ends. High-ranking members of the Sangh, too, seem to have a vested interest in this pursuit.

The plot of Miss Laila reads much like a thriller, but with the mocking voice of political satire. The story’s short timeframe drives the urgency of unanswered questions. Who is the man? Why have Jamal and Laila left Thane in a blue Indica? Why do different arms of the state, who aren’t exactly working together, want to abduct or even kill the couple? Against this fantasised chase, Joseph’s characters reference near-verbatim renditions of real figures from contemporary Indian politics. Crowds chant, ‘DaMo. DaMo’ at speeches given by their 56-inch chested political leader, who, ‘since the slaughter of Muslims in Gujarat…has been ascending across the nation,’ while ‘liberals have been trying to send him to prison’.

Joseph is brazen in depicting the politics of both sides as equally absurd. Akhila Iyer, on the one hand, instigates goons of the saffron brigade to beat her up, and on the other, takes down Arundhati Roy’s activism as masked elitism. Bold as it is, this upfront political critique often seems more snarky than incisive, as do attempts to reveal the intimate thoughts of propagators of communal violence. The description of the man who wears a saffron loin cloth and burns copies of the Qur’an, for instance, never quite arrives at the empathy to which it aspires.

There are many genuinely funny observations in the book, like an economy class uprising to upgrade a wailing child and its mother to business class, where a Sangh leader sits alone. Such moments are Joseph’s finest, but often also weighed down by overwrought proclamations about the strangeness of Indian politics. When Akhila speaks to the trapped man in Marathi, we are told that ‘calamities can only happen in the vernacular’. The text, on several occasions, underscores an ‘Indian peculiarity’ with an equally peculiar tone. While the premise requires the reader to be in on the joke of Indian politics, the refrain, ‘There are faces only an Indian can make’, makes one wonder who this book is directed at.

Miss Laila is brave in wanting to show off its resistance to an uncomfortably contemporary moment. But it is also a book that hasn’t resolved what it hopes to achieve by its insolence. If it wants to be commentary on the darkness and oppression of our times, it remains uncertain about its comment.