Fraudulent advertising and patient gullibility can be a deadly combination 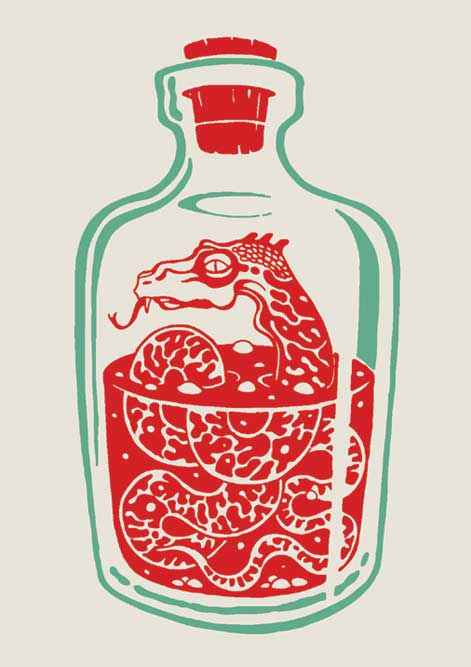 ONE OF THE biggest challenges we face these days is that of false advertising. The power of advertising is such that people get convinced by the most unlikely or absurd claims. Vice-President Venkaiah Naidu himself fell prey to such an advertisement for obesity pills. It is to his credit that he was honest enough to admit his folly.

Why would someone as learned as our own Vice-President believe that pills could cure obesity? The answer lies in human psychology—people are always looking for easy solutions to complex problems. Let’s take the example of two lifestyle conditions, obesity and diabetes. The management of these conditions requires lifelong lifestyle modifications like dietary changes and regular exercise, which often seems to be an insurmountable task. We are therefore always looking for short cuts and simplistic solutions. Advertisers take advantage of this human weakness and offer the moon to unsuspecting and gullible people. The claims made are unbelievable, and almost always deride the conventional allopathic system and its doctors. I will illustrate this with some specific examples.

The net is flooded with advertisements for a product called Glyxgo which has purportedly been ‘discovered’ by an AIIMS doctor (Gaurav Gupta) in collaboration with an MIT scientist (Peter Molnar). It says ‘We tested GlyxGo with almost 2,000 subjects (at the Nottingham Clinical Trial Centre), over a 10 day period and the results were shocking… GlyxGo regulates the blood sugar levels of 97.6% of all participants while taking the pill, essentially curing them of the disease.’ Dr Gupta goes on to say he is determined to provide this cure, a combination of plant extracts, to millions of Indians. Well, for a start, there is no Gaurav Gupta in the AIIMS endocrinology section. Peter Molnar is listed as a geophysicist at MIT. And the Nottingham clinical trial site makes no mention of the trials. In any case, where were the results published? The advertising is so convincing that even educated people are lapping up the product, which costs about Rs 1,900 per bottle. Before people realise the hoax, the company would have made its millions and disappeared.

A video doing the rounds on WhatsApp is by a doctor who conducts popular paid workshops promising a cure for diabetes. The promo reads: ‘This video explodes the biggest ever deception of the modern medical science i.e. diabetes.’ It also attempts to convey that diabetes is less of an endocrine disorder and more of a political disease, and finally equips the reader with a simple method which can help an individual to cure himself of three Ds— Diabetes, Drugs & Doctors—and save the nation of ‘a massive economic burden.’ It goes on to make even more bizarre statements: diabetes does not mean high blood sugar, you can have high blood sugar and not be a diabetic/ you can have normal sugar and be diabetic. What a disaster if people start believing this and ignoring high blood sugar. The video then goes on to claim that fruits will cure diabetes, and the fruit sugar fructose will not raise blood sugar, which is a false statement.

Another area of concern in health advertising is regarding indigenous or Ayurvedic medication. The recent blockbuster, BGR 34 is a mix of several herbs (most of which are well-known). It is being marketed as a new discovery to treat diabetes, meeting allopathic standards. Yet when one digs deeper for the scientific evidence on BGR34, there is little in published, indexed medical literature or journals (ayurvedic or allopathic) that show that BGR34 is an effective anti-diabetic drug, comparable to allopathic medication. The irony is that each pill costs Rs 5; the daily dose is 4 pills, so it adds up to Rs 20 a day, which is about 10 times the cost of Metformin, the most commonly used allopathic anti-diabetes drug. Another popular drug from this genre is IME9. Such advertising is harming the cause of Ayurveda, which has a wealth of wisdom that can be used for the benefit of human kind.

False food advertising is an even bigger challenge. Last year, an edible oil called Vivo was launched with great fanfare as a means to reduce blood sugar and blood pressure. Fortune Vivo is a blend of 20 per cent sesame oil and 80 per cent rice bran oil. This impossible claim (how will any oil lower blood sugar?) was made in the absence of any evidence. Despite numerous complaints against the product with the regulator, the false advertising continues.

A sobering survey in the Times of India recently found that 92.3 per cent Indians did not trust hospitals and the most trusted healthcare personalities are Baba Ramdev and actor Akshay Kumar, who advertises Vivo oil. Need I say more?