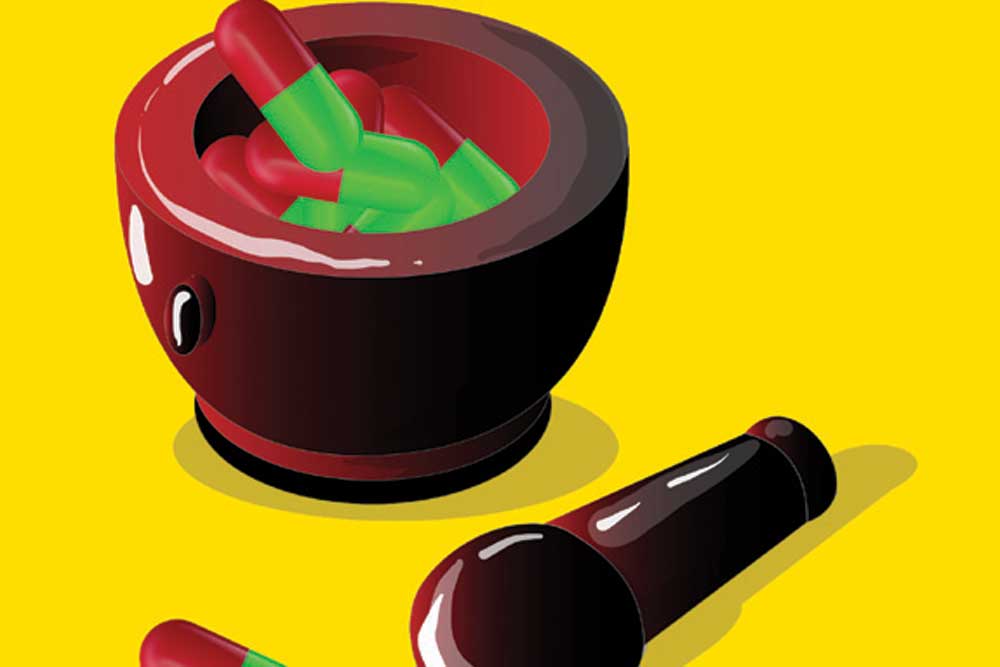 ALMOST EVERY day in my practice, I see a patient who has abandoned allopathic medication in favour of an alternative system of medicine for managing diabetes. Even patients with well-controlled diabetes tend to experiment occasionally. Only when there is marked deterioration in diabetes control do people revert to the original prescription. At the heart of these attempts is the deep-rooted suspicion about the ‘hidden’ long-term side effects of allopathic medication coupled with the perceived lack of any side effects withAyurvedic or other alternative forms of treatment.

I am often faced with the question: Do these drugs actually work? A question that is impossible for me to answer satisfactorily. Although trained in allopathy, I would be happy to use any medicine that helps my patients. As we know, Ayurveda brings with it the knowledge and wisdom of ancient India, and has been used extensively across South Asia for almost two millennia. Charaka, who was one of the most prolific physicians of ancient India, is credited with some of the most accurate descriptions of diabetes and was an accomplished practitioner of Ayurveda. Based on a holistic approach to health and healing, Ayurveda, has however not witnessed many major advances for the last several centuries. Many ayurvedic drugs may be fine for use as dietary supplements, but to use them as medication for diseases is only justified if they have undergone appropriate trials. Without such trials, evidence will remain anecdotal and these drugs will never be accepted by the scientific community at large. In modern double-blind trials, neither the doctor nor the patient knows who is receiving the drug and who is not till the end of the study. The new drug is compared to an identical- appearing placebo, a dummy pill. A placebo can produce a beneficial effect due to the patient’s belief in the treatment rather than any property of the placebo itself. An effective drug would show an effect significantly over and above the placebo.

Some argue that traditional medicines do not need such trials. Whatever the science behind the medication, the science of evaluating its efficacy has to be ‘state of the art’. The results have to be published in a standard peer reviewed journal. Extensive literature searches on some of the new, immensely popular Ayurvedic medicines for diabetes did not yield any scientifically credible information. Yes, they do contain some standard Ayurvedic products. But nothing that would qualify as a new anti-diabetic medicine. It is disturbing that most of these supposedly ‘new’ indigenous anti-diabetic drugs, widely promoted as government-supported discoveries, have not been tested appropriately in clinical trials. They do not require a prescription, so access is easy and unregulated. Interestingly, they are not even cheaper than the usual allopathic medicines. Additionally, in my experience, patients on Ayurvedic medicines tend to avoid monitoring their sugar values as they often believe they are not on medication at all.

Many Ayurvedic preparations are derived from ‘natural’ sources like plants or herbs. Belief that ‘natural is not harmful’ is deeply ingrained in our psyche. One forgets that nature is full of poisons too. In addition, many Ayurvedic products contain heavy metals, which can damage body organs if used for prolonged periods. Our belief in the safety and efficacy of these products is an example of ‘post-truth’ (the Oxford Dictionaries’ word of 2016), which essentially means believing information that’s based less on fact and more on emotion.

All this in a country one of whose founders, Prime Minister Jawaharlal Nehru repeatedly emphasised the seminal importance of rationality and science for progress. Our current Prime Minister Narendra Modi has exhorted youngsters to imbibe Nehru’s scientific temper. Absence of evidence is not evidence of absence. We surely deserve better science, and more rigorous clinical trials of our traditional medicines. The synergistic use of modern and traditional medicine can make India a world leader. At the same time, the advertisement and promotion of drugs without the backing of scientific evidence has to be strictly controlled. These are not trivial issues, they are matters of health, sometimes even life and death.

Meanwhile, in your enthusiasm to try natural remedies, don’t give up scientifically proven allopathic remedies that your doctor has prescribed.