To most of us, Hayek means Salma. But the ideas of Nobel Prize-winning economist-philosopher Friedrich August von Hayek are perhaps more relevant today, to the world and to India, than ever before 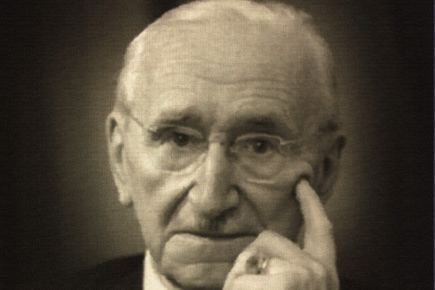 To most of us, Hayek means Salma. But Nobel Prize-winning economist-philosopher Friedrich August von Hayek is perhaps more relevant today.


Friedrich August von Hayek is not a name most of us are familiar with. Indeed, he would have been amused, and perhaps even felt vindicated, being the liberal free marketeer he was, that the Hayek best known in the world today is the curvy Mexican actress Salma (now Salma Pinault). But this Austrian-born Nobel Prize-winning economist and philosopher is perhaps more relevant to the world today than he has ever been. Hayek’s ideas, brimming with his deep belief in free markets, individual liberty, and lifelong contempt for how governments function, can inform debates on issues ranging from the Wall Street crash to democracy to inflation and even NREGA and caste.

To Ronald Reagan and Margaret Thatcher, to the leaders of the ‘velvet revolution’ that led to the downfall of the Soviet-backed Central European dictatorships, Hayek was a seminal figure. In 1975, after Margaret Thatcher was elected leader of the British Conservative Party, Thatcher interrupted a speaker talking about the ‘middle way’, avoiding the extremes of left and right, and banged down Hayek’s The Constitution of Liberty on the table, and said: “This is what we believe.” David Stockman, the architect of Reaganomics, was an ardent Hayekian. When Estonian Prime Minister Mart Laar was asked why he said that his was now a nation of people who were harder-working, more virtuous, he said simply: “The market punishes immorality. We read Hayek.”

The global economic meltdown happened, the gigantic US government aid package happened, NREGA is on, caste has entered the census. As one of the two greatest economists of the 20th century (John Maynard Keynes is the more famous, and they were poles apart in their beliefs), it’s urgent that Hayek be revisited and understood.

Born in 1899, Hayek was deeply impressed by economist Ludwig von Mises who demonstrated that in the absence of markets, there exists no method of determining the value of goods and services, and hence rational economic calculation. Indeed, the failure of socialism hinges on this—in the absence of a genuine price system, which requires truly free markets, planning boards are incapable of calculating real costs.

The many central planning authorities that India has set up, starting with the Planning Commission, would foam at the mouth to hear what Hayek thought of it all. ‘The power which a multiple millionaire… has over me is very much less than that which the smallest functionaires possess who wield the coercive power of the State, and on whose discretion it depends whether and how I am able to be allowed to live or work.’ Sounds familiar? We have all had to deal with our babus at some point or the other. And Hayek cuts even closer to the bone: ‘Is it really likely that a national planning officer would have a better judgement of the number of cars, the number of generators, and the quantities of frozen foods we are likely to require in, say, five years, than Ford or General Motors, and, even more important, would it even be desirable that various companies in an industry all act on the same guess?’ The Licence Raj India has suffered for decades.

Hayek coined the word ‘scientism’, a pejorative term, taking forward his belief that while classical science looked for linear cause-and-effect relationships, in the social sciences, outcomes depend on extremely complex non-linear multilayered realities. Hayek believed, as Ronald Hamowy, Professor Emeritus at the University of Alberta, and student of Hayek, puts it: ‘Social arrangements under which we live are of such an order of complexity that they cannot be the product of deliberate calculation, but are, rather, the unintended consequence of countless individual actions, none of which aims at the establishment of coherent social institutions and many of which are the product of instinct and habit. In sum, one does not need an orderer to have order. Thus, language, law, morals, social conventions, and the exchange of goods and services are all instances of spontaneous orders.’ The key word here is ‘spontaneous’.

In Hayek’s view, in centrally planned economies, an individual or a select group of individuals must determine the distribution of resources, but these planners will never have enough information to carry out this allocation reliably. The efficient exchange and use of resources can be maintained only through the price mechanism in free markets. The price mechanism allows society’s members to form a ‘self-organising system of voluntary co-operation’, something that happens through human action, and not through human design, like language. There goes your Five-Year Plan. The principal reason why our infotech industry has flourished so extraordinarily, as Lord Meghnad Desai once said, was because it was not part of any Five-Year Plan.

In other words, societies and economies are like organic beings, growing and mutating constantly, based on acts of individuals. The Free Market is the only repository and shaper of truth, as countless players shape our realities without bias or favour. On the other hand, central economic planning leads to totalitarianism. And such ways of governance, to inefficiencies.

‘The successful politician owes his power to the fact that he moves within the accepted framework of thought, that he thinks and talks conventionally. It would be almost a contradiction in terms for a politician to be a leader in the field of ideas. His task in a democracy is to find out what the opinions held by the largest number are, not to give currency to new opinions which may become the majority view in some distant future.’ As we have seen in India time and again, with governments disassociated from what the people need and want, but imposing policies aimed at keeping themselves in power. And the strategy doesn’t even work, most of the time.

Hayek believed that the government’s duty is to maintain the rule of law, and take care of the marginalised, who are outside the pale of market forces (he would have supported NREGA, but only if it is non-leaking, and where people work fruitfully and efficiently), and leave the rest to markets—and their efficient price mechanisms.

Here, Hayek is in total disagreement with Keynes, who recommended deficit spending and vigorous government action. The period 1945-1980 saw mainly a Keynesian trend in economic policies, with governments intervening to maintain high employment, stable prices, acceptable exchange rates, balance of trade and so on. From 1980 to about 1998, Hayek’s ideas prevailed; governments sought to be less interventionist and more concerned about the smooth operations of markets. Since about 2000, there has been an uneasy attempt to see if a workable synthesis of both philosophies can be worked out. But one can be sure Hayek would never have approved the huge US government bail-out for its financial sector.

Consider our last two Union Budgets. They are profoundly Keynesian. Growth rate is falling, so spike up government spend. But in an emerging economy, where supply of goods may not be able to match more money in the hands of people, you have inflation hitting the roof, as we are currently seeing. As economist SS Tarapore wrote in 2008, just as the faecal matter was splattering the rotating blades: ‘In the Hayekian approach, any monetary tightening has to be undertaken well before the upper turning point. If such tightening is undertaken after the upper turning point of the cycle is passed, the downturn is accelerated.’ Thankfully, while our Finance Minister has been Keynesian, our Reserve Bank has been partly Hayekian on monetary policy and interest rates.

Hayek may have approved of the Reserve Bank of India’s policies, but he argued forcefully against a monopolistic governmental agency like a central bank: ‘The greatest danger to liberty today comes from the…efficient expert administrators exclusively concerned with what they regard as the public good.’ Hayek disapproved strongly of the notion of ‘social justice’. In the market, ‘there is no point in calling the outcome just or unjust’ and ‘the results of the individual’s efforts are necessarily unpredictable, and the question as to whether the resulting distribution of incomes is just has no meaning’. He regarded any attempt by government to redistribute income or capital as an unacceptable infringement of individual freedom: ‘This would produce a kind of society which in all essential respects would be the opposite of a free society.’

A letter Hayek wrote to the London Times in 1978 particularly applies to India, that an unlimited democracy was worse than other forms of unlimited government because ‘its government loses the power even to do what it thinks right if any group on which its majority depends thinks otherwise’. This, we are familiar with: coalition politics, with all its pushes and pulls, and drama and uncertainty. We see it on a daily basis.

Yet, some of his other utterances can be seen as a vote for reservations for the underprivileged. ‘From the fact that people are very different it follows that, if we treat them equally, the result must be inequality in their actual position, and that the only way to place them in an equal position would be to treat them differently,’ he wrote. ‘Equality before the law and material equality are not only different but are in conflict which each other; and we can achieve either one or the other, but not both at the same time.’

But his greatest ire was reserved for socialist economic planning, a process that depended on ‘objectivity’. The world is shaped by the subjective decisions of individuals, he argued, decisions that, interacting with, and in the context of thousands of other decisions taken by other individuals, create our future. This is something no Excel sheet would ever be able to capture. So what good were our expert planners, other than to curb the powers of individuals to act at liberty?

In the final reckoning, Hayek, even more than being useful and challenging, is inspiring. ‘We must make the building of a free society once more an intellectual adventure, a deed of courage,’ he wrote. ‘A truly liberal radicalism which does not spare the susceptibilities of the mighty, which… does not confine itself to what appears today as politically possible… Unless we can make the philosophic foundations of a free society once more a living intellectual issue, and its implementation a task which challenges… our liveliest minds, the prospects of freedom are indeed dark. But if we can regain that belief in power of ideas which was the mark of liberalism at its best, the battle is not lost.’ The battle will always be on, and Hayek’s face will be on the flag.