Meera Nanda should learn to get her facts about the Hindu tradition straight, and from original sources. 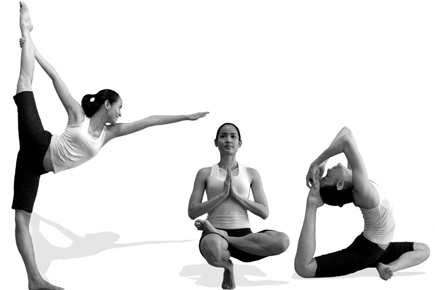 Meera Nanda should learn to get her facts about the Hindu tradition straight, and from original sources.


Meera Nanda should learn to get her facts about the Hindu tradition straight, and from original sources.

Meera Nanda was offered an opportunity to rebut my article, “The Audacity of Ignorance”, and Goebbels would be delighted that his spirit is alive and well after all—repeat a lie a hundred times and render it true. Nanda does not attempt countering the plethora of scriptural evidence I offered that definitively place yoga within the Hindu tradition and trace the growth of asanas over the centuries, but she is generous in heaping scorn on Hindu Americans and pretending that makes for another argument. Fortunately, in the era of blogs, Facebook and X-Tape exposes, Nanda’s tactics can only go so far.

Obfuscate, Confuse and create a Strawman

Nanda repeatedly fails to acknowledge that “Take Back Yoga” (TBY) is all about the willful blindness in the West to the Hindu roots of Yoga, even the spiritual side of it. When I started writing my previous article on February 12, I casually looked up the website of the Yoga Journal given their role in sparking the HAF’s campaign. The ‘Daily Insight’ on their website said (all parentheses are Yoga Journal’s):

“At its core, Sivananda Yoga is geared toward helping students answer the age-old question, "Who am I?" This yoga practice is based on the philosophy of Swami Sivananda of Rishikesh, India….In 1957, his disciple Swami Vishnudevananda introduced these teachings to an American audience…. summarising Sivananda’s system into five main principles: proper exercise (asanas); proper breathing (pranayama); proper relaxation (Savasana, or Corpse Pose); proper diet (vegetarian); positive thinking (Vedanta) and meditation (dhyana)…”

And the Yoga Journal refuses to label this Hindu, even as issue after issue pays copious respects to meditation-like practices in mystical Christianity or Sufi Islam. Is it any wonder that Hindus find it disingenuous? Does Nanda believes that Vedanta is also non-Hindu? It is stunning that HAF even needs to make such an obvious point but here we are. HAF also started TBY for Hindu children in the U.S. When they go to school and say they are Hindu, nobody says, ‘Oh, yeah, Hindus gave the world yoga.’ They say, ‘What caste are you?’, ‘Do you pray to a monkey god?’, ‘Does the Red mark on your forehead represent blood?’ etc. Because that’s all Americans know about Hinduism. It is not that we are embarrassed by our respect for cows, curry or karma, it is that HAF’s advocacy informs the American dialogue that we are so much more.

“But this is an American problem, why bother me with it?”, Indians can rightfully ask. Absolutely, which is why we launched the campaign in the US. It was Nanda who chose to write in India. Note that TBY talks not just about asanas, but rather about Yoga in its entirety as a spiritual practice, including asanas. This is what Aseem Shukla meant by Yoga being rooted in the Vedic tradition.

This would have been clear if only Nanda had perused HAF’s original paper on Yoga, but then the problem with some ‘scholars’ is that they ignore original sources, cherry-pick secondary or tertiary renditions, and selectively quote or misrepresent translations. For example, had Nanda consulted the Hatha Yoga scriptures, she would not preposterously continue to characterise Natha Yogis as “sorcerers, jogis and fakirs” who did not care for moksha. She says Natha Yogis only wanted to make their bodies strong. But how could they Ms. Nanda, if asanas came only in the 20th century? You cannot have it both ways.

Hiding a Pumpkin in a Plate of Rice

Nanda says she finds a “tiny sliver of agreement” in my contention that requiring everything Hindu to be traceable back to Vedic times is ludicrous. Thank God for small mercies. But she wrongly claims this supports her position. Making an ostensibly magnanimous concession of her error in claiming Vedas have no mention of pranayama, Nanda claims to stand by everything else she said. What exactly does she stand by? That European gymnastics is central to modern yoga? Then why did she fail to respond to the central thesis of my rebuttal that lays this claim to rest? I provided detailed references tracing the evolution of asanas within Hindu tradition over the centuries, from the Upanishads to 6th to 7th century commentaries on Patanjali’s Yoga Sutras, to hatha yoga scriptures of the 14th to 17th centuries and the Sritattvanidhi of the early 1800s.

She also does not respond to many other facts that I presented, such as Shiva’s 108 dance poses containing many vinyasas (perhaps European sculptors descended into India in the Middle Ages or Bharatanatyam was inspired by Native American foot stomping?). What about the fact that Krishnamacharya learnt vinyasas from his Guru who lived near Mount Kailash? Hinduism’s guru-sishya tradition has always had numerous teachings not found in any text (the Vedas themselves were an oral tradition). Or the fact that the Indian Government has recorded nearly 1300 asanas by consulting Hindu scriptures and yoga institutions to preclude foreign patents? Are there any counter-claims from the Swedish Government? Perhaps Nanda won’t allow Hindus to claim anything post-Vedic as their own. What next? Shankaracharya as Buddhist and Bhakti saints as Christians?

Nanda is also quiet when I point out that Norman Sjoman, who first studied Krishnamacharya’s work in the Mysore palace, acknowledges that the 200 asanas and vinyasas of BKS Iyengar and Pattabhi Jois are independently found in other traditional Yoga schools. Mark Singleton also names Swami Kuvalayananda, with whom Krishnamacharya spent time, as having influenced Krishnamacharya’s work. All said, Singleton finds 28 asanas out of 200 taught by Krishnamacharya’s school (which itself is only one among numerous schools of Yoga) as having “similarities” with European Gymnastics. Nanda wants to use this to pull the entire Hatha Yoga tradition out of Hinduism. Nauseating vulgarity seems to pass for scholarship these days.

The Hindu origins of Yoga asanas are so obvious that Meera Nanda’s arguments only remind me of a popular Tamil saying which roughly means “Don’t attempt to hide a whole pumpkin inside just a plate of rice”.

‘Scholars’ of Nanda’s ilk have always disliked Swami Vivekananda. Being profoundly alienated from their heritage and considering anything traditional as mere superstition, they are no doubt discomfited that a Sanyasi who proudly called himself Hindu was able to convey Vedanta in a manner that the West loved, and in immaculate English to boot. Nanda claims that “His (Vivekananda) interpretation of Yoga Sutras by no means reflected the mainstream of Hindu thought in India at that time“. Huh? Has Ms Nanda read commentaries on the Yoga Sutras by Shankara and Vyasa? Maybe she believes that Shankara and Vyasa are not mainstream? Or perhaps again, they were European transplants?

Yes, Vivekananda did consider moksha a higher goal than physical fitness. So what? Why does that imply Hatha Yogis are not Hindu? The same Vivekananda also once told Indian youths, who lacked a culture of physical fitness, that they can be closer to God through football than the Gita ! It is a time-honored Hindu tradition that teachings are always tailored to the needs of the student.

Finding her argument in tatters on substantive grounds, Nanda, like a true demagogue, takes refuge in criticising HAF. After all, why bother arguing when you can just shoot the messenger? One senses that Nanda’s real problem is simply the emergence of an articulate, credible, and professional Hindu voice that is bringing authentic, apolitical Hindu perspectives into the public sphere.

Why would Nanda feel that way? Since she quotes Koenrad Elst, here is Elst himself shedding light on her motives while critiquing one of her works: “I will conclude with an observation on what seems to be her sincere declaration of interest. Among the points that ‘worry’ her, she mentions this as the final one: ‘The more prominence Hinduism gets abroad, even for wrong reasons like the new age and paganism, the more prestige it gains in India’. Here, she really lays her cards on the table. It is very good that…she does not try to be clever and claim to speak for ‘true Hinduism’ against a ‘distorted Hinduism’… Instead, she clearly targets Hinduism itself, deploring any development which might make Hinduism ‘gain prestige’. Let us see if I can translate that correctly: wanting something or someone to suffer rather than to prosper is what we call ‘hate’. She hates Hinduism, and her academic work is written in the service of that hate.” Ita vero!

Meera Nanda finally acknowledges HAF’s point even if she wont admit it, “…hatha yoga’s interest in the body has captured the global imagination—thanks largely to Indian yoga masters and swamis who set up ashrams and schools in the West”.

These swamis did not come to the US as physical fitness instructors. They taught asanas as part of a spiritual practice aimed at realising one’s true nature, call it self-realisation, brahman, nirvana, moksha or yes, even the ‘kingdom of heaven within’. Many Americans who turned away from institutional Christianity found solace in these teachings and in the pluralistic, non-proselytising outlook of Hinduism that is able to see Jesus as a saint and interpret his teachings in a Vedantic light. That is why Yoga studios are full of Hindu symbols, chants, kirtans, and quotes from scriptures.

But what does TBY ask of non-Hindus who practice asanas but eschew meditation, chanting, kirtan etc. and who don’t read Yoga Sutras, the Gita, or other Hindu scriptures? TBY asks for recognition that the concept of asanas arose as, and remains, an integral part of Hindu spiritual practice. Strictly speaking, even when Yoga is practiced solely as exercise, it cannot be completely delinked from its Hindu roots. As BKS Iyengar says in a foreword to an English translation of Hatha Yoga Pradipika, “Hatha yoga…is commonly misunderstood and misrepresented as being simply a physical culture, divorced from spiritual goals…Asanas are not just physical exercises: they have biochemical, psycho-physiological and psycho-spiritual effects.”

Nanda gratuitously advises Hindu Americans to, “take a deep breath and get over it.” So, in the same spirit, here is mine: Nanda should learn to get her facts about the Hindu tradition straight, and from original sources. And learn to accord the same respect to Hinduism as to other religions. The days of the Hindu community cowering before self-appointed pseudo-scholars are over.