A Letter from Shiva’s Abode

The sacred and the profane 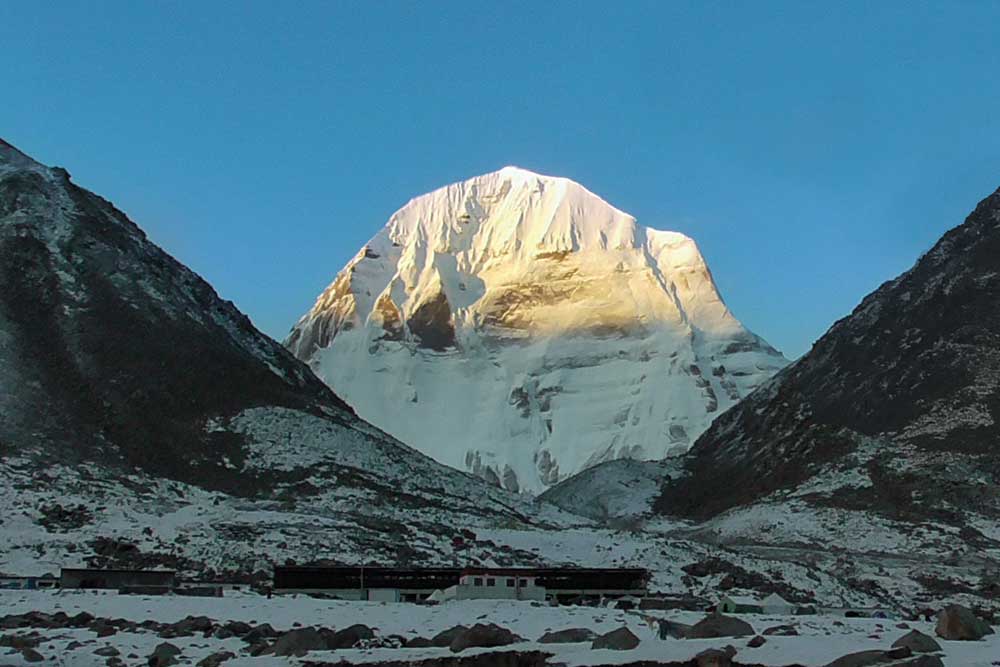 IT IS THE DREAM of every Hindu to visit Kailash-Manasarovar, and I was fortunate to go this September. This was the time when the Indian and Chinese armies were glaring at each other across the border at Doklam. Nathu La and Lipulekh are the traditional points of entry to China. The route through Nathu La had been blocked, while Lipulekh through Uttarakhand is a long and arduous way to get there. We decided to go through Nepal, which is the least painful way to travel.

The flight to Kathmandu was followed by another to Nepalgunj, followed by a flight on a 16-seater aircraft to Simikot. Bad weather at Simikot meant the aircraft would not arrive. We finally flew out the next day, an enchanting flight over the lower Himalayas, consisting of grasslands and forests of pine and cedar.

Thereafter, we waited indefinitely for a helicopter to take us to Hilsa on the Nepal-Tibet border. When the helicopter arrived, it was a shock. Everybody pushed their way to get on to it, not unlike the jostling at the arrival of a bus. Not being chopper-savvy, we waited politely, not knowing which was ‘our’ helicopter. Again, somebody had to ask us to board it before we did. This was the best chopper ride I had ever taken, weaving through the mountains like in a scene from a James Bond movie.

Finally, we arrived at Hilsa, an outpost of stone houses in the north-west corner of Nepal, bordering Chinese-Occupied Tibet, where the River Karnali crosses from the Tibetan plateau into the mountains, before its descent towards the Ganga. The Chinese army waited across the river which flowed through a ravine nearly a hundred feet below. We walked across a steel suspension bridge which swayed as we moved. Across the bridge is the actual border point. Tibetans are banned from crossing either way, which is restricted to Hindu, Buddhist, Jain and Bon pilgrims.

And now came another shock. We were asked to wipe out all the pictures on our mobiles, cameras, video cameras, etcetera. Why? Just in case the Dalai Lama’s picture was there. I had photos of my family and my beloved grandson, none of whom remotely resembles His Holiness. But the sherpas insisted. Standing in a desert, waiting to board a vehicle, we had no choice. The Chinese army regulars checked every mobile and camera in the hot midday sun.

The obsession with the Dalai Lama is incomprehensible. The man is a religious leader, with neither an army nor armaments nor a country. Yet the Chinese fear him most, as I was to learn on my journey. A lady participant in a previous group had a photo of His Holiness on her mobile. The entire group was stopped from going further. I wondered whether photos of Adolf Hitler were allowed. If I had known of this paranoia, I would have taken one along as an experiment. Everything associated with the Dalai Lama is forbidden, but the Chinese didn’t know that I had a secret: I was carrying Zutul pak, a herb to be sniffed for preventing giddiness, mountain sickness, etcetera, given to me by the doctors of Men Tsee Khang, a Tibetan medical centre set up by the Dalai Lama.

Nehru, a crypto-communist and a great supporter of the Communist Party of China, backed the wrong horse and India had to suffer for it in 1962. It is pathetic that one of India’s most sacred pilgrimage sites is in Chinese territory today, and Indian Hindus have to visit it on the courtesy of a foreign power

We drove towards Purang or Taklakot. Here we waited endlessly till the Han Chinese immigration and customs staff arrived and deigned to check us and our baggage. There wasn’t a single Tibetan in sight. We spent a day on acclimatisation and wandered into the local market. On one side were the better stores, all manned by Han Chinese, while the Tibetans languished in ‘traditional’ markets, a euphemism for primitive shops.

After a day of acclimatisation, we left for Lake Manasarovar. We first saw the gloomy Rakshas Taal, the lake of demons, a saltwater lake where Ravana is believed to have bathed before shaking Mount Kailash. Between the salt water Rakshas Taal and the fresh water Mansarovar, there is a Tibetan lamasery, without a single lama but with a big board that says ‘Trus Cho Monastery Democratic Management Committee’. It’s typically communist, calling it ‘democratic management’ when there was no democracy in either Tibet or China. The monastery had beautiful paintings and images in a sad state of decline. And there, on the wall, was a poster of past and present Chinese Politburo members— Mao Zedong, Deng Xiaoping, a couple of others and the latest general secretary, Xi Jinping. A prominent photo of Choeki Gyaltsen, the tenth Panchen Lama of the Gelug school of Tibetan Buddhism, smoothed over the controversy between the eleventh Panchen Lama ‘appointed’ by the Chinese, and the Tibetans who refuse to acknowledge him. But we could not mention the Dalai Lama, a man every Tibetan worships and yearns to meet.

We arrived at the crystal clear Manasarovar lake where some members of our group bathed. The water was so cold that that the best I could do was to wash my face and arms. That night we saw the stars twinkle in a clear sky, and a full moon rise over the lake. It was magical.

From Manasarovar onwards, there are no toilets. According to the Chinese, the sewage would have to go into the lake or the river Karnali, which would be ecologically unfriendly. So they prefer that the pilgrims use the great outdoors. Or was it another way of harassing Indians?

As we did the Manasarovar parikrama, we had our first view of the south and east faces of Kailash, with vertical and horizontal lines resembling a human face and the three horizontal lines of the God’s vibhuti—the face of Dakshinamurti. There are six peaks, regarded as the six faces of Shanmukha, a black bull-shaped Nandi rock and a Parvati Parvat and Gauri Kund behind Kailash. It’s as if the entire Shiva cult was one of mountain worship. The atmosphere is one of unbelievable sanctity and peace.

Crossing Yamadwar, we walked towards the north face of Kailash, where we saw Tibetans doing the parikrama Tibetan- style—a Sashtang Namaskar (full body prostration) with each step—while a two-year-old boy followed. They were still circumambulating the mountain when we returned from Kailash.

Finally, we reached Dirphuk. Now the north face of Kailash was directly in front of my room. It was a perfect triangle, flanked by two barren mountains, earth flanking snow.

I could go on forever, about the Tibetans, the Chinese, Kailash and Manasarovar. I have visited China twice before, entering once at Beijing and at Chengdu the second time, but the reception was very different in Tibet. The enormity of the Tibetan loss is perceivable at Manasarovar and Kailas. The Chinese would like to close this entrance into Tibet, but the pilgrimages of rich and middle class Indian Hindus are a major source of income for Nepal and the Nepalese sherpas. And since the Chinese are wooing the Nepalese assiduously, closing this source of earning will not go down well with the Nepalese.

If only Pandit Jawaharlal Nehru had taken steps to prevent the Chinese take-over of Tibet in 1950, Tibet would have been a buffer state between India and China and 1962 need not have happened. In 1959, the Dalai Lama, fearing arrest by the Chinese, fled to India. Tibet suffered acute famine from 1959 to 1962. Meanwhile, most of Tibet’s monasteries, including the ancient Tegla kar (Lying Tiger fort) near Purang, were destroyed by the Chinese. Unfortunately, Nehru, a crypto-communist and a great supporter of the Communist Party of China, backed the wrong horse and India had to suffer for it in 1962. It is pathetic that one of India’s most sacred pilgrimage sites is in Chinese territory today, and Indian Hindus have to visit it on the courtesy of a foreign power.

The final word came from a Sherpa. “Whatever happens is Shiva’s will,” he said. The Chinese occupation of Kailash-Manasarovar? “If it had been left to the Indians and Nepalese, we would have built lots of hotels and lodges. The sewage would have gone into Lake Manasarovar and River Karnali and polluted them like the Ganga,” he replied. “Look how clean and pristine pure Kailash and Manasarovar are. Shiva prefers it this way.”

I could not deny that. 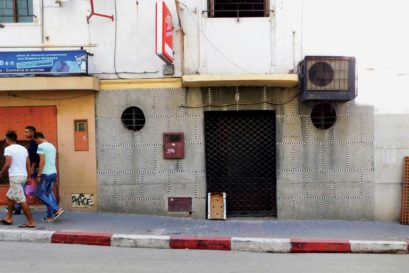 On the trail of writers and artists in Tangier 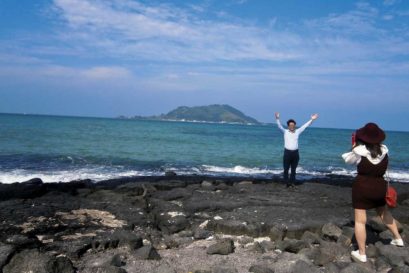