A strong message for the new economy 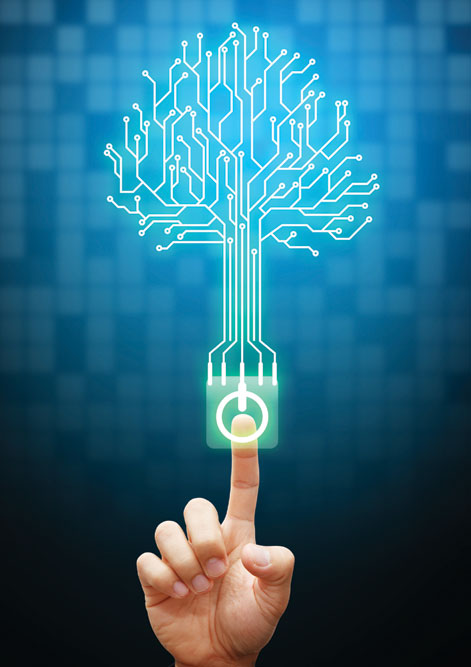 
AS ANY POLITICAL VETERAN WILL tell you—and the likes of Machiavelli and Rahm Emanuel already have—you never want a serious crisis to go to waste. Finance Minister Nirmala Sitharaman seems not to have got that memo. No one would argue that the country is in a deep economic funk. The gross domestic product (GDP) was growing at 4.5 per cent in the third quarter of 2019—quite a comedown for what was formerly known as the fastest growing large economy in the world. In parallel, there is a jobs crisis, with 7.5 per cent unemployment for the last three months of 2019, accompanied by a dramatic slowdown of business investment. Any hope of a turnaround could go out the window, with multiple global discontinuities over which India has very little control, such as the Wuhan coronavirus outbreak, Brexit and the fact that Donald Trump still continues as the most powerful man on earth.

In response to her appearance at this convergence of crises, the Finance Minister could not come up with anything but a bunch of rather modest initiatives strung together without much of a thread going through. There were some tax cuts for the lower and middle classes and on corporates, some help for farmers, some investments in roads and airports that are, largely, continuations of existing programmes, an increase in bank deposit insurance, a plan to raise revenues through disinvesting in state-run enterprises—and a sprinkling of a few other disconnected nips and tucks. Rarely has a finance minister taken so much time to offer so little.

Here are a few things I missed in the speech. I would have liked to have heard about a more comprehensive plan for boosting consumer spending or investing in programmes for job creation at a scale that is commensurate with the size of the gaps to be closed. I was concerned about the fact that besides the deposit insurance, there was no strategy for addressing the enduring problems of the banking and the non-bank financial sector. Without a remedy for the credit slowdown, businesses will hit a wall even if consumer demand picks up. To add to all of these issues, there has been no concerted effort to boost the foundational state of the human condition: we heard little about what the Government intends to do on healthcare, food security, education or actions it might take to halt the degradation of the environment and getting ahead of the growing climate crisis.

All in all, the much anticipated Budget lacked both policy depth and imagination. It couldn’t have been a worse time to have let go of such critical issues.

Let me single out a part of the Budget speech that I found intriguing. In the grand scheme of things, this was still among the minor actors on the budgetary stage, but if done right and with appropriate vision, investment and innovative collaborations, there was a cluster of ideas that could emerge as a gamechanger. This has to do with the part of the Budget that acknowledged the importance of the digital economy. While I felt that the approach was somewhat haphazard and seemed like it was chasing a combination of technologies du jour, I must admit it was a start.

Let me say a few words about why I find a focus on the digital economy worth consideration. I firmly believe that digital technology has significant ‘leapfrog’ potential for a country such as India. While there are continuing problems with the physical infrastructure, the country has experienced rapid uptake of the mobile phone and its many attractive applications. One can imagine a future where economic growth, consumption and jobs disproportionately arrive via digital transport. It shouldn’t just be Amazon’s Jeff Bezos, who recently held glitzy events around India because he can see this potential. Our policymakers and politicians ought to share a similar level of enthusiasm and formulate wise policies and make investments that enable that promise. The current reality is that while we have made tremendous strides in giving citizens access to the mobile phone and even to broadband connections, there is still a lot of ground to cover before India can fully realise its true digital leapfrogging capability.
To get a sense of the gap that needs to be closed, consider the Ease of Doing Digital Business ranking that my research team has recently produced.

We published the results in the Harvard Business Review in an article entitled ‘Ranking 42 Countries by Ease of Doing Digital Business’. This work is the digital analogue of the World Bank’s Doing Business rankings (a favourite of the Government’s). The ranking focuses on how easy it is to set up, operate and even exit a digital business across different countries. Such businesses could range from e-commerce companies to ‘sharing economy’—ride or home-sharing—businesses to digital media and online freelancing platforms.


India is, arguably, the highest potential digital growth market in the world. In can also help address the employment crisis, with 65 million new jobs by 2025

India ranked 38 out of the 42 countries that we had analysed. Here is a summary of our analysis of the reasons for this performance: India’s strongest digital platform is that of online freelance, especially in software. Four in 10 freelance workers in software development and technology are based in India. This is good because such a platform translates into higher skilled jobs. However, India is constrained overall by its digital and physical infrastructure, even as the number of internet users with access to mobile broadband has been growing rapidly. In addition, frequent policy reversals, such as the recently introduced e-commerce rules and evolving data protection and localisation rules make the country a difficult digital environment to navigate, particularly for foreign players that are critical for enhancing its global competitiveness. While Aadhaar, the much acclaimed biometric identification programme, has created a digital identity for 1.2 billion Indians, its wider adoption and use by the private sector has been constrained by legal and legislative challenges. This means that the difficulty with authenticating users across such a large and socio-economically diverse population remains a stumbling block for most digital businesses. At the same time, India is, arguably, the highest potential digital growth market in the world. Not only is it attractive as a market, it can also help address the employment crisis. According to a recent McKinsey study, the sector could produce 65 million new jobs by 2025.

With this context, what does the Budget offer from the perspective of building up and turbo-charging that digital economy?

Rs 6,450 crore was set aside in this Budget for the Smart Cities Mission, a number that has remained unchanged since the previous year; five new cities were added to the list of 100 putative smart cities. Another Rs 8,000 crore was allocated for the next five years to quantum computing, along with Rs 6,000 crore for the Bharat Broadband Network, the telecom infrastructure provider. One of the most significant announcements in the Budget was a plan to enable privately built data-centre parks. In addition, the Budget has proposed the setting up of a digital platform to facilitate patent applications and improving the intellectual property rights environment, which has been a weak point for a while.

To quote the key portion of the Budget speech: “It is now a cliché—data is the new oil—and, indeed, analytics, fintech and the internet of things (IoT) are quickly transforming the way we deal with our lives.” Sitharaman went on to say: “To take advantage of this, I propose a policy to assist the private sector in building data centre parks throughout India. It will empower our firms to incorporate data in every step of their value chains skilfully.”

Her vision is: “all public institutions at the gram panchayat level such as anganwadis, health and wellness centres, government schools, PDS outlets, post offices and police stations—all will be provided digital connectivity.” Sitharaman managed to pull together most of the buzzwords in vogue into a single paragraph: “AI, IoT, 3D printing, drones, data storage, quantum computing, etcetera are all rewriting [the] world economic order. India has already embraced a new paradigm such as sharing economy with aggregator platforms displacing conventional businesses.”

Despite my discomfort with her fondness for techno-speak, I feel there is potential here. That said, we deserve more than a few paragraphs. We deserve more than a bunch of buzzwords strung together and paired with the now-tired repetition of the ‘data is the new oil’ analogy. We deserve a real strategy to fix the urban disarray and not an addition of five more to a quixotic list of a hundred smart cities. We deserve an explanation as to what quantum computing has to do with creating digital jobs in the next five years to get to the McKinsey eye-watering number of 65 million.

Finally—and this is true for both the digital and the old-fashioned ‘real’ economy—we deserve a Budget that has a cohesive vision, a strategy to identify and move the levers that can bring about real change and some imagination. We also deserve a shorter speech. This was a Budget that was not only wasting time, it was letting go of a perfectly good crisis.

Bhaskar Chakravorti
Bhaskar Chakravorti is Dean of Global Business at The Fletcher School, Tufts University, US and founding executive director of Fletcher’s Institute for Business in the Global Context and non-resident Senior Fellow at Brookings India. He is author of The Slow Pace of Fast Change