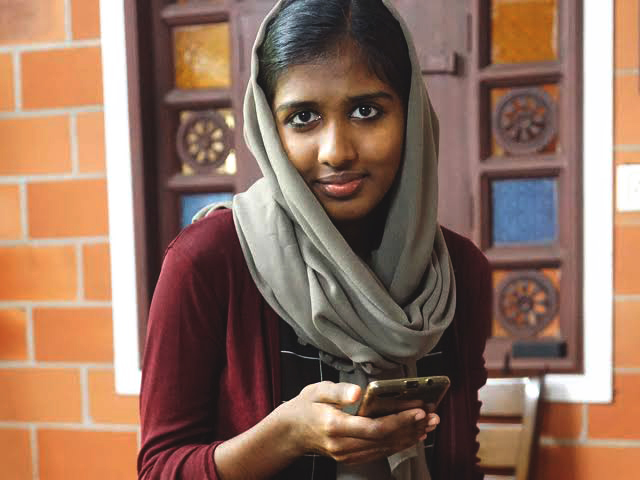 
Faheema Shirin, studying in the BA English course of Sree Narayana College in Chelanur, Kozhikode, had been like any other college student in Kerala. And then one day she found herself expelled from her hostel for wanting to use a mobile phone. From 6 pm to 10 pm inmates there had to turn over their phones to the warden. Faheema and some friends found this practice discriminatory. She demanded a meeting to discuss the issue and in response got a termination letter asking for her immediate departure from the hostel. She found herself alone with other students not willing to come out in her support. “All of them turned tail because they were scared. They did not have the support of their parents as I have,” she says. Faheema however decided to fight back.

She went to court and recently the Kerala High Court, giving a ruling in her favour, declared that the right to have access to internet was part of the fundamental rights enshrined in the Constitution, included in right to privacy and thus right to life. Faheema’s mother Soudha Madathil and father R K Haksar, a photographer, stood by their daughter. “Fear about the new generation is something typical of the old generation. I am not scared of the young generation and their activities. I trust them and have great hope in them,” says Haksar. The college authorities had rebuffed him when he requested them to not deny his daughter her rights. “The college principal told me that she was not obliged to listen to me. She told me that I was called only to let me know that my daughter had been expelled from the hostel for indiscipline. I was asked to take her back home,” he says. Dr Devi Priya, principal of SN College, did not want to comment when asked whether Faheema would be taken back into the hostel. “I can’t tell you anything, I have to convene the college council and discuss the matter there before taking a decision,” she said. She also wouldn’t say whether the college management was going to appeal to a Division Bench of the High Court.

What authorities of SN College imposed as ‘discipline’ is not an exception in Kerala. A large number of hostels impose such mobile phone bans on girls. Anjitha K Jose, who was a student of Sree Kerala Varma College , Thrissur had led a similar protest a couple of years ago. “The curfew time was 4 pm. We were supposed to get into the hostel as soon as the classes got over. We were not allowed to go out even if there was a medical emergency. We launched a strike asking for relaxation of time to get in and also the right to use mobile phones. It didn’t bring any change. The time was extended just half an hour. I moved the High Court with a writ petition and got a ruling in favor of the students. Despite having a court order the college management, under Cochin Devaswom Board, was not ready to give in. We had to agitate again. Students refused to go to the hostel on time and spent till midnight in the campus. This continued for three days and then they agreed to extend the time to 8.30 pm,” she says.

A first year degree student of MES College Marambilly in Ernakulam district, who didn’t want to be named, recounted her experience in her hostel where no mobile phones were allowed in. Students had to get back to hostel within five minutes of class ending. “They call the parents of every student who raises a voice of protest. A couple of years back, someone found a worm in the food served in the hostel and inmates protested. The authorities intimidated and silenced them,” she says. Thirty-four students of her batch have met the principal and demanded the use of mobile phones be permitted in their hostel in the wake of the judgment only to get a flat denial. “They said they would not change the rules and told us to go to court if we want to,” she said. Along with friends, she is now planning to approach the High Court. K Biju, principal of MES Marambilly, dismisses the complaint. “We allow mobile phones here but not smart phones. Students can access internet in the desktop computers provided,” he said. He is reluctant to accept the argument that authorities cannot restrict smart phones since they are the cheapest means to access internet which, by the judgment, is a fundamental right. “We will discuss the matter in the college council. We will wait for a direction from the Higher Education department and act accordingly,” he says. He has no answer to why hostels have different rules for girls and boys.

“Any form of gender discrimination is apparently prohibited by law. These college authorities have to understand that they are obliged to follow the Constitution, UGC guidelines and other relevant statutes rather than the moral and cultural concerns of parents. Unfortunately, they think they are supposed to get into the shoes of parents, a wrong notion that is widely accepted,” says Manu Wilson, an advocate in Kerala High Court who often comes across cases of conflicts between students and college authorities.

When it comes to supervising girls, private educational institutions of every religious denomination—Catholic Church, Muslim Educational Society or Hindu Devaswoms—put curfews and restrictions. A teacher working in an   aided college under the Catholic Church management says, “When the High Court judgment in Anjitha’s case came, we all thought that the rules would be changed. There was hardly any change. Students are still asked to get into the hostel immediately after the class. No permission is given to go out. Even if there is a medical emergency, they have to wait for the authorities to give the go ahead. Mobile phones are allowed two hours in a week, one hour each on Wednesday and Sunday.”

Student organizations, which are controlled by men, are not interested in this issue. Students’ Federation of India, the most prominent body in campuses in Kerala, does not think the mobile phone bans on girls in hostels are something for them to act on. “SFI focuses more on educational issues. We don’t think this is an issue related to education” says Sachin Dev, state secretary of SFI. A few years back, girl students of Government Engineering College, Thiruvananthapuram fought a fierce battle with the management to ‘break the curfew’ as they named it and successfully got timings for girls to be in the hostel was relaxed. This prompted girls like Anjana K Jose and Faheema Shirin to take the battle forward. Ultimately girls have no one else to rely on but themselves to fight for their rights 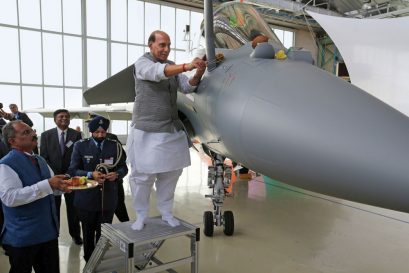