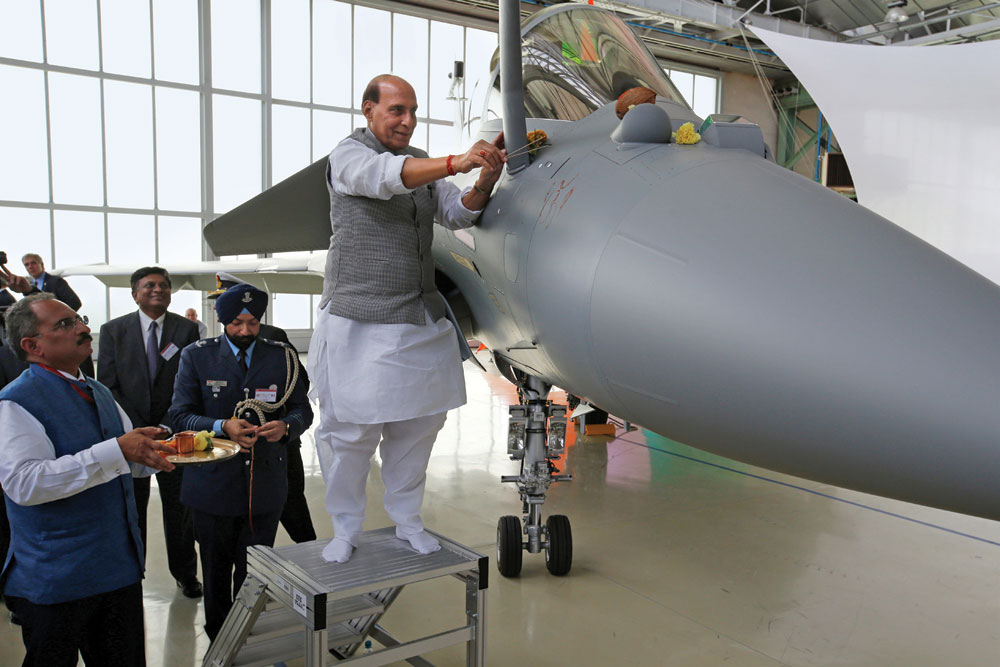 
AS CEREMONIES GO, the handing of the first Rafale combat aircraft to Defence Minister Rajnath Singh at Mérignac in France was impressive. In the spirit of tradition, a shastra puja—prayer for weapons—and other rituals later, the plane was India’s. Meanwhile, back home, the Army had just begun a war exercise in Arunachal Pradesh, 100 km away from the Chinese border. It began just days before China’s President Xi Jinping was to meet Prime Minister Narendra Modi in Mamallapuram.

Two messages can be deciphered from these disparate events. One, India is finally getting serious about military modernisation after being somnolent for decades. The Rafale is a much-needed modern fighter for an Air Force that is witnessing a dangerous decline in its fleet. The war exercise is being tested for an organisational innovation, the newly created Integrated Battle Groups (IBGs). IBGs are brigade-sized Army formations that are quick to mobilise and are self-sufficient. Two, India no longer shies away from flexing its military muscles.

A harder look at these events tells a very different story. Take the Rafale. It will barely add two squadrons to a depleted fleet of 32 squadrons. The required number of squadrons is 42, a figure that has never been reached in the Air Force’s history. A decade ago, the then defence minister said this target would be reached in 2022. It was hyperbole and not a realistic assessment. As to India flexing its military muscles, that is an idea best kept aside. India enjoyed a qualitative and quantitative edge only in the 1970s when it was able to meet threats in its immediate neighbourhood. Even then, it was in no position to handle the danger posed by China. At that time, the Chinese economic miracle was at least two decades in the future and its military menace even further ahead. That danger was finally evident—if it required a warning bell at all—a week ago, during the massive military parade in Beijing on the occasion of the People’s Republic of China’s 70th birthday.

Normally, armed forces, analysts and the government take developments in economic and military potential in their stride. The effort is to acquire and keep weapons and other military instruments at a sufficient level for defensive purposes and no more. Usually, there is always a gap between what is essential and what is at hand. This is a function of how frequently military assessments are updated, the availability of resources to procure weapons and, especially in the case of India, inertia. It was always known that South Asia is one of the more rough geopolitical spots in the world. India’s military modernisation was much like an exercise after consuming a heavy meal and a couple of drinks. But it did not matter. Something changed suddenly this year in February when the Government decided to respond to Pakistan’s misadventures in Jammu and Kashmir (J&K). While the strike on Balakot was justly celebrated, no one bothered to note how close a shave it was. If one leaves aside the military controversies—such as whether India downed an F-16 or not or whether the Israeli munitions did kill a large number of terrorists in a seminary-cum-terrorist training camp—the ledger is just about evenly balanced. India shot down one of its helicopters—killing the crew as well—over the skies in Budgam in J&K and one of its Mig-21s was shot and its pilot captured in Pakistani territory. One could say these are hazards of war. Another way to look at it is that India needs more military firepower. The gap between what the geopolitical situation demands—with rising threats from Pakistan and China—and what is available to India’s military planners has suddenly become glaring. The fact that it was evident for the last two decades is now an academic issue. What needs addressing is a reduction in the gap.


The gap between what the geopolitical situation demands and what is available to India’s military planners has suddenly become glaring. The fact that it was evident for the last two decades is now an academic issue. What needs addressing is a reduction in the gap

Here, there is confusion by and large. Ideally, India should identify the hardware it requires and quickly order it. But that is not as simple as the Rafale procurement process shows. The process was nearly derailed after a series of political attacks and efforts to make it an electoral issue. ‘Eminent’ analysts jumped into the fray and began asking questions about the cost of the platform and claimed the Government was hiding facts. But that is just one part of the problem. There is a lobby that strenuously argues for indigenous development of key weapons systems. When Modi launched the Make in India programme, they latched on to it quickly. The arguments for building critical weapon systems in which India has been unable to move ahead are spurious. Take the Light Combat Aircraft (LCA) as an example. After decades of overruns in cost and time, the fighter was ready. But the Air Force did not like it even if, publicly, it continued supporting the plane.

It will take at least another five to 10 years before the LCA can even meet basic battlefield requirements. Its original engine, the Kaveri, simply did not have sufficient thrust to power the plane. Finally, engines for the plane had to be imported. There was, however, a case for fixing the technical glitches that made the engine unsatisfactory. One option in the wake of the Rafale programme was to get the French company Safran, which makes the engines for Rafale, to collaborate with the Defence Research and Development Organisation (DRDO) and make the engine airworthy. That came to naught as the DRDO found the proposal to be ‘too expensive’. The DRDO would have to shell out €500 million for the project. If India were to induct 200 LCA planes, the cost of the engines over their entire life cycle was estimated at €25 billion and more. Clearly this was a case of penny-wise and pound-foolish.

If that’s not enough, there’s more trouble ahead. India now wants to design its own fifth generation fighter aircraft, the Advanced Medium Combat Aircraft (AMCA). For the moment nothing more than a cardboard ‘prototype’, the first actual flight is scheduled for 2032, 13 years later. Here, it is instructive to compare the timeline of India’s recent military engagement with its enemies—Doklam: 2017, Balakot: 2019, and to the list can be added the scores, if not dozens, of incursions into Indian territory in J&K and Arunachal Pradesh by China during these years and earlier. That these ‘differences in perception on where the boundary lies’ may not remain just that in future should not be ruled out. In contrast to Indian waffling, China already has a fifth generation fighter plane with stealth characteristics, its J-20 fighter jet. In all likelihood, China won’t hesitate to export that plane to Pakistan if it deems it essential from a military perspective. And what does India have?
Cardboard plans for an AMCA.

If Indian planners were serious about countering these threats, they would have persuaded the US to let it buy the F-35 plane. Instead, we were busy trying to buy fancy drones. Here was a classic mis-appreciation of threats. Drones are useful while trying to take out non-state actors in J&K and elsewhere. But the real threat lies on the conventional side, from China. For that, there are just cardboard options. One can only wish they don’t prove to be expensive. 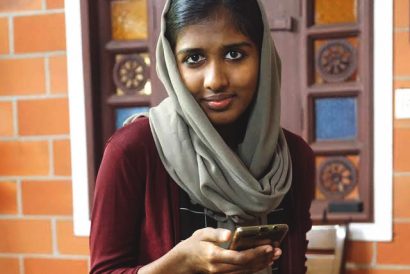