Sex and the Catholic Church: Sins of the Father

Another case of sexual assault rocks the Catholic Church in Kerala 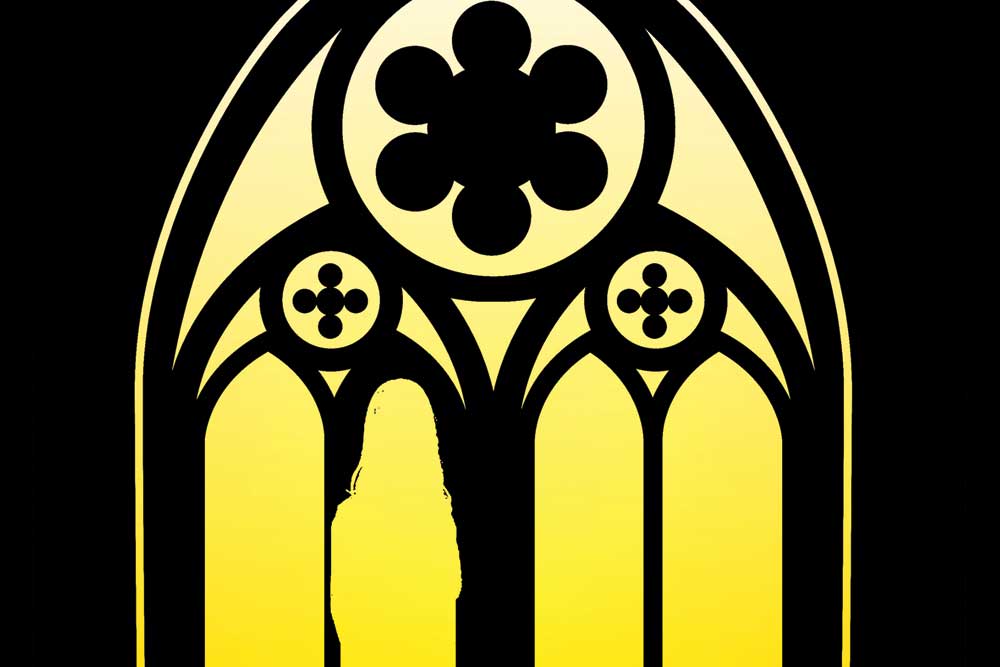 ‘But who so shall offend one of these little ones which believe in me, it were better for him that a millstone were hanged about his neck, and that he were drowned in the depth of the sea’
—Matthew 18:2-6

POPE FRANCIS’ RECENT call for zero tolerance towards child offenders within the Church seems to have had little impact in Kerala. The recent arrest of a priest in Kannur for raping and impregnating a 16-year-old girl has thrown the issue in sharp relief again. Father Robin Vadakkumchery, the Parish priest of St Sebastian’s Church in Kottiyoor in Kannur district was taken into custody under Section 376 of the Indian Penal Code; he faces charges under the Protection of Children from Sexual Offences (POSCO) and Juvenile Justice (JJ) Acts as well. He stands accused of several crimes other than rape, including a conspiracy to cover up the alleged sexual abuse and a pregnancy that resulted from it, complicity in moving the newborn from the mother’s arms to an unknown place, and finally offering money to the family to stay silent and forcing the minor to pin the child’s paternity on her own father if anyone were to ask. According to the police, while the main accused is Vadakkumchery, other priests and nuns were involved in breaking a series of laws in his favour.

The case surfaced once the girl’s plight was brought to the notice of Child Line, a private service meant for such reports. Its workers met the girl and learnt of her status as a minor, what she had undergone, and of the child she had borne. “We got the information from Child Line,” says Sunil Kumar, Circle Inspector of Police at the Peravoor station in Kannur district, who is in charge of the investigation. “Initially, the girl was in denial mode, and said she had no complaints against anyone. She refused to disclose Father Robin’s name. Upon further interrogation, she made the shocking statement that her own father raped her. When I questioned her father, I was convinced that he was innocent. We gave the girl extensive counselling and made her aware of the legal and social consequences .She disclosed the name of Father Robin only after she realised that her dad would go to jail.”

The sequence of crimes began in May 2016, according to the police. It was a rainy day, and the girl had been left alone in the church hall after her brother, who had accompanied her there, returned home early. The priest allegedly asked the girl into the rest room and then raped her. Being of a poor family, the girl and her family saw themselves as helpless against the authority of the priest. Once the pregnancy was obvious, they were later offered Rs 10 lakh as hush money—and for the girl’s father to be cited as the man responsible for it. On February 17th, the victim delivered a baby in Christhu Raja hospital in Kannur, and the newborn was moved to an orphanage run by the Church the same day.

Once an FIR was registered, the priest tried to flee, but the police caught him in Malappuram on his way to the airport. As questioning revealed, his plan was to move to Canada. The probe has since widened to cover the roles of eight others—among them, five nuns and the doctor and administrative officer of the hospital—and all are absconding.

Adding fuel to the fire, a Church-funded weekly magazine Sunday Shalom published a bizarre editorial holding the victim responsible for her so-called ‘sin’. The editorial says: ‘Dear girl, you are like my daughter, let me tell you this, you are also at fault before the God Almighty, Why did you forget who a priest is? Having a human body, he also has temptations. It was your duty to stop him.’

In a dramatic turn of events since, the police is currently on the trail of Father Thomas Joseph Therakom, chairman of Wayanad’s Child Welfare Committee (CWC), and Sister Betty, a member of it, both of whom are suspects. “Child Line reported the incident to the CWC on February 7th, but they too tried to hush up the matter. They took no legal steps as stipulated in the JJ and POCSO Acts,” says the police officer in charge of the investigation.

Since Therakom, a priest, was the head of a quasi-judicial authority, the police needed state clearance to act against him. On March 6th, the state government disbanded the CWC, taking away his immunity, and the Church authorities have informed the media that he has been suspended from the position he held as spokesperson of the Mananthavady Diocese.

Initially, the girl was in denial mode, and said she had no complaints against anyone. She refused to disclose Father Robin’s name. We had to give her extensive counselling

CASES OF SEXUAL abuse involving priests have been coming to light with alarming frequency in Kerala. In December 2016, a special court in Ernakulam sentenced a Catholic priest to a double life term as he was found guilty of raping a 14-year-old girl. Father Edwin Figarez, a parish priest at Lourde Matha Church in Puthenvelikkara, had raped the girl several times that year. The existence of accomplices had raised eyebrows in this case too, with a nurse at a government health centre also convicted for her failure to report the case to the police.

In a similar incident in 2014, Father Raju Kokkan, a Parish priest of the Thrissur Catholic Archdiocese was arrested for the alleged sexual abuse of a 10-year-old girl. According to the police, he took the child to the parsonage of the church where he would perform duties as a priest, and then raped and took nude photographs of her. The trial is underway at a Thrissur sessions court.

On July 23rd, 2013, Fathima Sophia, a 17-year-old girl, was found dead in the residence of Father Arokiaraj, a Parish priest of St Stanislaus Church in Walayar, Palakkad. The police closed the case as one of ‘suicide’, but the priest later confessed to murder. He made the disclosure as a ‘strategic error’ when he got caught in a sting operation by a Tamil TV channel, which aired footage of the priest admitting that he’d killed her when she resisted his advances. The case was reopened, and the court ordered that he be booked along with four other priests (for trying to conceal the crime), including Bishop Thomas Aquinas of Coimbatore. The confession had followed an epic battle waged by the victim’s mother Shanthi Roselin. Over the phone, the priest had admitted to Roselin that he’d had sexual contact with her daughter, even though he’d insisted it was at the latter’s instance, and also referred to the girl’s death as an ‘accident’. Having recorded the phone conversations, the mother sought the help of a journalist friend to arrange the sting. Thus the priest was caught on camera saying that he had strangulated Fathima with her dupatta to silence her once she started screaming. It was apparent that the police had been too hasty in closing the case as suicide, ignoring a letter written by the girl to her mother that Father Arokiaraj would be responsible if something were to happen to her. All the five accused are out on bail and the trial is yet to begin.

“Sexual crimes committed by priests cannot be compared to those by ordinary people,” says Maria, who was once a nun. She quit her convent because she could not put up with the exploitation of nuns there. “The sexual offences committed by priests cannot be viewed as a singular crime committed by one person. It is an organised crime,” she alleges, “The authorities or whoever is concerned only try to hush up matters instead of reporting the same to the police. They are worried only about the reputation of the Church and do not bother about victims.”

Maria’s own experience was traumatic. She was forced into sexual relations with a priest for a few years, and she felt she had no option but to cooperate with him if she wanted to stay at the convent. “Finally, I decided to wind up the double game,” she says. Many other former nuns and priests vouch for what Maria has to report. “You cannot see a single incident of sexual abuse directly reported to the police by the Church authorities themselves. They take action against the priest involved only after the crime is exposed. Its power, absolute power, and even the media is silent on this aspect,” says a former seminary student who quit three decades ago and is now a planter. “This is not a new phenomenon, I knew such things have been happening since 1980.Priests travel in India and abroad accompanied by nuns,” he adds, “and nuns have very little voice, they have no choice but to follow instructions.”

An activist working for socially deprived children in Maharashtra, a nun who has seen these power equations closely, says she feels sorry for the nuns booked in the Kottiyoor case. “This is a heinous crime and I have no doubt that whoever involved in concealing the crime should be brought to the court,” she says, “but I assume that those nuns are too powerless to report the crime to the police even if they wanted to do. Once a nun, the choices are limited. Quitting the convent and going back home is hell.”

Among the most sensational cases involving the Catholic clergy in Kerala was the 1992 murder of Sister Abhaya , who was found dead in the well of St Pius Xth Convent in Kottayam. It led to a national outcry, the CBI was brought in, and there were suspicions that the probe had been botched. There had been signs of a physical struggle at the crime scene, and bodily injuries found in the autopsy suggested a case of homicide, but attempts were allegedly made to pass it off as suicide. It was only in 2008 that two priests and a nun were charged with Sister Abhaya’s murder, but by then much evidence had been lost or tampered with. In 2009, the CBI submitted a report saying the victim had most likely been killed with an axe and dumped in the well after she stumbled upon the two priests and a nun in a ‘compromising position’, but no conclusive evidence could be provided. The case has not yet come to a close, and several writ petitions on various aspects of the case have complicated legal proceedings.

While cases such as these do not mean that the Church itself has fallen afoul of the law in its conduct, its reputation risks being tarnished in public perception. “The Catholic Church has made a vital contribution to the growth of the state,” says a senior Christian journalist, adding, “The popular image of a priest or nun was that of a person who dedicated his or her life to the welfare of the society. Malayalam cinema did not have a villain who is a priest or nun till the 90s.That trend began only after the Abhaya case.” He holds the view that the Catholic Church is an institution powerful enough in Kerala to protect its own. It is in its own interest not to let criminals hide themselves under a cloak of piety.