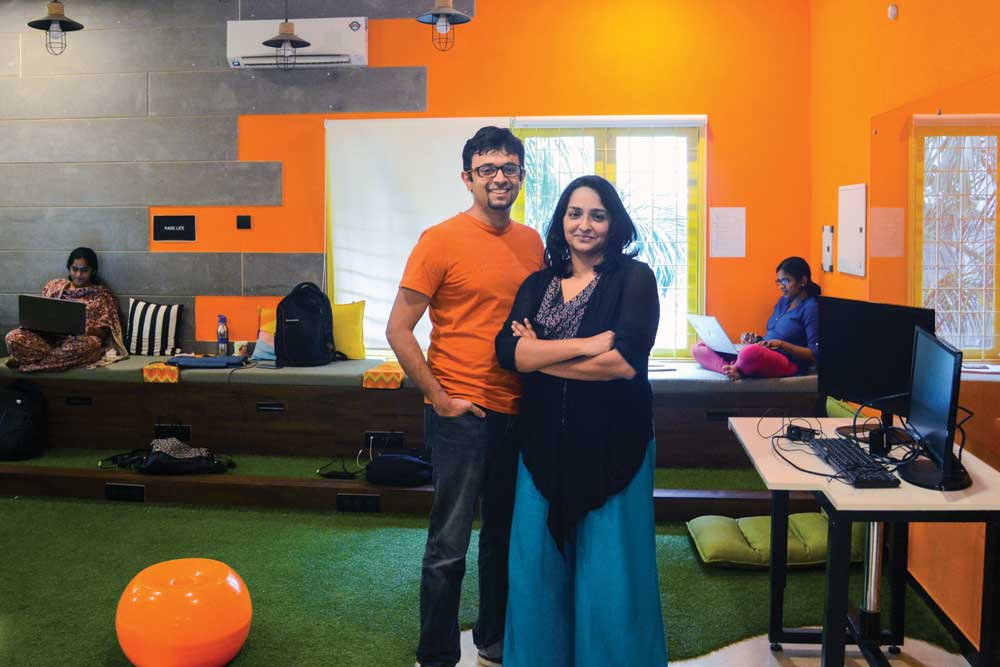 It is 2016 and artificial intelligence, or AI, is now a slightly worn idea, a long-simmering sauce that we occasionally glance at to check if it has reached a boil. Of late, the heat has been turned up by the Goliaths of the tech world—Amazon, Apple, Facebook, Google, IBM and Microsoft—who are using it to make the tools we use every day tools smarter, and by its Davids: the startups that employ AI to predict disasters, hasten drug discovery, and build chatbots with the emotional quotient to engage patients with chronic ailments. With improved computational power derived from GPU acceleration and the ubiquity of connected devices, the tools of AI—computer vision, pattern recognition, machine learning and deep learning—are finally being harnessed to remarkable effect. The sauce, which had been reduced to a thick, inchoate mess, is now infused with the flavour of possibility and the pot is coming to a rolling boil.

Until now, AI was rather like a vacation plane in search of a landing strip—we couldn’t wait for it to arrive. Now that the fog has almost cleared, the US government, ahead of the first-ever White House Frontiers Conference at Pittsburgh earlier this month, released a 58-page report titled ‘Preparing for the Future of Artificial Intelligence’. The report dwells on the opportunities from and the challenges of the technology that is already upon us. The commercially deployed applications of AI—voice assistants like Siri, Cortana and Alexa, personalised movie recommendations on Netflix, home automation devices— foreshadow a future where computers will increasingly be pushed to think and learn like a human. Google and Uber have placed big bets on autonomous cars, potentially the most disruptive technology in automotive history since the invention of the internal combustion engine. Intelligent robots could soon be taking over human tasks—in the factory as well as the surgery.

Automation, however, is only one piece of the puzzle, says Ashwini Asokan, a user interaction design expert who co-founded Mad Street Den, one of India’s most promising artificial intelligence companies, with her husband Anand Chandrasekaran in 2014. The couple left Silicon Valley—where she was leading a user experience team at Intel and he was a neuroscientist working with cutting-edge AI technology—to start up in Chennai. “AI can tell us a lot about ourselves that we didn’t know,” Asokan says. It can figure out why a certain user would want to wear a polka-dotted dress one day and an earthy Indian outfit another time, and suggest what else she might like. Mad Street Den’s office in Abiramapuram, a graceful old home with mosaic floors that is taking on a Valleyesque kitsch, is a bit like that capricious customer. It is a little local, a little global, and resolutely interesting. “When we started out, AI was a non-field. There had been many technological advances but no business category had been created. The question for us was, how do we build a business that uses AI in the everyday context,” says Asokan, a mother of two, and a classical dancer.

THE BAY AREA was a place for big fish with deep pockets, so Ashwini and Anand returned to India to make their dollars go a long way. They pitched in about $100,000 from their savings—“Hers, not mine. I was a researcher,” Anand says—to start an AI company, but they didn’t know at the outset what exactly they wanted to do. AI was a staggeringly large canvas, one that has led many an artist astray. They had a plan, however. Anand would create one proof of concept after another using various forms of AI, and Ashwini would evaluate each one in the context of the Indian market. They made a good team; they had, after all, known each other for 16 years. “AI was a technology looking for a problem to solve. This is why most AI companies failed. We started with a broad charter and started experimenting with many concepts, but we knew we needed to have a product focus,” says Chandrasekaran, wearing a Zuckerbergian grey tee and frayed loafers. Mad Street Den churned out solutions in gaming, social networking and image search before hitting upon the magic word that could throw open the floodgates of AI in India: retail. “We looked at the strength of the tech and what it lent itself to. And we looked at people’s everyday lives and wondered how AI could intersect and fit into their habits,” says Asokan.

There were two ways the company could go: build B2B products that were so awesome and subtle that the end user didn’t know they were doing their job, or cater to the glamorous and burgeoning B2C segment by, say, making video games that recognised facial gestures. “We did build a multiplayer game and had small game parties at the office, it was a lot of fun,” Asokan says. “But retail was exploding just then and Asia was far ahead of the curve. There were so many companies that wanted to differentiate themselves from the competition and we realised we could help them.” In early 2015, Mad Street Den raised $1.5 million in seed funding from Exfinity Ventures and GrowX Ventures. In a surprise move, Sequoia Capital, one of the world’s leading VC firms, participated in a Series-A round this year. They all see potential in what Chandrasekaran calls the “closing of the retail loop”. When you click on a product on a fashion retail app, you give it vital information about your preferences and about who you are. The more time you spend on the app, the more it learns about you and its recommendations get smarter, making the experience engaging and increasing the chances of another purchase. Mad Street Den says it can boost customer engagement by 300 per cent. It offers a suite of products to online retailers like Craftsvilla, Voonik and Tata CliQ, including automatic categorisation, personalised recommendations, and deciding what goes on the carousel below the product description. Every time its API—application programming interface—is invoked, Mad Street Den makes money. It has answered “billions” of API calls, says Chandrasekaran.

Recommendation engines are the Carl Jungs of the consumer age, helping us discover ourselves and reflect on our choices. There is more to intelligent e-tail than just recommendations, though. Image search, a much-hyped feature introduced on and later removed from leading apps like that of Flipkart, uses pattern recognition algorithms to find products that are visually similar to the one in the picture you upload. Mad Street Den has steered clear of such low-impact categories even if they may sound dazzling.

AI as we know it today is a collaboration between man and machine (unsupervised learning is a nascent field, but experiments suggest that a computer, after sifting through large amounts of data, can learn to identify and distinguish between patterns even if it is not told what that patterns are.) Mad Street Den employs fashion curators to flag desirable trends and pick suitably paired clothes, and coders and data scientists to feed these to the system, to be meshed with user data to find the right recommendations for the shopper. “Someone asked our fashion designer what kind of top she would recommend pairing with yellow pants. She said, ‘Burn the pants’,” jokes Chandrasekaran. The company has a team of about 40, a few of them in Bangalore and Silicon Valley. Humans provide context, which is the cornerstone of AI, says Asokan. “A child can spot a breed of dog it has never seen before through the window of a speeding car and know that it is a dog, but no camera or computer can know this without having processed millions of pictures of every kind of dog there is,” Asokan says.

Mad Street Den is grounded in reality even as it explores the promise of deep learning. “We are slowly getting into more generalised forms of AI,” says Asokan. “Our work will be driven by groundbreaking algorithms that can anticipate and learn, whether it is driverless cars or other bleeding-edge tech, but while we do this in our labs, we are scaling up in the retail segment.” The US is one of Mad Street Den’s biggest markets. “Companies must be willing to think beyond traditional bottom lines and this doesn’t happen a lot in India,” Asokan says. A problem today is that anything and everything is being labelled ‘AI’, she says. “Many companies are using a very similar language. But a demo is all it takes to show discerning customers how advanced our tech is. We have been enjoying a network effect in the US, with CXOs calling each other to recommend us,” she says. “It may be the best thing that has happened to us.”