Now that the race is won, the BJP will focus on setting its house in order with a Cabinet reshuffle 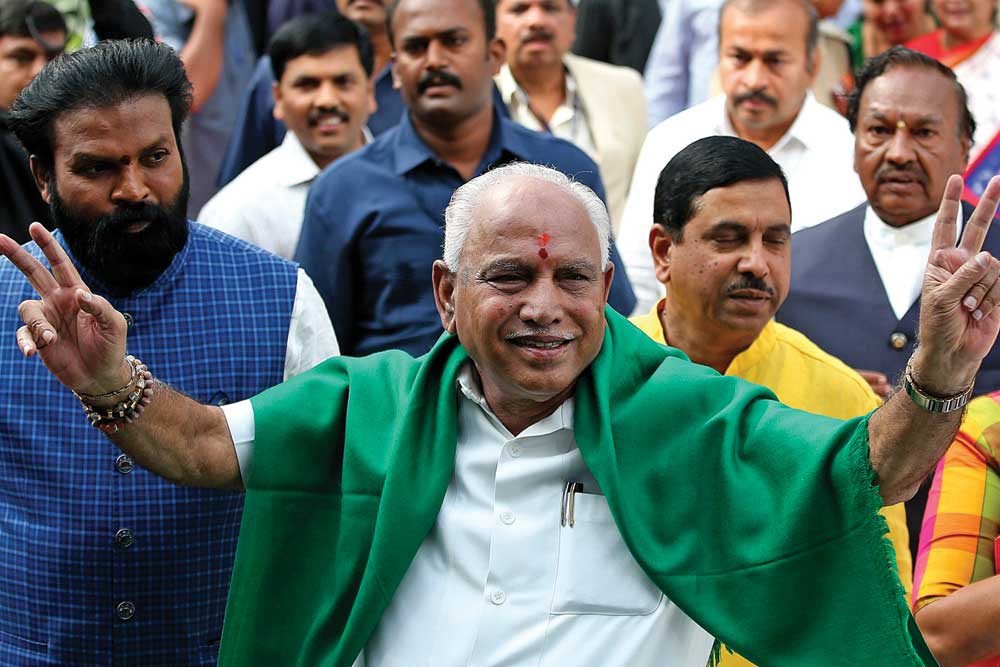 
Ending a long spell of political uncertainty in Karnataka, the BJP, which had assumed power four months ago with a wafer thin majority, swept 12 of the 15 Assembly seats to which by-elections were held on December 5. In July, 17 MLAs had dramatically exited the Congress and the JD(S), toppling the HD Kumaraswamy-led coalition government that had been in power for 13 tumultuous months.

The BJP’s tally in a house of 222, with two constituencies, Maski and Rajarajeshwari Nagar, not going to polls over pending electoral malpractice cases, is now up from 106 to 118. Twelve of the 15 seats that went to the polls were previously held by the Congress. The state Congress leadership has assumed responsibility for the defeat, with former chief minister Siddaramaiah resigning as leader of the Congress legislature party and Dinesh Gundu Rao relinquishing his position as state party chief.

For the BJP, which fielded 13 of the defectors after their disqualification by the then-Speaker KR Ramesh Kumar and a subsequent ruling by the Supreme Court allowing them to contest, the gamble paid off.

The BJP wrested Krishnarajapete, a JD(S) bastion in Mandya, and won Chikkaballapur, opening its account in these districts and announcing its arrival as a pan-Karnataka party. The victory, which could be a morale booster for the BJP ahead of the Jharkhand assembly elections, has been attributed to a multi pronged strategy of fielding leaders with strong vote bases, prevailing on religious leaders and independents to back the party’s candidates, and promising ministerial berths to the MLAs who had defected.

While it is the norm for the ruling party to win by-elections in Karnataka, the results are being interpreted as a decisive vote for stability. Ever since the state delivered a hung verdict in the 2018 Assembly elections, Karnataka has had its share of political turmoil. The BJP, after emerging as the single largest party with 104 seats, had failed the floor test, making way for a Congress-JD(S) coalition that was shaky from the word go. Amid internal squabbling and benched leaders turning their backs on the coalition, rumors of a coup surfaced, but the BJP held its horses. Now that the race is won, it will focus on setting its house in order with a Cabinet reshuffle.