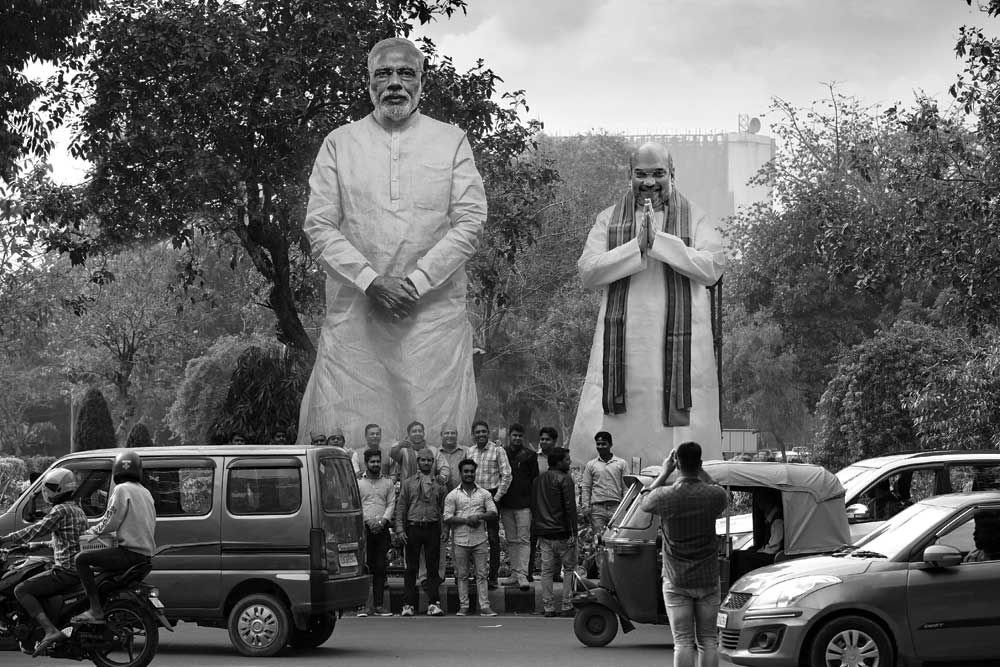 YOU MAY SAY that politics as a science of change has run its course. National mythologies are no longer written by the old peddlers of ideology but by smart manipulators of dreams and despair. They are thriving in places where resentment is the new religion, and fear of the future is the most shared sentiment, and that is exactly what the insurgents of populism covet. In the new order of salvation politics, the world is once again a wretched place made worse by the last purveyors of conventional politics. It needs new revolutionaries who can shatter the centre, energise the fringe and adopt a people abandoned by the Left and the Right. Their legion is multiplying.

Narendra Modi is not one of them.

The swelling impatience of India may have accelerated his ascent, but his story, the only story that excites India now, is different in its origin and nature. He is not your textbook populist who came from the periphery to harvest the anger, feeding on the pathologies of fallen totems. He is not a child of instant disruption. His evolution is methodical, one of Indian politics’ longest quests for power, a lone passage through adversities and all those pieties of the establishment.

In retrospect, 2014 was a victory made inevitable by the faith of one man in the possibilities of himself in a nation abandoned by its politicians. When he reached Delhi, as a debunker who became the name of a movement, it was not the culmination of his struggle for power. It was merely a pause in his struggle with power. Along the way, he had to fight the demonology of his caricature, and that too without any help from the party. He never stopped arguing, and no politician was as passionate as him about the redemptive possibilities of political power.

For India, though, Modi’s triumph in 2014 was a moment of rejection and renewal. Politics as a corrupt enterprise of the privileged, headed by one of the world’s most enduring dynasties, was rejected. A new sense of the nation was born. For so long, the ‘glorious nation’ was a backward journey, taking the enthralled to a distant yesterday. For once, there was no picnicking in mythology, and the dividends of demography in a country with a growing youth population did not allow the retro-romance of the old Ram Rajya. A Hindu nationalist could also be an inclusive moderniser, and Modi was more at home in a conversation with the future than eulogising the past.

The old social engineering doesn’t work in the heartland any longer; a new grassroots movement of Indianness has begun

Power intensifies his struggle. The campaign must go on. The victory in Uttar Pradesh brings out the velocity of the campaign, which not just psephologists but all of us in journalism have failed to gauge. Maybe it is not just the national mood that we are bad at reading; we are probably missing the nation itself. The last certainties of Indian politics are dying a quiet death in Modi’s republic, and we are too distracted by the headlines to notice the slow march of history. The idea of change itself has changed. The wreckage around Mandate 2017 shows the magnitude of his victory, but more tellingly, it highlights the volume of repudiation. He has made the India that doesn’t follow his script redundant.

The first overwhelming idea is that one man’s integrity is an entire nation’s destiny. This is not the march of the maximum leader as we know it, for Modi plays out his personalised politics in what is perhaps the most instinctive democracy. It is not ideology but biography that propels the leadership of Modi, the only storyteller of Indian politics. A higher sense of self-awareness has given his politics, even as it promotes a cult, an aura of detachment. At play is the ascetic, a man without a context, as if politics itself is a karmic endeavour rather than a professional calling.

It is the power of the singular that makes the Modi story compelling. In a country where the moral hollowness of politics is tolerated in the name of pragmatism, he is fiercely confident of his own moral exceptionalism. That is what makes him the best in realising the uses of adversity. He is ambitious, but his ambition is untouched by wealth or family or leisure; it is a spiritual quest. It is not the economics of demonetisation that has been endorsed by the poor in UP; it is the honesty of the man who stands for nothing but the restoration of an equal India. What makes the so-called conviction politician a trusted ally in unequal societies is not his version of utopia but his authenticity. And that is something Modi has in abundance. In an age when ‘fake’ is the most popular adjective in nativist politics, India offers variety. Modi has made his opposition irrelevant because he is an original in an arena dominated by fakes. They don’t have a counter-narrative to face up to him; all they have is an immense capacity to wallow in defeatism.

To their horror, in Modi’s India, identity is not destiny. In spite of their best efforts to make Modi a polarising figure, UP is a vindication of how a shared vision of the future can defeat the politics of caste and communities. The old social engineering doesn’t work in the heartland any longer; a new grassroots movement of Indianness has begun. The Modi that looms over the ruins of identity politics and the last pastiches of dynasties is not your average strong leader, an indigenous Erdogan or Putin; neither is his power a throwback to the paranoid Indira. What propels him is not the totalitarian temptations of a leader afraid of his own shadow. It is a terrifying moment of truth in Indian democracy: sometimes it takes only the struggles and sagacity of one honest man to bring cheer to a nation on the brink of a nervous breakdown. 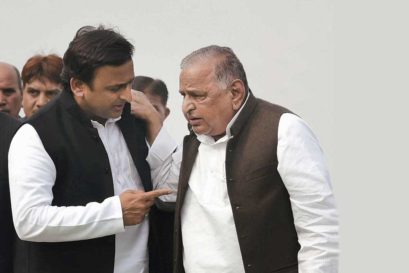