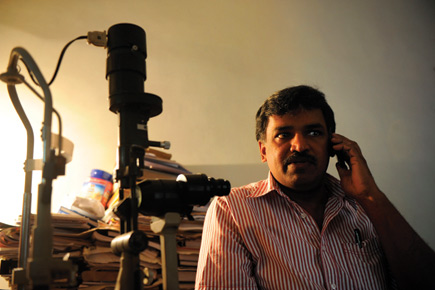 
There were 187 doctors present. The venue was the banquet hall of Toshali Sands Resort in Puri, Odisha [formerly Orissa]. The date was 14 April 2008. The event was a meeting of the Indian Medical Association’s central working committee. Dr SM Misra, then its secretary, presented a report of an endorsement committee that had met at its New Delhi headquarters six months earlier. The report  contained what it considered a decent proposal: that PepsiCo be allowed to use the IMA logo on packages of Quaker Oats and Tropicana fruit juice for three years. Apart from the logo, Quaker Oats’ packaging was to bear this line: ‘3 gm of soluble fibre from Oats in a diet low in saturated fat and cholesterol may reduce the risk of heart disease.’ In return, the IMA would get Rs 54 lakh annually for the next three years.

Not one of the 187 doctors present issued a note of dissent. It is hard to assume that they were unaware of the ethical and legal implications of such an endorsement. Under Section 39 of the Prevention of Food Adulteration Act, 1954: ‘There shall not appear in the label of any package containing food for sale, the words ‘recommended by the medical profession’ or any words which imply or suggest that the food is recommended, prescribed, or approved by medical practitioners or approved for medical purpose.’ Likewise, Section 6.1.1 of the Code of Medical Ethics formulated by the Medical Council of India (MCI) is just as clear about restraining doctors from endorsing commercial products. However, at the Puri meeting, the only concern raised by doctors was how the money was to be split. Some demanded that the IMA’s state committees get a share—turned down by the central leadership.

Established in 1928, the IMA is India’s largest organisation of doctors. With 78,000 members, it operates across 23 states and nine union territories, and its website declares ‘the maintenance of honour and dignity of the medical profession’ as a key objective. Disgracefully, this was entirely overlooked by that meeting, says Dr KV Babu, an ordinary member who was not invited there. “The endorsement was totally illegal,” he says.

Alarmed when he heard of it, Dr Babu wrote to the IMA president, asking him to review the decision. On getting no reply, in June 2008 he filed a complaint with the MCI; as a statutory body, one of its roles is to regulate the conduct of doctors. The Council too ignored Babu’s letters at first, but his persistence resulted in their issuing a notice to the IMA. But a few months later, when Babu filed a Right to Information application, the Council pleaded helplessness. It said it couldn’t do anything in this case since it could haul up only individual doctors for malpractice, not an association.

Dr Babu refused to believe it. He wrote to the Ministry of Health, asking it to take action against the MCI. The Ministry asked for the matter to be ‘reopened’, but when that didn’t happen, Dr Babu appealed to the Central Information Commission. “I wanted them to tell me whether it was legal for a medical organisation to endorse products,” he says, “I also wanted them to clarify whether the Medical Council’s claim that it had no authority over the IMA was true.”

The Commission posed the question to the MCI, with a deadline to respond. Meanwhile, Dr Babu also wrote to the National Human Rights Commission, which too issued a notice to the MCI, which finally declared the endorsement illegal in August 2010. The MCI also suspended the practice of IMA’s president and secretary for six months.

Ironically, though, the IMA still doesn’t accept any wrongdoing, and is yet to cancel its MoU with Pepsi. “What is wrong in it?” asks Dr M Bhaskaran, IMA’s vice-president. “It is a fact that fruit juice is good for health. It is a fact that regular consumption of oats reduces the risk of heart disease.” Even if so, it still does not justify a devilishly lucre-led advisory. “It is disgraceful,” says Dr B Ekbal, a former vice-chancellor of the University of Kerala who is also a practising neurosurgeon and public health activist: “The IMA did not state this fact in a medical journal, but on the package of a couple of commercial food products.”

To be sure, it hasn’t been an easy battle for Dr Babu. After he raised the issue, he was hounded by the IMA, which expelled him from its central committee and served him a ‘show cause’ notice for publicising the issue last December. On 23 April, a Central Working Committee meeting in Ghaziabad will decide whether he will be expelled from the IMA. Now, IMA membership matters to doctors. “It offers protection against the risk of medical negligence cases,” says Dr Ekbal, “which may happen at any point of time in this profession.”

To Dr Babu’s relief, the latest packs of Tropicana and Quaker Oats do not have the IMA logo, even though the association says it has not backed out of the deal. “We have decided not to endorse any commercial food products in future, but we can’t cancel the present one,” says Dr Bhaskaran, “PepsiCo might have voluntarily decided not to use the endorsement in the wake of the controversy.”

According to a PepsiCo spokesperson, “Our arrangement with IMA was a partnership programme in education to promote good nutrition among consumers. The arrangement has reached the end of its duration, and hence the use of IMA’s logo has been discontinued.” The multinational has already got what it sought, it would seem—a sales boost by adopting a credible position of ‘health’ in the consumer’s mind. As Sanjeev Chadha, CEO of PepsiCo India, had said in a 2009 interview to a business magazine: “There is massive momentum on Tropicana juice. We got an endorsement by the Indian Medical Association. We are trying to work with the doctor community.”

Quaker Oats, no doubt, has got a sales boost too. There’s a history to IMA’s habit of stamping commercial products with its approval. In 2004, it certified Eureka Forbes’ water purifiers. It also struck a deal with Dabur for its mosquito repellent Odomos. “All these endorsements are unethical, but it becomes dangerous when it comes to food,” says Dr Ekbal, whose own equation with the IMA has been uneasy. In 1987, its Kerala chapter had called for a strike against a government move to grant Ayurvedic doctors the eligibility to conduct surgeries. Dr Ekbal opposed a total shutdown of medical facilities (including casualty wards) because it would’ve been a blatant violation of medical ethics. He found his membership cancelled. He went to court, which reinstated his membership. Having proved a point, Dr Ekbal attended the next state committee meeting and then gave up his membership.

Dr Babu must wait till 23 April to hear of his own ouster (or otherwise). “It is an organisational matter,” says the IMA vice-president, “not yet decided.” A former secretary of the association, Dr Vijay Kumar, though, betrays the mood of fellow members. He calls Dr Babu “mad and crazy for media attention”.

Ad hominem criticism does not bother Dr Babu. Proud of what he has done, he says, “It was one of the most shameful episodes in the contemporary history of public health in India.” Consumers and patients alike would agree.