Faced with too many common folk clogging everything up, the social networking site Facebook went exclusive with a snazzy new version—only by invitation. 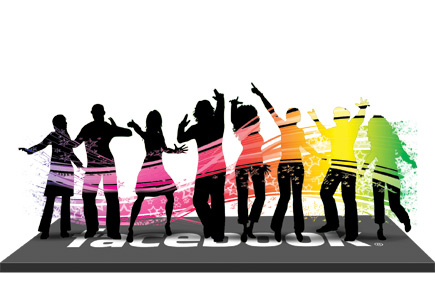 Faced with too many common folk, Facebook went exclusive with a snazzy new version—only by invitation.


Remember the stuff they used to say about the world becoming a family? How social networking via the internet was bringing people together… crushing distance, junking geography, overleaping boundaries and reshaping relationships? How Facebook and Twitter were the biggest human equalisers since the zipper?

All that bunkum is out, out, out. Gone. Kaput. Finito.

Some analysts think it was, like the smell of almonds, or fate itself, inevitable. Sometime in 2014, ten years after ‘social networking’ arrived on a mission to bring the world together, it became the world’s newest class barrier. It happened as many such things do. Driven by nostalgia for its Ivy League origins as a Harvard-only network, Facebook began Facebook Black—by invitation only.

Its second biggest attraction was its annual fee, which was more than the price of a razor-edged sedan, the biggest being the very privilege of an invitation, rumoured to be rarer than one for the Oscars. A real nose-upturner.

Of course, it was a technological marvel, and a brave new one at that. Facebook Black SS ran on the Sixth Sense platform; you no longer needed to log on, or even sit in front of the computer, or even point a camera to shoot. Pranav Mistry, the whizkid of Indian origin who invented Sixth Sense and was interviewed by Open long before he achieved worldwide cyber-fame, had finally developed a smaller portable version of his prototype which could be operated by hand gestures. This took finger pointing to a new level altogether, which meant that all that users of Black SS had to do was wear markers on their fingertips, hang a small projector by their necks, and presto, the world was their network.

It was super convenient. Just pointing at someone was enough to add him as a ‘friend’ (with backroom security services doing all the checks), and a mafia-esque gesture with the thumb meant he was being ‘unfriended’ with immediate effect (with the backroom taking due note).

The input technique, though, wasn’t the only change. Facebook itself had changed. You could still scribble travelogues and maintain photo albums, but this was about luxury, so your profile page could be designed by Kioken (charges: about $500,000 for a site), and your holiday pictures edited by Annie Leibovitz, Demarchelier and the like. Then came the ultimate concierge service. You no longer needed to think of a witty status message, just tell Facebook what you’re thinking, though the backroom snoops can guess what you’re thinking quite accurately, and they’d execute it for you. Black SS took personalised luxury to another level. Fashion shows dumped Paris and Milan for Black. Its virtual front row reeked of privilege, as did the decidedly classier Schmooz, Pssst, Flirt and Po’ak (‘poke’ with an upper-crust accent), all just a finger flick away.

The higher ups in the Black hierarchy took their new found love of ‘privacy’ to another level as well. Parties, after parties, after after parties and affairs with others’ wives, not to mention the Botox parties, all happened only within the most rarefied regions of Black, barred to anything approaching riff-raff. If allowed in, you could whisper in Gaultier’s ear, bitch to Nicole Ritchie about that old hag Paris, and convince Steve Jobs to get you a prototype of the ninth generation 3D iPhone.

But the most successful aspect of Black has been its neat avatar application (not to be confused with characters in Avatar 3: The Revenge of the Flying Navi). The app was out of the world, with option choices ranging from butt sponginess to boob upliftment levels, with cyber threads designed by Fendi, Herve Leger or Monsieur Armani.

These past few years, people have tried explaining the phenomenon of Black. The consensus view, as determined by a Black poll (others don’t count) is that the world was becoming too much of a family. Millionaires, artists, film stars and ministers were all on Facebook along with all those common folk (read nobodies) and pesky activist types with a new petition to sign every day.

True, it worked nicely for a while. Having hundreds and hundreds of virtual friends, and knowing who a friend of a friend of a friend was having a cyber affair with, all under the watchful gaze of cyber snoops of varied affiliations, was fun while it lasted. Voyeurism can be fun even for lay folk. But the privacy settings had already come under intense pressure, if not scrutiny, and in the ensuing chaos of information blurring the private and public divide, it was perhaps inevitable that social networking would have to abandon its openness and go exclusive.

However, old-fashioned Facebook for the aam janata is not exactly a ghost town. There are people there, especially politicians who insist they like hugging India’s sweaty toilers (online, of course). Look hard enough, and you still find unending rave parties with cyber dope and purple highs, whether you are stuck in a traffic jam or a yawn-a-minute meeting. Your Facebook identity still serves as your primary identity, and the backroom security men have finally mapped all the millions of connections here too, so it has been sanitised for safe usage by the finicky.

Why, as I sit writing this, I am still on Facebook, the original network. In fact, I have just changed my relationship status to ‘single’, shot off a message to my grocer for some eggs and milk, checked on my dry-cleaning and fixed a date with a girl I saw on a friend’s friend list. That said, you’re bound to wonder what happened to those who tried to rebel against ‘profiling’ by deleting their FB profiles to go offline. It was social, professional and active suicide all rolled into one.