The gatherings of the season

From travel and movies to books and food, a collection of all things cool this summer 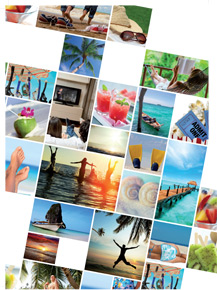 From travel and movies to books and food, a collection of all things cool this summer

Though the scale varies by 90 years, whether you choose to believe Wednesday’s Indian Express (‘Mercury touches 100-year June high in Mumbai’) or The Times of India (‘At 38°C, city’s hottest June day in decade’), what is not in question is that the heat did set some sort of a new record in Mumbai. In Delhi, a 62-year-old record was broken on 9 June when Palam registered 47.8 degrees on its thermometer. But headlines are hardly necessary for something that can be felt in the bones by stepping outside. To experience the full glare of summer is not a thing of joy.

An indication of India’s eternally uncomfortable relationship with the summer can be found in Ritusamhara (The Gathering of the Seasons), a poem by Kalidasa. The court poet is believed to have lived in the fourth or fifth century AD in Ujjain, then a city of gardens, groves and terraced mansions. One Ritusamhara translator, Chandra Rajan, notes about the poem: “What strikes the reader immediately is the extraordinary particularity with which the world of nature is observed in all its variousness in the changing seasons: parched under the burning sun and devastating drought, revived and renewed in the rains with brilliant colours splashed all around; mellow in autumn’s golden plenitude; shivering and pale under the wintry moon’s icy glitter. Each season leaves on the landscape its impress of beauty caught in the glowing imagery.”

Except that the impress of beauty Kalidasa evokes in the first canto on summer is mostly about its misery and coping with it. For a poet obsessed with sensuality and seasons, linking the two can take strange forms. Stanzas begin with lovely lines like: ‘Night’s indigo-masses rent by the moon’ and end with ‘In Summer’s scorching heat, my love.’ There are endless lines on the desperate plight of animals, birds and plants who suffer through the season. It must have taken some effort for a romantic like Kalidasa to write poetry on the heat of summer; the redemption being only that he was setting the stage for the monsoon, where poets of his disposition could really roll up their sleeves and get to work.

Even conquerors found the Indian summer a far worse adversary than native armies. The British, once they established their empire, lost no time in creating hill stations, mini islets that took them as far away from the heat of the Indian plains as possible. The wise thing to do in the season, they quickly realised, was to find a manner of escape. This is true even now. Technology should have been overlord of the weather; and yet the country is, at the moment, witnessing electricity cuts, power riots and heat strokes, all familiar signs of the Indian summer.

And therefore, like poets who celebrate the summer by using it as a context for better things, the wise enjoy the season by countering the worst it has to offer. There are things you can do and many of them are on offer in this Summer Special.

For example, the simplest of all—escape to a cooler place, into lands where the sun shines mellow and there is a pleasant chill in the air, where meadows and gardens line the paths you walk and snow-crested peaks loom so large it almost seems you could reach out and touch them. The Himalayas and the trekking trails that dot them are a good bet, and we look at nine of those options.

If it is not possible to physically remove oneself from the city, there are the flights that the imagination permits; worlds contained in the pages of a book or in the reels of a movie. Between a page turner and a novel that snails along speaking of human experience is the literary thriller. In ‘The Replacement Thrillers’, we list the best of those available at the moment. There is an entire category of movie classics too, that many of us, brought up on a staple of contemporary Bollywood and Hollywood, are not acquainted with. These are the movies which shape cinema itself, and we got in touch with the best avant garde directors in India to talk about their favourites in this genre. You might want to pick up some of these old DVDs and watch, when the heat insists you stay inside.

There is also the escape and joy of consumption, the experience of fine things: summer food, like Mango Daulat Ki Chaat which one chef calls the lightest mousse in the world; gadgets like robots that clean your home when the heat makes you languid; and fashion trends that make a sari bikini a bestseller. Flip over for the escape plan: a gathering of ideas to best grapple with the season.