The Cult of Zara 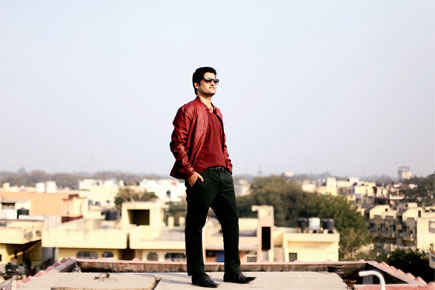 When Mango opened its first big store in South Extension, New Delhi, in 2001, college-going me went crazy. Gone were the days of wearing sporty luxe wear from Benetton and the likes of Lacoste, Levi’s and Lee, which made me feel like I was still in school. Mango was a different world. There were basic vests with plunging necks that looked great with denims, dresses that were sexy not cute, and trousers that highlighted your butt instead of making you look like you were ready to play golf. I also ditched the Fabindia uniform of Delhi University as I left college for a more chic me, ready to go out and work in a professional environment. Mango changed my style, and so changed me.

I have not gone to Mango since 2010. That’s the year Spanish high-street brand Zara opened its first stores in India, in a tie-up with Tata’s Trent initiative.

If news reports were to be believed, almost 500 women visited the first store in Delhi’s Select Citywalk mall in the first few hours, and the store clocked Rs 1.25 crore on the opening weekend.

Sonali Nangiya, president of retail consultancy firm Technopak, says that the high-street brand has done really well in India thanks to its understanding of what the Indian buyer wants. “They made almost Rs 400 crore last year. It’s been an early win for them as they know what the aspirational Indian wants. They have more casual wear in India and they retain their expensive line in their limited editions. Their pricing is great as well.”

Having been branded a ‘Zara whore’ by those who feel the high-street giant is a mass-producing demon that diminishes individual style, I still think the retail chain has changed the way some of us shop. On an average day, you may find me dressed head to toe in Zara—top, denims, bag, shoes, dress, all—and I am unabashedly okay with that.

With its unusual ability to cut across ages—I have seen a 16-year-old and a 45- year-old try on the same jumpsuit—and its strong hold on international trends, Zara has fast become a go-to for affluent Indian women. When you wear Zara, you’re right on track with what’s on international runways—though this has exposed Zara to the wrath of many. It was recently noticed by fashion bloggers worldwide that Zara had been ‘inspired’ by designer brand Celine’s 2013 pre-fall collection to create a polyester accordion skirt and silk blouse exactly like the brand’s. Zara’s, of course, was priced much lower than the original.

But Zara has come a long way from the time it was almost named Zorba by its Galician founder Amancio Ortega, who was the world’s third richest man in 2012 and replaced Warren Buffett on the Bloomberg Billionaire Index. Ortega owns Inditex, known by its most popular brand Zara, among other brands such as Bershka and Massimo Dutti. As a 2012 New York Times piece on Zara put it, ‘Inditex is a pioneer among “fast fashion” companies, which essentially imitate the latest fashions and speed their cheaper versions into stores. They all follow the Zara template: trendy and decently made but inexpensive products sold in beautiful, high-end-looking stores.’

But that’s exactly why Zara works—it’s fast, chic, on-trend fashion at prices we can actually afford. Raj Kundal, a Delhi boy from Janak Puri who owns a call centre but can’t converse too well in English, is a die-hard Zara lover. “I don’t go to a gym and all, but I am already slim and sleek and that’s why Zara suits my body well.” Before Zara, he used to shop at Levi’s and Louis Philippe, but he hasn’t gone to those stores for a while now. “It’s obviously about their quality and all, but it’s also about a state of mind. It makes me feel confident, and I know I am looking super trendy when I wear Zara. That’s important for me.”

Priya Sharma, 24, feels Zara has forced her to experiment with her look—ironic, because many fashionistas are of the opinion that Zara forces you to conform. Once at a fashion week some well-meaning person told me snidely, “But it must be easy for you, right, to dress up for fashion week. You just go to Zara and buy things that match.” Priya laughs, “I don’t let the brand dress me. I dress the brand. Yes, I may wear Zara as formal wear, casual and even nightwear, but I add my own edge to it, be it with a piece of jewellery or shoes. Zara has changed the way I dress for sure. It’s a brand with bold cuts and bold prints—stuff I haven’t seen anywhere else. That has made sure I look edgier and smarter. It’s also so affordable.”

For news anchor Janvi Morzaria, it’s as simple as the fact that she finds trousers at Zara that make her Indian body look slimmer and slender. “That’s an awesome thing. They fit me so well.”

A 2003 Harvard case study on Zara says: ‘Instead of predicting months before a season starts what women will want to wear, Zara observes what’s selling and what’s not and continuously adjusts what it produces and merchandises on that basis.’ And it’s selling to the rich and famous too. The Duchess of Cambridge Kate Middleton has been spotted wearing Zara (her blue dress caused quite a flurry), Selena Gomez is a fan and even the British First Lady Samantha Cameron can’t get enough. At home, Deepika Padukone, Parineeti Chopra and Sonakshi Sinha have all been seen sporting Zara. An Atlantic piece on Zara’s popularity quoted Masoud Golsorkhi, editor of Tank, a London magazine about culture and fashion, as saying, “Prada wants to be next to Gucci, Gucci wants to be next to Prada. The retail strategy for luxury brands is to try to keep as far away from the likes of Zara. Zara’s strategy is to get as close to them as possible.”

Blogger and designer Akanksha Redhu says that Zara’s biggest strength could be the fact that it has made Indians aware of trends. “We now don’t shop because you need clothes. Instead it’s like, ‘Oh, ripped denims are in fashion, so let’s go to Zara and buy them. Oh, cropped tops are the new ‘it’ thing; Zara will have them.’ That is its impact.”

Why I love Zara could just be because it seems to realise that all women are differently shaped—in their bodies and in their minds. If it has a crop top for the skinny teen girl, it also has a lace dress for 31-year-old me who wants to show a bit of skin while keeping it all classy. Maybe why Zara works is best explained in a few lines that its communications director, Jesus Echevarría, said to NYT, “We must have [a] dialogue with the customers and learn from them. It’s not us saying you must have this. It’s you saying it.”