Sexuality and the State 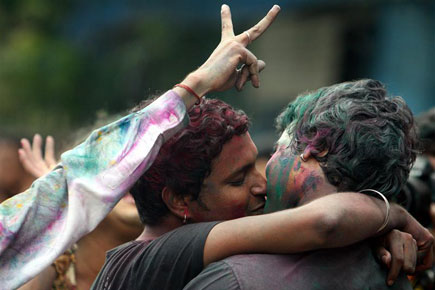 
Mangesh Karande is 26, unmarried, and drives an autorickshaw in Mumbai. He prefers the late night shift because of the higher fares he can charge.

He prefers the late night shift for another reason: Mangesh is intimately familiar with the ‘ladies’ who loiter around the dark corners of Linking Road after midnight. He has his favourites.

Like the thousands of other autorickshaw drivers who also frequent these spots, Mangesh knows that these ladies are actually men dressed as women—some are transsexuals, some are not. This fact does not seem of much consequence to their clientele.

For men like Mangesh, sex happens between bodies, not genders. For them, sex is unabashed, uncomplicated, and, in a way, liberated. In their world, sex comes within the ambit of either pleasure or purpose. The former can be enjoyed with anybody; the latter, with their wives.

Mangesh poses a unique challenge to the dominant queer rights movement in India. He is not easy to slot within the queer alphabet milieu. The Indian LGBTQI movement has largely adopted—for better or worse—a Western character in its approach. We look towards the West, specifically Western Europe and America, for trends and strategies in fighting our own battles. We gladly adopt the Human Rights Campaign’s ‘equal’ sign in solidarity with the equal marriage cause. Our terminologies—queer, intersex, gender-curious—are picked up from Western post-modernist academic discourse. We would classify men like Mangesh as ‘gay’ or ‘bisexual’, labels whose implications would surprise them if they knew what they meant.

The recent decision by the Supreme Court of the United States to strike down the Defense of Marriage Act (DOMA), which prevented gay and lesbian couples from marrying and enjoying full and equal State recognition, was celebrated with as much gusto within Indian queer circles as American ones. Meanwhile, there are also anti-equal-marriage voices within the Indian queer movement, almost exclusively coinciding with the left of the political spectrum, which sees this recent US apex court decision as undesirable, as a reflection of the continued hegemony of the heteronormative marriage paradigm. Paradoxically, this contrarian movement in India also looks to the West’s post-modernist vocabulary for inspiration despite its anti-Americanism.

In the midst of all these Westernised constructs, the fluidity of sexual expression in India is often ignored for the expedience of fighting for the rights of well-defined communities. The fear is that such facts muddle the mind more than clarify, and can pose a threat to the march of equality for self-identified LGBTQI individuals.

In a sense, these fears are not entirely unfounded. India’s Supreme Court is yet to decide on the matter of decriminalising homosexual acts; and pushing a pedantic nuance on the diversity of sexual behaviour in India is hardly going to make the whole affair more palatable to Indians at large. Often, big victories require broad and bold brush strokes.

Nevertheless, it is hard not to point out that by adopting Western templates for LGBTQI rights advocacy, we may have overlooked one of the unique strengths of our own culture, which could have formed the bedrock of our argument for equality: namely, Indian culture’s historic character of decentralised authority.

The Western template seeks the endorsement of the State—a dominant power centre—by agitating for strong legislative and executive-level action. This is because the State is accepted as an authority over matters of human nature and personhood, a view that has roots in Hegelian and monotheistic thought. First, the State, in all its wisdom, presumed to know what ‘acts against the order of nature’ are, and then chose to outlaw them; now, the State is being asked to reverse its decision.

Indian pantheistic traditions are hardly amenable to such centralised authority. Nature is not thought of as something humans can preside over. As a result, the products of nature are accepted as is—sometimes, as in the case of traditional hijra culture, begrudgingly so. Indian thought allows for varying and competing power centres across different contexts that result in organic synergies and trade-offs.

The Indian approach is to be left alone. It typically likes to circumvent the power of the State to get about its functions. The State is seen—often rightfully so—as inept and, at best, an annoying interference in the daily flow of organic human events. In this sense, LGBTQI individuals in India have a common cause with almost every other fellow Indian in that our ultimate goal is the sexual emancipation of all citizens from intrusions of the State. Our struggle for freedom and equality under the law, then, would be a sexual liberation movement for all Indians—including Mangesh.