Confessions of a South Asian Pacifist

Basking in the hospitality of Pakistan, remembering the thrill of the liberation of Bangladesh, and trying to be a good guest of Sri Lanka 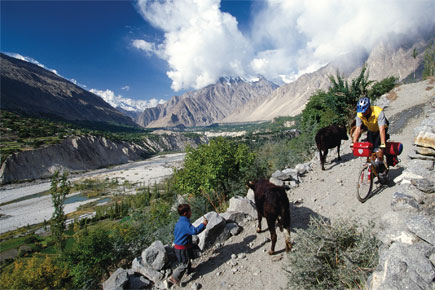 Basking in Pakistan’s hospitality, Bangladesh’s liberation, and trying to be a good Sri Lankan guest

I travel a great deal, but rarely for tourism as such. Almost all of my travel is people-oriented: meeting friends, making new ones, attending seminars and conferences, delivering speeches. What looking around I do tends to be incidental, not so much because I am not interested but because my journeys are usually fairly short and much of my time is taken up huddled for the purpose that brings me there. Far too many of my foreign trips are only airport-to-airport, with a hotel thrown in between.

This almost inevitably makes Pakistan my favourite destination—as I have more friends in Pakistan than enemies in India. So, I am always assured of an exceptionally warm welcome, and I bask in it. People are eager to talk and to listen. They want to ask why things are so wrong and suggest what might be done to set them right. Frankness is not overlaid with rancour. Bewilderment rather than hostility is what I encounter. The desire for peace is overwhelming, the road to get there foggy in the extreme. There is also a sense of helplessness over who can do what. Caught between military rule and mindless terrorism, Pakistan’s ordinary citizen feels disempowered; doing something about it lies in someone else’s hands. When things appear to be moving forward, there is relief; when there are setbacks and roadblocks, there is an aching desire to remove the hurdles, combined with painful recognition of the inability of the Pakistani in the street or mosque to influence, let alone determine, the outcome.

That is not so different from the situation that prevails on our side of the border. We too tend to be led rather than lead, quickly adopting the biases, anxieties, concerns and hopes of our leadership, swinging with what the Government says, believing that it must know things we do not, and therefore leaving it to them to do what they think right. Hence, the rollercoaster ride.

I have an advantage over most Indian visitors to Pakistan, for I have lived in Karachi for three years: December 1978 to January 1982, three defining years, years when I discovered how fragile my prejudices were against Pakistan and Pakistanis, how ill-informed I was about them as a people and a nation, how easily I could empathise with their woes and joys. Those were also years in which I discovered how close we were in emotion, reaction, inclination and desire; how similar were the well-springs of our culture and language; how parallel were our problems and solutions; how similar we were and yet how distanced. Also, the qawwalis and mushairas—and our common national anthem for 2010: ‘Munni badnaam hui/Darling tere liye!’

Perhaps, too, I was excessively flattered by the high regard in which they held India and Indians, despite having had it drilled into them by their teachers and  official media that we were the Other, we were the Enemy, that They were They because They were not We. Much of what they had been taught to distrust had simply drained away, leaving for most a vacuum of non-knowledge, which they were happy to fill if chance brought them in contact with an Indian.

I felt then, and I feel now, that my greatest disadvantage has been not having relatives in Pakistan. If I had kith and kin there, perhaps I would discover another face of Pakistan. But having only friends and acquaintances means that choice has played a role in it, and so it is perhaps inevitable that among such a friendly people—the friendliest I have come across in a lifetime of wandering the world and living among foreigners—those Pakistanis who do not like me would shun me and so I would not know them, whereas if I had relatives, they would have no alternative to letting me into their hearts as much as their hearths, and I might then have discovered something which in three years of living in Pakistan and some 30 journeys up and down from India, I am still to find—discourtesy, rejection, repudiation.

Alas, our idiotic visa regime means it is mostly only relatives who visit each other, and friends never discover each other.

I travel to Bangladesh mostly in memory. For it was my great good fortune to be appointed secretary of a committee to organise relief supplies to newly liberated Bangladesh literally at the very moment the surrender documents were being signed in Dacca (as it was then spelt). That assignment took me to Bangladesh almost every month, and often more frequently at a time when two historic events made one proud as never before (and, perhaps, never since) to be an Indian: for having contributed to freeing an entire people from vicious oppression and violence; and Indira Gandhi’s decision, unique in the annals of history, to withdraw our armed forces within weeks of victory.

The nature of my assignment, combined with the easy availability of armed forces helicopters, took me to the far corners of amaar shonar Bangla: from the Dawki Crossing on the Meghalaya border to the Chhatak cement factory that could only be approached by gliding along the river on a flat boat; standing, as a guinea pig, at the fender of the engine as the first train made its experimental voyage to cross the war-ravaged Hardinge Bridge we had rebuilt, to ensure that Sheikh Mujibur Rehman would not topple into the river when he inaugurated it the following week; sweeping down to lovely Chittagong and up into its gorgeous hill tracts; and Dhaka itself, brimming with people brimming with gratitude. My enduring regret is that I did not make it to the beaches of Cox’s Bazaar—and have never since been able to.

That was a Bangladesh that soon vanished. Grievances started bubbling to the surface within less than a year of Liberation. We then wasted four decadespicking quarrels. Now, at long last, good sense would appear to be prevailing. Through these turbulent years, I have made several official trips to that country and a few private ones. The official visit etched in gold in my memory is travelling to the cyclone-devastated island of Uri Chhar in the Bay of Bengal with Rajiv Gandhi when he refused to boast of any relief supplies, saying those announcements could be made in advance; he was visiting not to gain any kudos but only to show his sympathy for victims. And my most memorable private visit was when in 1996, Aveek Sarkar commissioned me to spend a week travelling around the country to write a series for The Telegraph on the silver jubilee anniversary of the birth of Bangladesh. Bewildered at my enthusiasm and excitement, the spouse of one of our diplomats remarked, “You actually like these people?” How self-destructive could we be?

But much as I enjoy going back, meeting my greying, balding, paunchy friends from 1972 and catching up with the new generation, the most lasting memory is to have been present, aged 30, at the country’s creation: in that first flush of freedom. ‘Bliss was it in that dawn to be alive/And to be young were very Heaven’.

As I entered the Presidential Palace for breakfast with President Rajapaksa, his brother, Basil, remarked, “But how could you have lost the election?” And the President replied, “Because of me.” For he had heard how in the last phase of the Tamil Nadu election, my opponent had distributed morphed photographs of me greeting Mahinda Rajapaksa with a broad smile at my daughter’s wedding. Who would not be delighted at his daughter being blessed on the greatest day of her life? But it was my misfortune that the LTTE were being finally taken out even as Tamil voters were going to the polls to take me out.

I first went to Sri Lanka with my father and the family when I was 10. We travelled from Bombay on the Italian liner, Ugolino Vivaldi, and were seasick most of the way, but then had an unforgettable week wandering in and from Colombo to the botanical gardens at Perediniya and the temple that houses the Buddha’s tooth in Kandy, on through verdant tea gardens to the soaring heights of Nuwara Eliya, round to the ruby and diamond markets of the appropriately named Ratnapura, and back to Colombo. It is among the clearest of my childhood recollections. My love affair with Sri Lanka probably started then.

That, however, was my last trip as a tourist. It is work that has taken me several times since, once out to Jaffna during a brief interregnum when the LTTE had been driven out and behind the Elephant Pass. So the people could breathe easy. And all they wanted to talk about was the gross excesses they had been subjected to by their alleged liberators.

I have had what is perhaps the unique privilege of being invited by the TULF (Tamil United Liberation Front) to deliver the centenary memorial lecture on their founder, Chelvanayagam, and later by the Bandaranaike family to deliver a memorial lecture on Solomon (Sword) Bandaranaike, Chelvanayagam’s principal political opponent. I think I annoyed my Tamil hosts by retrieving a statement made by Chelvanayagam in 1952 that he would be content with a federal Sri Lanka in which the Tamil population in the north and east would enjoy provincial autonomy, and perhaps my Sinhala hosts by pointing out that under Sword Bandaranaike, Sri Lanka had suffered the misfortune of having their version of the BJP coming to power within a decade of Independence—a reference to the narrow, religion- and linguistic chauvinism-based plank on which Sword had won his election; only to be so upset with what this had done to inter-communal relations in Sri Lanka that he sought to rectify matters the next year by forging his celebrated 1957 pact with Chelvanayagam, only to be stabbed to death for this by an angered Buddhist extremist.

That both sides should have invited me to speak is tribute I believe to the most broad-minded and democratic people of South Asia, tragically caught in a web of their own weaving, quite out of character, heritage and culture. What Sri Lanka’s heart-breaking story of strife teaches us is that the only way any South Asian country can flourish in this—the world’s most diverse—region is through unity in diversity. Jayawardene forgot that and brought upon his land the misery of a generation of internecine warfare. It was Sword’s daughter, Chandrika Kumaratunge, who led her Sinhalas out of narrow chauvinism into a mood of reconciliation and her Tamils to a trust they had lost in a united Sri Lanka that would treat them fairly. But it was Rajapaksa who secured the final military victory. A pity they so dislike each other. Sri Lanka clearly needs them both.