Can’t Get No Self-Satisfaction 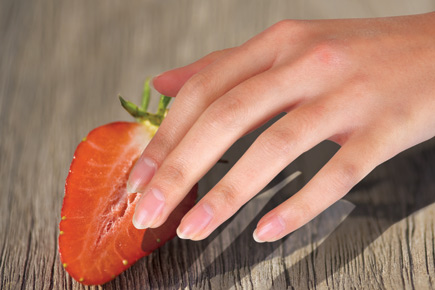 In telling comparison, we view onanism as a natural urge in men. It’s what they do when left to their own devices. “The basis of taboo is a prohibited action, the performing of which a strong inclination exists in the unconscious,” as Freud cleverly observed. “There is no need to prohibit what no one desires to do.” Semen loss has therefore long been the subject of great social apprehension, dating back to seventh century Ayurvedic texts that detail both stringent prohibitions and cleansing rituals to make amends for the inevitable lapse. This long-standing anxiety finds modern expression in the so-called dhat syndrome, a common psychosomatic disorder that affects young men who suffer from fatigue and loss of appetite, which they attribute to imaginary semen loss. Our unwavering preoccupation with male auto-eroticism over the past millennia is perhaps better understood as a ringing affirmation of the modern Indian male’s mantra: mera hath, Jagannath.

History is not entirely silent on the subject of women. Ancient sculptures, texts and cave paintings include depictions of women in a state of unassisted ecstasy. A 1994 translation of the Kama Sutra by Alain Danielou, The Complete Kama Sutra, offers some vivid detail: ‘They use objects with the shape of the virile member: carrots, turnips, and fruit such as bananas, aubergines; roots like that of the sweet potato [aluka] or others, as well as wall pepper roots [talaka]; fruits such as marrows [alabuka], cucumbers, etc.  Having cleaned the fruit, they grasp it and insert it in the organ, so as to cause a pleasurable feeling.’ More telling, however, is the near-absence of any specific rules on female masturbation.

“There is no need to restrict or control what is not mentioned,” says Saroj Gumaste, a Bombay-based sexologist. What is unspoken becomes invisible and therefore unspeakable, creating a taboo more powerful and enduring than a public decree. As Gumaste points out, self-pleasure techniques were quietly passed down from one generation to the other in villages and within families as a cure for various female ailments or simply to release “pressure”. “It was simply something you did. No one named it or felt they must name it,” she says. But with growing urbanisation, collapse of the joint family, and the rise of nuclear households, women lost access to that oral knowledge. Repression compounded by isolation left many educated middle-class women worse off than their grandmothers.

“I learned about sex long before I knew anything about masturbation,” says Rashmi, an ad executive in her late thirties, “The only thing you heard were stories about someone getting caught with carrots or something. It was something for sex-hungry perverts, not normal girls with boyfriends.” While attitudes are changing in the new generation, according to Pune-based clinical sexologist Dr Shashank Samak, most women over 35 grew up believing that “touching those parts is dirty or unhygienic, except during the act”. Madhu, a 43-year-old writer, never discussed the subject with her friends. “To say ‘yeah, I do it’ was something disgraceful,” she says, and remembers being deeply embarrassed when someone mentioned it in passing, even though “I was 22 then, and in my first year of post-grad”.

Easy as it is to blame men for our sexual caution, in Shashank Samak’s clinical experience, husbands rarely protest when he asks their wives to explore self-pleasure as the first, essential step toward marital satisfaction. “Most of them are surprised at first,” he says, “And that is because they didn’t even know such a thing is possible. But their reaction is almost always that of relief.”